I'm completely new to online forums , I read them a lot but just don't engage ,

Anyway I've just needed to know if it's just me or does anybody else have this problem.... So I had my first laparoscopy around 3 years ago (age 19) now and I felt fine for around a month and then I instantly got my pains back! I went to the doctors and of course they told me it was impossible to have pain as all the ending had just been removed and that it must be in my head (sounds familiar right) but I refused to let it go so I pushed and pushed and they did the regular pill/injection/prostap/coil routine all with no success until 3 years down the line (age 22) they finally referred my to have another surgery! (Three weeks ago,) they removed 4 areas and a cyst and I hate to say it but my pains are back 😣😣 I mean honestly , I'm in agony ! Is this something someone else has experienced? My doctor seems to ignore me these days and it's starting to get me down!

Any reply would be greatly appreciated 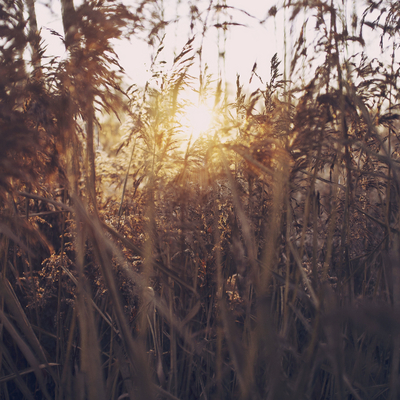 Courtneyabbie
To view profiles and participate in discussions please or .
Read more about...
5 Replies
•

Have you tried a high dose progesterone tablet . The pill has oestrogen so often just progesterone works better. Eg primolut 5 mg daily. Ask to try it . Gp could give it to you. I’ve been on it for 5 years and have a mirena too. The mirena didn’t help a lot but when we added in the primolut I was 90% better.

My surgeon from told me it can’t be the endo causing the pain as I removed it all when my pain returned 6 weeks after surgery! So it must be a common line they throw at us! But the progesterone fixed me up so I’m sure he must have missed some!

Thank you! Unfortunately I did try that and it gave me the worst side effects ! Weight gain, moodiness , acne , and general crappy feelings! But thank you!

That’s no good. Yes I’ve heard depression can happen in about 1 in 7! However micronised progesterone ( which is body identical progesterone and the trade name is Prometrium ) only causes depression in about 1% of people. So if u r desperate and want to try something else about 300 mg of prometrium a day could suppress your endo and not make u feel like rubbish . But I think it may be expensive. Good luck !!!

Hey I’m sort of in a similar situation but my pains never really went away after surgery. Im 23 and I had surgery 7 weeks ago this coming Monday where endo was removed from 4 areas and biopsies were taken from 3 areas. The gas pains and immediate pains from the surgery have gone off and had done by around week 2-3 but the symptoms I had before surgery are the same if not possibly a little worse. The specialist wasn’t expecting to find endo visible to the naked eye as I had a negative diagnostic lap 4 months prior to this last one. So he was looking for microscopic endo...basically he was telling me that he expected me to have all of these pains and symptoms due to microscopic endo, the biopsies all came back and 2 were endo and the other inflamed so I still have microscopic endo. He was fully expecting me to have the symptoms with just microscopic endo so I’m assuming there is a possibility that is what is causing my symptoms still an endo nurse also rang me 2 weeks after my lap and I told her my concerns and she said that unfortunately surgery is no guarantee to improve symptoms. Although I have heard that it can take up to 12 weeks to fully recover inside after surgery

Did your surgeon take biopsies and was he a specialist? Feel free to message me if you have any questions or whatever. I know how you’re feeling it’s rubbish and although we don’t wish it on anyone it’s nice to know we aren’t going through this horrible time alone xx

Courtneyabbie in reply to Abigail16

Hello! Yes she did , she removed a cyst and did biopsy on that and the results came back fine , I've previously had a lap and they did biopsy then and found endo so I know it's deffinatly that ! It's just rubbish that regardless of the strenuous pain and strains we out our body through that were getting not relief ! Xx

Can't get a surgeon to take the risk of treating me!!

hysteroscopy and removed most of the polyp. He also said that he couldn't take any endometriosis...

diagnosed 12 years ago and have had three treatments, I had my last laser treatment 6 years ago....

I am just being selfish

able to remove all but i had the marina inserted this was 3 years ago. Now i have crippling pain...

Help me I just want to be a mum!

heavy and unbearably painful- and I won't have the pill while TTC. My husband and I just don't know...

Daily pain ,can't explain what's going on to me

Im 38 years always suffered with the typical IBS symptoms for nearly 12 years. Until 2 month ago it...