I have a chronic bladder condition I've suffered with bladder infections and issues 11 years . I have a chronic infection in the bladder wall I get treated by a specialist down Harley street as tests show I have an infection in the walls of my bladder. The NHS tests was useless in all this - always coming back negative.. but last year a private dr found ecoli, and two other bugs in my urine. I'm now on treatment for my on going infection away from the NHS.

Anyway away from this for the past 2 months I've had painful periods which I never have suffered with period pain before - I've had constant pain in my right lower side near my ovaries in to my hip and back. Ovulation pain and leg pain at the top.

I've been to a million Drs appointments and a&e so many times. All my vitals are normal , my blood tests are normal and my urine is 'normal' even though we know I have an imbedded infection in regards to bladder.

Anyway, they did a CT scan and found fluid around my left ovary. They said everything else was fine. I'm now waiting on a transvaginal scan.

They keep suggesting PID yet no one is prescribing me anything or doing anything about it. It's so frustrating I've also had endo suggested. I've had the same sexual partner for 7 years haven't had sex in a longggg time due to Mj bladder condition but I know PID can still happen with no sex.

Anyone had similar symptoms? 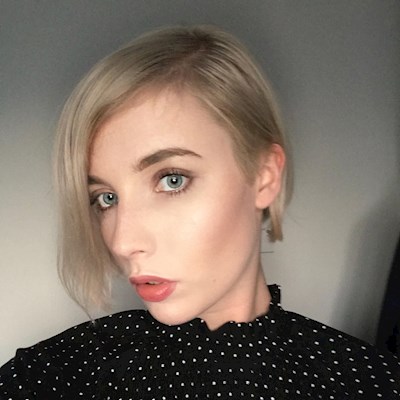 Kate345
To view profiles and participate in discussions please or .
Read more about...
8 Replies
•

I have suffered with Uti infections for the last 10yrs.

I've had scans of bladder/ kidneys also a cystoscopy.

No endo found within the bladder and no real reasons as to why I suffer with them so much.

The last two years I have been having between 12 -16 a year. All suspected infections a urine sample is sent by the GP for analysis and treated with antibiotics.

I've tried low dose antibiotics over a period of months to stop the uti but still get the infections.

I am now having a solution placed in the bladder once a wk to see if it helps to resolve things.

Having endometriosis for 10yrs I thought the two may be linked but I've been told that they are not. Who knows xx

Every single one of my NHS tests comes back negative for infection I went private to see professor James Marlone lee down Harley st london who deals with chronic urine infections and he found bugs straight away.. the NHS testing system is cheap and out of date unfortunately. The professor put me on hiprex and antibiotics which I will be on for at least 1 year. All these short course antibiotics don't resolve the problem :((((

With my period issues not sure if it's just a cyst or endo waiting on s scan to find out..

But generally it leaves a very sour taste in my mouth for NHS!

kellymarie26 in reply to Kate345

I worry about the amount of antibiotics I have to take to treat the constant infections.

I've had over 22 lots of antibiotics in the last year.

I'm sure one of these days I will eventually become resistant to a lot if the antibiotics and that just becomes lethal.

I hope it is a cyst and not endometriosis.

Everyone with endometriosis have a whole host of symptoms and depending on where it's growing the range of symptoms can vary.

The way the professor treats is is he doesn't believe in resistant. To kill a chronic infection we need to be on long term antibiotics or if just comes back / never goes away -

What test did you have to find this out?

When you say your tests came back negative from NHS do you mean urine analysis?

Did you have all the normal symptoms of a uti? Sorry for all the questions. Intrigued on the different approaches.

I was on long term antibiotics but made no difference.

I now go into hospital once a wk to have a solution put into my bladder.

I've been told repeated infections thin the bladder wall and the solution given Coates the bladder to restore its natural health.

I can only try it. Anything's wirth ago when you considered feel ill xx

All the dipstick tests - all the urine sent to lab all negative. Had a cystoscopy and nothing either and constant uti issues. It's becoming more common that people end up with chronic Utis due to it being neglected by the NHS

Theres a lot of articles on it.

There's another dr private at Nuffield health in Newcastle under Lyme who looked at my urine in the lab with difffent tests - more expensive tests and she found ecoli, staph and entrecocous in my urine in thousands amounts. NHS still found nothing after speaking to these bladder experts it's because the NHS testing system is old, out of date and they aren't looking for the right things It's very worrying.

The NHS will never prescribe long antibiotics as they don't believe in it and they don't understand chronic infections.. my professor will have me on antibiotics for years if it means it's the only way to get rid of the infection.

Be careful with the things the NHS offer they did a cystoscopy on me which was agony.

I wish you all the luck in the world and I hope the treatment works for you.

I can completely sympathise and understand the situation your in.

Over the years I have had many health issues. It's frightening how much the NHS lack in knowledge and treatments for various health conditions.

I have suffered with UTIs on and off for the past 5 years. I also have a stitch type pain on my right side, in my stomach and back which also goes down my leg sometimes. I also have a stinging sensation when I go to the toilet. I was told this is a side effect of my endo (even though I haven't been diagnosed, currently waiting for a laparoscopy)

This pain has been constant now for the past 2 weeks and I have had urine and blood tests done at both the doctors and A&E and both were normal. I have had ultrasounds and I was told they didn't show anything that was a cause for concern but I haven't had a CT scan

Once I had a urine test done at the doctors which was normal and the next day the pain got so bad they sent me to A&E and their urine test showed a level of something that would suggest an infection somewhere, which I thought was strange

The doctors are all saying it's a normal part of the endometriosis but I feel like something is being missed as it's come on so much worse all of a sudden. No one has suggested to me that it could be PID but I did read up on it and a lot of the symptoms are the same for both PID and endometriosis

It is so worrying that things aren't seen when tests are done through the NHS but found when you pay to go private. This has definitely given me something to think about

suffering with quite severe pain around the area of my right ovary, it’s constant pain which gets...

excruciating pain in my right groin, right ovary and it radiates down my right leg. The pain also...

Burning pain from right side of ovary /groin Down leg to knee? Please help?

past 2 months I have had worsening pressure/niggling pain in my right side of ovary, it's now...

Lower left side back pain

anyone get lower left side back pain with endo? I have been suffering quite badly the last few...

past 1-2 years I have suffered with very painful periods and ovulation - my ovaries hurt, my lower...

﻿Worried about new symptoms,, can anyone say if they've had ...