I'm 19 years old and have had my period everyday for a couple years now. It got terrible last year when it got much heavier with horrible pains. I went on the pill and it got rid of the bleeding and pain for a week or two, but then it slowly started to come back more and more. I also started to suffer from migrains and other side effects from the pill, so that was no longer an option for me.

After going to multiple doctors about it and all of them not knowing what was wrong, I asked to be referred to a Gynacologist. I was told straight away by the Gynacologist that i have Endometriosis and would require surgery asap because the pain was so bad. I even had to quit my job because it was interfering too much.

I still had my period after surgery but was told it would settle down in a couple months because i had the mirena inserted. After 5 months i still had bleeding everyday. It was the exact same pain and but maybe a bit more lighter bleeding as before surgery, which made me think it wasn't because of the mirena. Also, the mirena should have settled by then.

However, I have now had the mirena in for almost 9 months and i have been on Primolut N for about 4 months (the past 2 months have even been increased to a double dose). I am still bleeding everyday and recieving horrible pain with it.

I'm not sure if i still have endometriosis or not. The pain could be from nerve pain, when the period blood flow hits the glands as a reaction to what they have been through.

I haven't found anyone else with endometriosis and to have bleeding every single day. If there is anyone out there please let me know! Or if anyone knows why i bleed everyday! 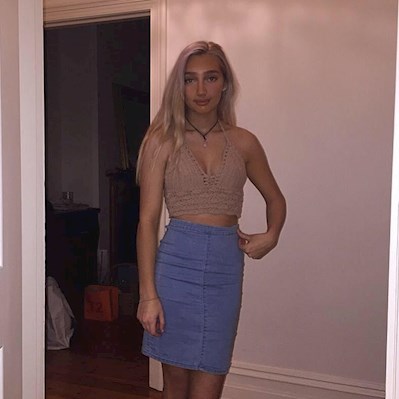 Catt23
To view profiles and participate in discussions please or .
Read more about...
12 Replies
•

Yes, I dealt with that and very large clots when I first started to notice something was wrong. Make sure you do not have a fibroid and definitely double check with the doctor, because losing that much blood is not good for you, you are probably anemic and should take Iron, but they can at least get you on a contraceptive that will stop your periods

Catt23 in reply to kimiebear

Thank you! How does the doctor check if i have a fibroid?

I have also had the implanon bar in my arm before all this and had a continous period on that as well.

Catt23 in reply to purple-dragon

Yes, they did a biopsy and a D&C. However, I don't have any results from that. My Gynacologist who did the surgery didn't tell me what happened or anything. She basically said i had endo and it's all gone now. She didn't care about the pain or bleeding or bleeding, even 4 months after surgery. Thats when i went to a new Gynacologist the next month. Someone much nicer and cared about fixing the pain.

The new Gynacologist sent letters to the old Gynacologist asking for photos from the surgery, but she won't hand them over.

Also, i bleed heavy, medium and light. It's just always there. The past week has been quite heavy

purple-dragon in reply to Catt23

Oh my...I had similar experience with the doc who did the first lap not handing over what he found. And he was a mean. My second doc is better.

U mentioned that you went on bcp and it eased. U may have a hormonal imbalance. Or unexplained uterine bleeding.

You can enquire to your new doc about a hysterscopy..that looks inside the uterus with a camera. Also ask about zoladex. After approx a month to two months of use the bleeding should stop due to a TEMPORARY menopause. These are injections taken each month for 6months. This will or could eliminate unexplained uterine bleeding and point to a hormonal imbalance once the bleeding stops.

Use iron supplements in the meanwhile.

Also if your tubes were like mine filled with endo it could cause bleeding but mostly red brown spotting to use a liner not pad.

Also if there is nething else you did medically let us know. Really want to help figure out what causes this constant bleeding.

Catt23 in reply to purple-dragon

Yeah i signed the letters to say for them to legally hand them over but they didn't respond. I feel like going in there and making them do it aha

So can you have a hysterscopy without having surgery? Because i had that during surgery already, just no information about it unless they hand eveything over.

I have also taken iron tablets before and they gave me a tummy ache and made me vomit whenever i took them. But i might have to try some other ones then.

I'll definitely ask about zoladex! If it works and gets rid of the bleeding, that would be great.

Thanks again for your reply xx

purple-dragon in reply to Catt23

Yes I think you should go in and demand it. Carry some one with you that can assist.

Yes you can do a hysterscopy without surgery. It prob is with light anesthetic. It shouldn't take long either.

Catt23 in reply to

Thanks! I'll ask my Gynacologist about that xx

I was diagnosed with stage 4 endometriosis 5 years ago when I was 36. Previous to my diagnosis I had had 3 miscarriages with no explanation as to why as all tests came back normal.

My reason for a diagnosis was that I kept bleeding also, 24/7. I had numerous procedures and medications. I was put on the Zoledex injection (which is a fake menopause) to try to give my body a rest for 6 months from the bleeding but that didn't work, I continued to bleed heavily with clots. I was told I had a polyp so had that removed as they were convonced that was the cause of my bleeding, but even with that removed I still bled. Sadly nothing worked for me, I became very anemic and depressed. I was mentally and physically drained, I had to go part time as I was to fatigued and drained to work full time.

Everyone's bodies are different so please don't think there is no hope for you as you may find something works, but for me the only thing that has stopped my bleeding was last year when I had a hysterectomy. It was a horrendous decision to make as I have no children and having a family is all I've ever wanted, but that said mentally I needed to do it as my quality of life was zero!

Since the operation I have no pain or bleeding and no pain when making love, as before it was agony! It has changed my life for the better but has come at a massive price.

I just wanted you to know I do understand 100% how you are feeling, so please pm me if you would like to talk more.

Wishing you all the very best for the future hun, remember you're not alone!

Catt23 in reply to kelbel

Thanks so much for your reply Kelly!

Everything you said is exactly how i feel! I'm studying at university and starting a new job next week after having a little while off. I'm scared of how it will be, as i'm in pain everyday, getting headaches from the extra hormones and feel tired and fatigued all the time.

It's unfortunate you had not much choice but to have a hysterectomy. It's good to know all your symptoms have gone though! Hopefully my Gynacologist and I figure out a way we can do that for me. I'm starting a new medication for the pain soon. I've already tried two, however the first one didn't have any affect on the pain and i had a rare allergic reaction to the second one and had to stay in hospital over night (hopefully that doesn't happen again) 😂.

Maybe i will ask to try out that injection to see if it gets rid of the bleeding for me! Hopefully something will can stop it.

I don't have endometriosis that I know of. I have had PCOS and horrible periods for 10 years. Until I started bleeding straight for a year and basically bedridden from the pain and bleeding, the gyno finally did a endometrial biopsy and found endometrial cancer. Not to scare you but I tried everything. Hormones did not work it would a little but never stopped the bleeding. I would go tell them to do a biopsy. I am 43 and they never took me serious when I told them how bad this really is. I'm having a hysterectomy to remove everything. Caught it before it spread.

Also after being on this site my heart goes out to everyone suffering with endometriosis I had no idea the suffering that comes with that.

Umbilical Endometriosis - feeling alone on this does anyone else have an experience of it please?

then realised this wasn't likely to be just an hernia, despite me having this bleeding issue two be...

Adenomyosis Does anyone else have this?

to be in constant pain either. I don’t know if I have endometriosis also so I may have both...

So, I likely had Endometriosis for years prior to diagnosis, I’d have considered myself healthy, bar

Does anyone else suffer with lower back period pain, without the period.

12 weeks I have had either mild, strong or very strong lower back period pain. You know, that dull,

Does anyone think I may have endometriosis

as I think I may have endometriosis. I have very painful periods and heavy, painful cramps, shooting