What’s happening with my bowels? - Crohn's and Colit... 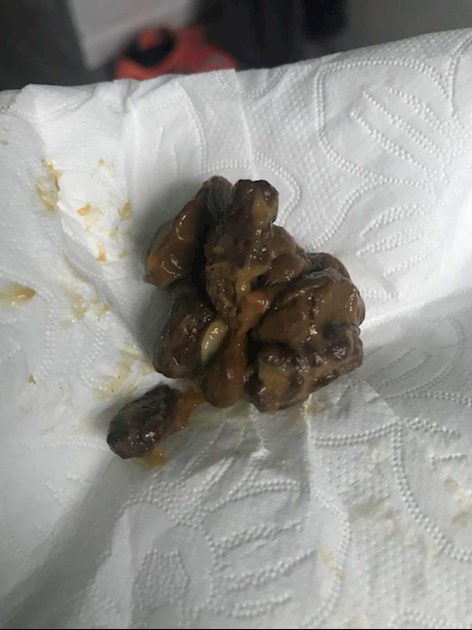 Since February, I have had bar tarry stools, mucus in stool, sometimes but very little fresh blood. I suffer from constipation and cramps. Very rarely do I have diarrhoea but at times it can alternate. My pelvis and back hurts all the time.

I had a sigmoidoscopy last Wednesday and the bowel appears to look normal and no inflammation, but it’s not in my head. I took photos so I can show saying it wasn’t normal.

Anyone know what it is?

I too often have stool like this. They also appear fluffy ( as odd as that sounds ) at times too.

I have had : Colonoscopy, Calprotectin tests ( varying results ), CRP Blood testing ( which detects inflammation and all came back fine ), Ultrasound.

I was diagnosed with IBS two years ago but I suffer pain daily, varies in intensity and have for years in my left side which migrates to my back. An IBS symptom is the mucus stools like you have. But I’m no expert.

My latest test ( Ultrasound ) actually detected something to do with my Kidney which they suspect has been the cause of pain for all this time. Not sure how that can relate to Bowel movements as Kidney is renal and I have no issues passing urine. All blood tests have also not detected anything wrong with Kidney function.

If you can I would insist on more tests I do sympathise with the daily pain.

Hope you get some answers soon.

Hi, as a nurse very used to seeing peoples poo

willow24Administrator in reply to willow24

I can assure you that is a pretty normal stool. Mucus helps with the passing of stools and if hard stool sits in the bowel more mucus is produced. I have been nursing, inc being a healthcare worker for 27 yrs so have seen a lot of poo in my time!

I'm convinced it's bowel cancer and I'm going to die.

11cm of bowel. Did biopsy and no inflammation found.

suffering with my bowel and stimach pains for about 6 months going the toilet at least 3 times a...

the GP who did a stool sample after me being in really bad pain/diarrhea/bloating/mucus etc for a...

worried what they can do now to look into my small bowel. Is this the only test they can do?

Since February, I have had diarrhoea almost daily, almost constant bowel noises...

How long did your IBD diagnosis take? Worried about untreate...

Has anyone here tried SpoGest-IB probiotic?