A bit of a rollercoaster, this running malarke... - Couch to 5K

So, from being on a high yesterday at finishing W5 and loving the 20min run, I've just made the mistake of looking at what's involved in W6R1 (rather than just wait and see what Laura has in store for me) and am now feeling a bit deflated that it's back to shorter runs, albeit three of them. Having come this far, I know the formula works but... I want to have that feeling of being a 'real' runner again!

Some words of wisdom needed please to keep me going with the flow? 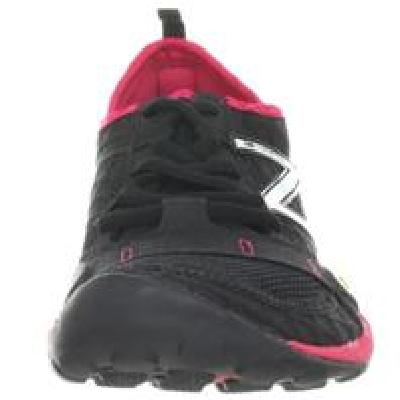 pinkhat
Graduate
To view profiles and participate in discussions please or .
20 Replies
•

Hi Pinky, i think you have two choices:

1. Keep with the programme,

2. Freelance and do your own thing.

I am doing 2 as i am training for a half marathon. I ran four miles on wed evening.

Its really up to you, Ed x

pinkhatGraduate in reply to BigEd

You rebel you, BigEd! You've planted a few thoughts! Good luck with the half marathon training.

BigEd in reply to pinkhat

It sounds crazy, but do stick with the program, it works!

Week 6 can be a reality check after coming off the 20 minute high. Don't worry, you will have longer runs back before you know it!!!!

That's probably more the words of wisdom I was needing, Gayle! Think I need to have a bit of patience - and not look at the runs in advance!

Lets just say if you read some of the week 6 tags, there is a reason for the madness of going back to the intravels. Week 6 was one of my worse weeks but I'm happy I did it. Trust in the program, its tried and true.

Ha, ha - you're so right! I've just been looking at a few of the W6 tags and there is a very common theme - elation W5R3, reality check W6R1!

I agree Gayle, going back to those intervals was interesting when I thought I knew it

Well I am all for going with the flow. I have just finished week two run two and I have

been moving very slowly but surely. Then I had a rush of blood to the head and began to wonder how far I could jog/run before I needed resuscitation. I just went for it and managed twenty minutes before I lost my nerve. If the spirit takes you and you feel fine, enjoy.

Think you must be fitter than I was at that stage, Norni!

Wow! I think you must have been very fit before you started Norni! I'm quite sure I couldn't have done that in week 2. Good for you - and glad you didn't need resuscitation!

Well done on completing W5, pinkhat!! That 20 minute run is an amazing accomplishment and leaves us all feeling like we are on top of the world!!! You are doing great and are now over halfway through the program!! Look at you go!!!!

Here is my opinion on skipping W6. DON'T!!!!! Each of these weeks and runs are incorporated into the program for a reason. The intervals teach our bodies the process of recovery and also force our bodies to "ramp up" to running several times in a run instead of just once. Both of these are incredibly important lessons for us as we move on. The program is to designed to turn us into longterm runners, not one-off long runners.

W6 was one of the hardest ones for me in this program, but I am glad that I did it. I truly taught me to appreciate how hard it is on the body to recover and start again. Not only does it teach this, but it also physically forces the body to do it. That is how our bodies learn and acclimate to doing it.

I personally feel that BigEd has a bit of an advantage on you, just as he did on me. He had been through at least a portion of the program before and had also attempted a couple of half marathons in which he did both walking and running...that's interval training in and of itself! For those of all who haven't ran in 20 years need the intervals...we need to learn...we owe it to our bodies if we expect them to continue not just to the end of the program, but to keep us running much longer than that.

Now, I will add a bit that quite frankly could upset some people. I speak personally as I have done it also. A good and long run can be done. You can do it right now. Go...go as long as you can and as far as you can. You can do it. This program isn't designed for that, though. The program is designed to turn unfit, stagnant couch potatoes into people can regular run long distances. I honestly believe that I could knock off a half marathon at this moment, BUT it isn't what I need, what I want and most of all, not why I signed up for or why I completed C25K. I am a runner. I run.

Just my 2 cents. Hmmmmm, I apologize...it appears more like $2.00 than 2 cents. I just want the greatest level of success and continued running for all who use this program.

Wow, thanks so much for taking the time for such a considered reply, Steve.

That's the part that I need to keep reminding myself - that just five weeks ago, other than walking the dog, I was a couch potato in the evenings and sitting at a desk during the day and literally couldn't run for more than 30 secs without struggling.

From being fairly fit in my 20s, to very fit in my mid 30s, it's been downhill ever since, with the occasional flurry of, failed, attempts to try and get back in shape in the face of age, good food, good wine, long hours working and family commitments.

However, I can honestly say that even at my thinnest/fittest, running was something that I found really difficult to do. Which is what what makes C25K all the more remarkable - that I'm doing it now, at 50 and at probably at least 20kg heavier than I should be.

So, I think, in weighing it all up, I see keep the faith and see how I get on with W6 - watch this space!

Well said, Steve. Week 6 and 7 were probably my hardest week (after the initial shock of Week 1

By the way...how is Murphy? He wants those short breaks, too...more time to sniff around!!!

I agree with you Steve whole heartedly! Stick to the programme, it does work. I felt that euphoria after week 5 but you need the shorter runs, but longer running time, to get you through to the latter weeks. I personally found weeks 6/7 the hardest. But it is paying off now. Good luck with whatever you decide. Tricia

I totally agree with Steve and Tricia stick with the programme. I also found weeks 6 and 7 hard but it was worth it in the end.

Well, I followed the overwhelming advice and stuck with the plan - and I'm really glad I did. While it wasn't 20 minutes continuously, I still enjoyed the three runs of W6R1 and even managed to up my pace when Laura said there was a minute to go on the final one (when I say "up my pace", that is of course in comparison to my slow jog!). And even better, I discovered to my delight that I'd covered the furthered distance so far (3.9km) - although maybe that was because I didn't have the dog with me so had no running backwards to see what he was up to!

All in all, chuffed to bits so thanks to you all for your encouragement and support.

Pinkhat, well done for sticking with it! W6 I think is really hard.

I wish I could say the same about myself. I got to W6R3 and failed due to my knee giving way, it's quite painful when I put my weight on it and believe me it's a lot of weight! Hence joining the C25K club. I'm gutted as this is the 2nd time I have started the C25K but at least this time

I got further than the last time, so I must be fitter now!

Not sure what to do now, I know I should rest it but it's so frustrating! Advice anyone?

pinkhatGraduate in reply to dush3003

Really sorry to hear that, dush3003. I know only too well the pain from knee problems - had a double arthroscopy three years ago (basically cleaning up the carltilages in both my knees) - and being overweight hasn't helped. I reckon it took about 18-24months for them to heal and now I'm very wary about anything that causes knee pain - when you've had it, you don't want to go back there. Before C25k, I joined a local running/jogging group (JogScotland) last summer and loved it - but by the third week I was in so much pain I thought I'd done permanent damage. Fortunately a visit to my sports physio, who I hadn't seen since my arthroscopy rehab (I'm convinced he didn't remember me but did remember my knees!) - resulted in him explaining it was weaknesses in my glutes and quads which were forcing my knees to compensate. I got exercises to do, which I no longer do religiously but as soon as I feel a twinge, I'm back on them. He also gave me the equivalent of a couple of stone to hold and asked how grateful did I think my knees would be if I didn't force them to carry that about all the time. Anyway, not for a minute thinking you're in the same boat but if you can't wait for a GP referral, ask around and find a good sports physio - even if you can only afford one session, they should be able to assess and recommend a programme you can follow on your own. Good luck and don't give up.

Think this running malarkey is paying off!!

the duration of the run

On Wednesday this week a fellow runner I see on my usual...

pain that feels like an injury, just the kind where you want to stop..... Is this common? Just push...

worrying about, distance, and pace, just going to do 30 min runs, for a couple of weeks, then...