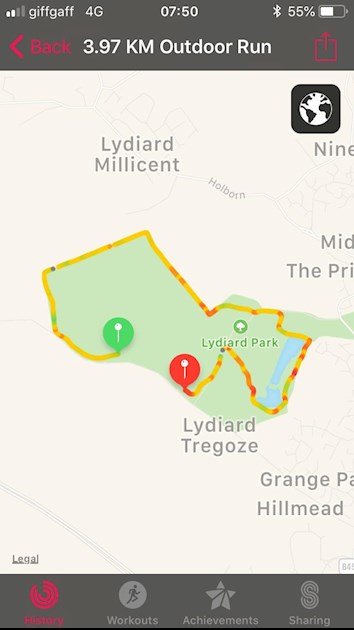 I don’t think the app likes me re-running week 9 as part of consolidation 🤣 somehow lost MJ halfway through again. Perhaps he is weaning me off relying on his coaching!

Anyway, slightly different route but the same park. I worked out a 5k should be all the way around the outsid—ish, using Google Maps back in October last year when I downloaded the app, and then did start until May!!!

So I’d had this route in my mind for a while, and when I walked the dog during the winter I could not imagine running it non-stop. It seemed so vast!

I started my watch only after the 5min walk, then lost MJ. One small route diversion to avoid a tense looking dog and a worried owner I was catching up with, I didn’t mind cutting across the grass, and when I checked I was at 31mins so slowed to a walk and then switched the watch off to cool down.

I could have carried on back to where I started, to be honest, because I know I can run for 39mins - but I don’t want to push it too much too soon. I know I can do it and that was the point of today 👍 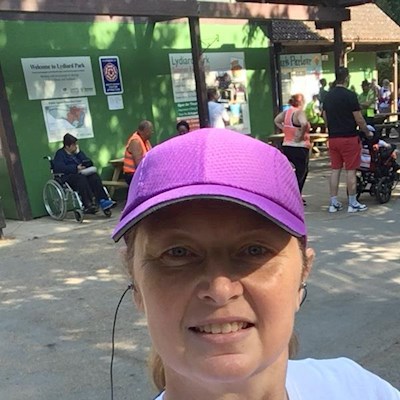 Equi-geek
Graduate
To view profiles and participate in discussions please or .
7 Replies
•

Well done! Going to run the park run course soon once it's cooler. Hopefully will run it in Sept!! 😀

Equi-geekGraduate in reply to Ang33333

It'll be great to finally meet you, when you're ready! Fabulous is getting there this Saturday

Thanks Millsie! I had my 'sensible' head on!

Thanks Mike! I'd seen others had experienced some issues, but didn't know you'd also had the same problem. Oh well! The music kept going, which is the main thing for me!

Achieved my goal of a park run before Christmas

competed C25K 4 weeks ago I ran my first park run on Saturday. I'd run 5K 3 times since completing...

I started out on C25k because I had lost 6 stone, wanted to get fit and set myself a challenge ,...

now looking forward to starting w7 again next week! My first goal was to run consistently, and I now