OMG! I have not been on the treadmill (bought it about 18 mins ago) since I started this programme. However, today I thought given the heat it would be easier to run on the treadmill which is in my lovely cool garage than outside. How wrong I was! Was dripping with sweat 15 mins in. There's no breeze and nothing to look at. I put a program on the laptop as a distraction but that didn't really work. Horrible horrible horrible. Might be ok for intervals at some point but not continuous running. Not again. Would rather run outside in the midday sun! 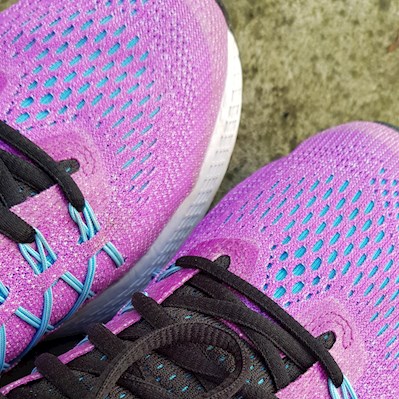 Saartjie
Graduate
To view profiles and participate in discussions please or .
37 Replies
•

I’ll take it off your hands!

Get yourself a big fan on a stand?

Definitely needed some air! The thing is I just couldn't find my happy pace. I set it for the speed that is my average outside but just couldn't maintain it! Didn't love it 😓

Jay66UKGraduate in reply to Saartjie

sallensonGraduate in reply to Saartjie

Won't a fan just move hot air around? And the air will be hotter cos the fan has a motor.

If I had to play a game of "Snog, Marry, Avoid" with a treadmill, I know how I'd vote

Maybe useful for running hill intervals if you whack up the gradient?

Yes I think it will be useful for intervals but suspicions have been confirmed about the longer runs.

In theory yes... the movement of air helps evaporate the sweat though. It’d take a while for the motor to noticeably change room temperature though, and my money would be in the AC winning that battle.

Hi Saartjie, I agree. 👍 I’ve tried to run on the treadmill in the gym at work but I’ve given up. The windows are above head height (at least my low 5 ft 5 in head!) 😂 so I don’t get any breeze and I can’t get along with it 😕

I suppose that might change when the weather gets colder later in the year, but I don’t think so 😉 I’ll just get some warmer gear. ☺️ We all like more running stuff from time to time, so that’s as good an excuse as any! 😂🤣

My thoughts exactly! An excuse for more gear 😉

Yikes Sarah!! Haven’t run on a treadmill for over a year and can’t even imagine running longer than 15mins on one! Good on you for trying though and not couching it instead!! I am couching it today 🛋 😬😬 xx

I couched it yesterday and am travelling for work tomorrow so won't get home until 8.30ish hence the (foolish) decision to use the treadmill!

Never run on the dreadmill before as always preferred outside..& think you’ve cemented my decision never to try it!! Well done though

I used to run on a treadmill before starting the programme and I did week 5 & 6 on the treadmill too. I can run faster on the treadmill than I can outside, but my issue is is that it’s just boring with not much to look at! I end up just focusing on the time. The treadmills at my gym are nice though as they can give you different scenes to look at or the TV to watch on full screen so the time isn’t always visible, but pops up every now and then.

Each to their own on this one I think. I was always happy using a treadmill but just haven't done it since doing this programme. And never used it for running more than 15 mins at a time. I just found it much harder than outside even though I didn't expect to!

I’m the same - i much prefer the treadmill to outside - mine too have screens on them- I really think that helps - also the air con helps too!

Well mine is in My garage staring at a brick wall! 😂

I don’t necessarily prefer it, tbh I don’t know whether I do have a preference, apart from at the minute unless I can go out really early it’ll definitely be the treadmill in the slightly air conditioned gym.

I can definitely hold a slightly faster pace on the treadmill atm, but for the longer runs it’s definitely more boring. I’ve literally just done run 3 of week 7 and I found myself wanting to look at the time coz I didn’t know what else to do! 😂

Sounds like you really do need a fan if you try it again in this heat! I agree about not finding your “happy pace” - outside let’s you constantly tweak your speed depending how you feel. I tried starting to run on a treadmill a year ago, and just ended up setting the speed far too fast and injuring myself. 😖🙄

And it tells you your speed so you feel.bad if you are going slower! I purely go on feel outside. I was nearly 2kph slower than outside 😳

After my 2yrs on the IC I bought one under protest, as a couple of my boys and my wife said they would also use it.

I finished C25K the first time on a dreadfully.... but this time I did all outside.... which is so much better.

Like others, I think I’ll just buy warm stuff for the winter! X

I did most of C25k on my treadmill at home, only ventured outside in week 7 or thereabouts. I still use it now and again, but mine is set up looking out over the garden and a nice view over the hills, with the back door open next to it for some air, so not too bad. Having said all that, in this heat it is really hard going without the breeze you naturally generate by running outside.

Now Ian.. Can you imagine running 10K on a machine without losing the will to live?

Well in fact I have done close to that! I ran for an hour 2-3 weeks ago on the treadmill, wanted to see how long I could run for at my “happy pace”, and see how I’d progressed since the last time (on C25k) I’d been on it. Strava said it was a 7k run, but I think it was more like 8, to be honest.

If you get something to listen to that you are enjoying, like a play on the radio or something, or you are watching something on the TV, time does pass reasonably quickly.

Still prefer to be outside though

I always thought I would prefer running on a treadmill over outside but i was sooo wrong! I love the experience of running outside! It makes me feel so peaceful and chilled out!

I agree. I am totally converted after always being too self conscious to run outside.

It's good the things exist but for anyone on the fence and with the option to choose either, the evidence of the benefits of being outside where there's a smidge of green seems very clear.

Always outside for me! Never tried a treadmill however, maybe in the deep mid winter I will be persuaded

I’m not sure I’d fancy a treadmill either. I’m nosy and like to check out my surroundings, plus my dog wouldn’t be able to join me.

I too am on the couch today, looking forward to starting W5 tomorrow. Had rather a late night (home at 3am), so I think it’s only right to do nothing today!

Well done for trying! I only went on one for a gait analysis and he set it at what he said was a very low speed and I felt like I was going to fly off the back! Back to the great outdoors 😀

SaartjieGraduate in reply to Bridget007

I used one in the gym after I started c25k because of the snow and icy weather. I didn’t mind it at all and thought it was softer on my knees before they became more resilient. The gym is also air-conditioned so I may head back next week if I don’t get up early. However, I do also love being outside , watching the world go by and seeing people. I haven’t yet run in bad weather and I’m not sure how I will cope with autumn and winter, without the gym.

Sounds like we're all going to visit you when the weather reverts to type!! But for time being, hon, you're on your own

SaartjieGraduate in reply to Julian1970

Did you have a bad experience?! 😜

Yep this week, 2 sessions on a treadmill almost completely ruined my 3rd session on the road this week.

SaartjieGraduate in reply to Julian1970

Ooh Saartjie! I’ve not been back on a treadmill since my very first run and I have been curious about what that would be like now! Good for you for trying it out. We just done know until we try! It could still have its uses!! Well done!! ❤️

Running on Treadmill vs Outside

using my treadmill at home to complete my runs since I don’t have the confidence to run outside, I...

the treadmill was easier than outside running, and so was really nervous to head in to the outside....

Gym treadmill vs outside

moment. I would like to think I'll get outside again jogging as I think it's much harder outside in...