I have a 10KM race coming up in a few weeks with Madge and Ancient Mum, so, I went out last weekend to see if I can still run a non-stop 10 KM ( haven't done that in so long) I can, but a while after I developed a bruised feeling in my heel. I asked Dr Google, it would appear to be Plantar Fasciitis, fits all the symptoms etc.

So, I followed all the advice, ice pack, Ibuprofen, heel drops and calf raises, stretching with a resistance band, rolling with a rolling pin etc.

Four days rest and I went out for a gentle run, 5 KM stop/start to see "The Festival of Light" that's on in Cambridge. Very slow, as the city centre was packed. Half an hour after I finished, my foot was so painful I couldn't put any weight on it at all.

My question is this - Google says it isn't necessary to stop running, only reduce mileage. My experience doesn't bear that out...what should I do? Rest completely? Walk? Walk/run? See a doctor? MY Husband had PF a couple of years ago, he just got an exercise sheet, I'm already doing that. I can't afford any private therapists... 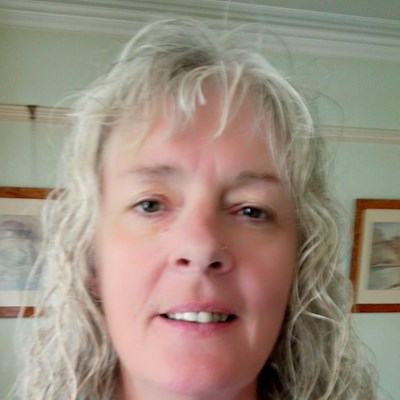 Curlygurly2
Graduate
To view profiles and participate in discussions please or .
Read more about...
28 Replies
•

In the meantime, daily calf stretches and heel raises, rolling- but don't over do it. And don't forget you don't have to run the 10k non stop, so take that pressure off - this is Aunty Madge talking! Take good care of yourself.....

Curlygurly2Graduate in reply to Madge50

Oh poor Rick, and poor you too. It's awful when you have a running injury isn't it? Feels like it will never go away. H had it for months and months, but his was an injury not just overuse. Yes, I'm aware I don't have to run all the way, I might even do 5 instead of 10 if that's an option, I want that medal, it's purple!

Purple?, I didn't know it was purple! Got to have that then, not arf! 🏅, I don't care if we crawl round, got to add that to our collection 😉

Take good care of yourself 🤗

Curlygurly2Graduate in reply to Madge50

Yup, the picture on the literature shows purple, like the t-shirt, at least the ribbon is... I shall complain if it's not...

I had this, not run related. I had steroid injections but they did nothing and were VERY painful.

My physio gave me very simple exercises that worked within weeks:

Never wear completly flat shoes/slippers etc. Some people use heel inserts but i could not get on with them. My running shoes have a 10mm heel to toe drop to avoid any ongoing soreness, and it definitely works for me. Have you changed shoes recently and unknowingly reduced the drop you have previously been wearing?

Usually once up and moving PF pain subsides, coming back once you have not moved for sometime, so first thing in the morning is bad, but soon improves once moving about. However once you stop moving again eg post run , the pain returns......this is where the ibroprofen comes in.

I would suggest take a week off, work hard on the exercises, be mindful of shoes you wear etc. Then get back to your running but perhaps reduce how often you run until after your race but listen to your body throughout. Continue the exercises daily. I have no pain now but after every run i do these exercises as part of my warm down, and anytime I feel there is a twinge.

You will come back from this, good luck CG x

Yes, that sounds exactly like what I have, first thing in the morning is worst of all, then it eases up a bit. Yes, I have changed my shoes, and I got the custom made inserts too. I've been alternating the new shoes with some older ones that haven't done much mileage, so I doubt it's that - I hope not anyway.

I've just checked, my new shoes have 10 MM drop, my old ones 12 - is that enough to make a difference?

I had Achilles tendonitis last year, I've read PF is associated with that, it's the same leg.

Oh, and I've been wearing old runners, as every day shoes, my Mizunos are like having mattresses strapped to your feet!

if these are old, is there still support in then😱

Yes, they are so soft and spongy!

Apparently 12mm is advised for PF sufferers, but mine have been ok at 10mm. Can you use your old shoes until after the race perhaps?

So calf stretches and heel drops would seem to be the way forward but if you are in any doubt at all, see a specialist sports physio.

Yes, I have 3 pairs of Mizunos, with various mileages on them. I was wearing my newest pair (160 KM) on Friday when the pain really started.

Mmmm, might be the lesser drop on the shoes thats the problem then! In a way its good if it is the shoes because you can then deal with it .

Rest a bit, exercises, steady return using the right shoes, race is in the bag! I have everything crossed for you.

I have my first 10k on 5th march, i am taking things steady now until then!

We can do this , we are strong women and we are runners yeahhhhh!

CG, I've just looked up my "Bible" of running related aches and apart from the heel drops and stretching the author recommends rolling a tennis ball under your foot or a bottle of frozen water. Also, to try over the counter hard arch supports. Apparently 90% of his patients have good results with them. Might be worth a try. He also said rest (ie no running) until pain free x

IP, I bought the moulded inserts when I got my new shoes a few weeks ago, I'm not sure they are not part of the problem, but it's very hard to say...

Lots of good advice Sweetie. Let's hope some of it is the little golden nugget of information that sorts out the problem for you.

Don't worry about the race m'dear. We were never intending to go full throttle were we, not least because we both have our asthma demons at this time of year. So, all being well, the plan still stands: a nice leisurely run with lots of laughs. Really looking forward to it (when I can breathe enough to run again!!) Xx

I fear that the nugget that will help is the one that said no running until the pain has gone...I've already been doing the other stuff

I'll definitely come though, even if I have to hop.... I've got one good foot! I'm so looking forward to it too, hope you feel better soon. xx

Cherry juice - I used to suffer from PF (& gout) Dr prescribed anti-inflammatories which worked well but I don't like taking as they aren't good for my stomach. A friend suggested turmeric which apparently has good anti-inflammatory properties but the assistant in the health shop said she had had good reports of Montmorency Cherry Juice, I've been taking it for about 12 months & I haven't had an occurrence of PF for quite a while (months) & I'm now just about to start wk5 of C25K.

I'll give that a go, it sounds gorgeous even if it doesn't help! Thank you xx

Dont exceed the daily amount - its quite a laxative!

I've just clicked on this CG and I see what you mean. I've just deleted the post as I have no idea what to do and it definitely wasn't like this when I received it or posted it. I'm now paranoid about my own computer 😭

A shame as it was a really good article.

Have you run a virus check? I'm going to do that now...

My virus check didn't throw up anything...

I've just started running again after being 3yrs out with PF. The thing to remember is that PF is caused by different things for different people. Mine was as a result of over-running/training & not enough x-training. Even my wife started calling me Limpy! I ended up having a referral to a physio & a podiatrist - the physio realised I had one leg shorter than the other - this had a knock-on effect with my hip on the affected side & my lower back. The podiatrist made specific inserts (all NHS I hasten to add), whilst a fhriend of mine who is a sports masseuse realised that my back & hip had tightened into one big knot.

1 year after commencing a 3x/week bootcampthe the pain is almost non-existent because everything around my hip & back is much stronger.

If you try all of the above & they do not work then consider taking yourself off to the GP & asking for a referral - you'll have to say you've tried everything first though otherwise they won't refer you (I also work for the NHS). Hope some of the above helps. Sam

Thank you Sam, mine is getting better, strangely, with pilates.... I felt limping was putting a strain on my back and hips, so I did some pilates at home, lo and behold my foot feels so much better. Not sure if it's a coincidence or not but I didn't do any yesterday and the pain came back...I shall continue with it, coincidence or distraction if it works I won't question it!

I'm in France at the moment, where medical care is quite expensive, if I still have problems when I get home, I'll bear in mind what you've said and ask for a referral. I know I have one leg longer than the other and that has caused all sorts of back problems, so it may well be what has caused my PF.

I'm recovering from plantar fasciitis, I developed it during week 4 of C25k & wasn't going to do anything about it. It was really painful even walking . I posted a question about it on this forum & eventually booked an appointment with my Gp who confirmed it was PF. He recommended gel insoles & confirmed that the exercises I was doing & footwear was the best thing I could do but suggested that I didn't restart the running until the pain has gone. It has taken 2-3 months to get better & all I have been doing since then is walking.

I hope to restart the c2ck soon.

I am now recovering from tennis elbow & had a steroid injection on Friday.

Oh the pain of Plantar fasciitis! 😟😫

progressing & I just want to get out there ☹ Does anyone have any tips or advice please.

especially now the runs are getting longer. Other than rest (not possible) does anyone have any...

nights to get used to it I'm finding that I don't get out of bed to be met by excruciating pain as...

that can give any suggestions or advice I will be happy to take on board. I will try and run again...

to be running again, so imagine my dismay at discovering that a mild grumbling Plantar Fasciitis is...