Hey! So I'm all new and shiny and I've just done my first ever run - literally just got out of the shower from it and am still suffering the sore throat of it and everything. I'm an overweight trans-guy that has varying health issues and have discovered that I'm starting to expand my waistline rather than my horizons, as it were, so on a whim last week I found this and figured why not. I can come up with excuses not to do it, but no actual solid reasons, and the best thing is, my just-as-unfit partner has decided to join me!

I do have a question, though. I feel a little bit like this was a failed run, despite it being my first and having not done any serious physical activity for YEARS (I used to do parkour before health and contentment hit). I managed four 60secs of running and then had to walk for the rest of the way, and though I beat what I expected (one run and then flopping on the floor like a dying fish) and didn't get the stitch I was afraid of (my partner did though) I still feel a bit of a failure.

I guess I'm looking for a little support - did anyone else manage to 'fail' their first run/first week? If so, what did you do to keep yourself going? I'm going to stick with this if it kills me - I've already registered for a 5k next June to give myself something to aim for - but it's a little bit of a knock because I figured this would be an easy start for someone who spends most of their lives in front of a computer screen. 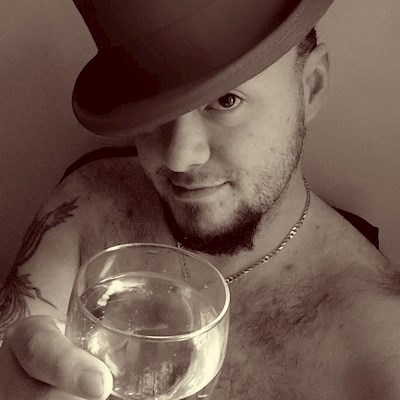 Paler3068
To view profiles and participate in discussions please or .
16 Replies
•

Hi! Well done for getting going.

We don't use the F word here (fail). You managed four of the runs so well done. (And no dying fish impression!) Next time see if you can do more than four. Lots of us need to take longer than the prescribed 9 weeks to finish the course.

There are 'practice' runs and 'success' runs.

As for you run today - well, darn, here we were feeling great about us having started this programme ourselves like Usain Bolt

and you bring us back to reality LOL

I thought my heart was going to explode, my lungs fly out my nose and my rear end invert itself in an attempt to get oxygen into my bloodstream. That was not only W1D1 but several runs on and off since.

We are suddenly asking our bodies to do things they haven't experienced in years - if ever - and it is a literal shock to the system. If you DON'T feel like boiled cat crap the first few runs, you are certainly NOT 'unfit'

Best advice I can give you is take it slow and steady, realise that the '9' and '5' are in reality arbitrary figures - the majority of us graduate without being in time or on distance - and read as many posts on the Forum as possible for advice and support.

You beat your own expectations .. means you succeed in my book ! No such thing as a failed run, just a practice run

Remember you are doing 100% better than those sitting on their sofa !! PS I'm o my on week 6 but if the energy in this forum is anything to go by you will complete the couch to 5K !!

Oooh yeah! Week 1, run 1 was killer for me. I had to write the whole week off and re-start the following week because I literally couldn't move. I was walking like a robot all week. I wasn't used to running and didn't stretch - hence the pain I was in. Please don't feel like a failure - you're not. You're doing something positive and you will get there. Remember it's not a race, do it in your own time and no pressure

Oh that first run!😲 Amazing isn't it? 60 seconds feels like an eternity! I can only tell you it does get better, well more doable anyway. Don't try to run at full pelt in the running sections, keep it really slow. That would be REALLY slow😊Just above fast walking pace. You've done the hardest thing and that's to get started. You'll get masses of support and advice on here, so don't be a stranger and good luck for your next run

Well done for taking the first step! The C25k programme is just amazing, following it is one of the best decisions you'll ever make. Go slow, stretch, take your rest days, listen to Laura and you'll be a runner before you know it!

Stick with it and you'll continue to surprise yourself.

As others have said, the F word is not allowed. If you don't manage all of the running parts of a podcast then just repeat that podcast again until you can. There's no need to complete each set of runs in a calendar week, it can take as long as you need and many people repeat runs or even whole weeks if they feel they need to. Make sure you have at least one rest day between runs to allow your body to properly recover. C25k is more than just a nine week programme. It has allowed people (like me) who have never wanted to or believed they could run to fall in love with running. There's no hurry as your lifestyle will change if you stick with it and when you finally realise it's a change for life and one run will always be followed by another then you realise there are no 'failed' runs, just bad runs and good runs (which we all have).

The forum is one of the best places on the internet. It's full of incredible, inspirational people so do make use of it for advice, encouragement and to let everyone celebrate your successes with you! Post after your runs and let us know how you're getting on. We'll be with you every step of the way

Remember, you're still going too fast. Slow down!

It's all worth it in the end. As others have said take it slow. Repeat a run if need to consolidate. I didn't believe I could run the earlier runs. I'd say to myself "run for 5 minutes that's impossible".

Now running regularly 5k+ (still not doing in under 30 minutes) gradually increasing to 6K. I may not get to run 10K but as I continue I might but will not worry about it if I don't. I have no doubt that doing 5k Run next June is easily achievable. But don't look too far ahead.

That's why C25K in the words of "Baldrick" is a cunning plan (one that works - not like his).

Because it takes it in small steps and just look forward to the great feeling of achievement with each one. Achieving what you thought impossible is great.

The wellbeing physically and mentally also helps cope with the day to day life things.

You probably ran too fast, slow your pace. Remember you can always repeat weeks.

June is ages away, you've loads of time.

Well done for getting out that door! The first week I felt as if my heart was going to burst out of my chest, so no, you're not alone in struggling!

It does get easier and you gain fitness over the course of the programme. You won't regret it - just take things slow and steady.

I was shocked how hard I found the early weeks. Each time I had a set back the best solution for me was to shorten the stride and go slow so that I at least finished each run. Then I started really looking forward to each run.

The benefits mentally and physically are really noticeable. Please don't give up. It has improved my life and I bet it will make you feel fabulous.

The programme has worked like magic where no other diet/exercise attempts have over my 63 years, and I am doing my first parkrun next Saturday having got to 5k several times.

Keep going but slow and gentle.

w1R1 ha ha ha. Crikey that was HARD. How can 60 seconds be that long? I expect you ran too fast. You may have felt like you were creeping along but in reality you can run more slowly. That way you have enough puff to make it through to the end. My daughter is on W2 R3. When she did her first run, she didn't manage all the running intervals either so I re-ran it with her and she was just going too fast. She speeds up within a running block too. When she ran it with me, she managed it no problem. Repeat your run but try consciously going slowly and I'm sure you will both manage it.

You will get there. Just follow the advice of all the lovely people on here - the forum is as helpful as the programme itself I think. I found posting as often as I can after a run made me get on with it in the early weeks and is now helping me make it into a habit. Let us know how you get on next time.

You did better than all those people who sat on their sofas. Any run is a good run! Just slow up, repeat it until you feel ready to move on, and don't be hard on yourself! I repeated week 2 twice and am extending week 3, taking it at my own pace. I've never run before and have thyroid issues that cause me to have no energy at times so need to pace myself. Good luck and keep going!

It's all been said. You're not failing, you're running. I went off too fast in week 1 and then realised that I needed to slow right down and shorten my stride.

You can do it!

It's never a fail it's a practice. I'm so excited for your new journey though! And how nice your partner is by your side. Welcome to the forum. Keep going! Keep posting. Happy running

Managed it on my THIRD attempt 🙈🙈.

But, completed all the runs so far since then!! Now about to start week 7 😱.

Just keep on getting out there and try to do a bit more than you did last time.

just niggles, aches and pains. Since then though, my partner has been hardly able to walk and has...

Hi Im just starting the c25k. I did my first session yesterday OMG it was so hard I nearly quit...

have been wanting to start running again for a few months after not running for many years and...

Brand new to this!! A little scared

it a little. I do quite a bit of walking during the week taking my daughter to school and the bits...