I had a boring but physically demanding job to do for a few days so I just wrote of running as not to get myself injured,but here comes the big mistake:For some reason I started smoking again and for the last four days I was smoking a pack a day.Today i decided that I would do my w6r2 run and even walking the first five minutes felt hard...Once I started running I actually felt the poison sweeping through my body,my cells being deprived of their much needed oxygen and well I just felt like shit.6minutes into the run and I was coughing,wheezing and letting out grunting noices filled with pain.My head was hurting pretty bad and I thought I would literally die if I didnt stop.But i didnt stop becouse I knew what the reason for all this discomfort was in the first place so I was just really angry at myself and decided this would be a good way to punish myself...At the 15 minute mark I felt like throwing up-both my stomach and head hurting like being hit repeatedly with a sledge hammer.I promised myself(while running) to never ever touch cigarettes ever again but ironically after completing my run and feeling absolutely awesome with all the pain gone I lit up and excuse me for my french but it tasted so awful and disgusting just like dog shit.It was then that I figured that there was absolutely no need for me to smoke and that it is destroying me both physically and mentally.

Moral of the story:Don't feed your body poison and it will be happy 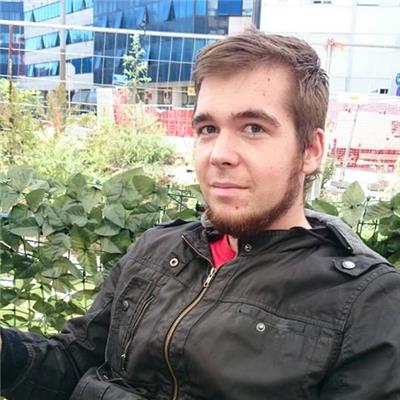 Bralo
To view profiles and participate in discussions please or .
14 Replies
•

My sentiment also Bralo. You are what you eat. Period. Good on you for realising it.

Freeing yourself from the smoke habit will be fantastic; giving yourself the ability to run will also be fantastic. Well done for starting both these life changes. For both, you will wish you had started earlier, but just be glad that you have made the choice to do it now. Well done!!! 😀

I stopped for stoptober, so currently around week 7 without a smoke. I started c25k as an effort to recover the lost fitness from years of smoking and have found that the c25k program really helps supply me positive reasons for remaining smoke free. I'm glad you recognise the benefits of not smoking and how it affects your running as I think linking them strongly is a really good aid to staying stopped. Don't beat yourself up too much though, I think the mental games we play with ourselves when running are very similar to those we make for smoking. Run 1 of wk5 for me tonight so will be thinking of you as I make excuses for wanting to stop running

Bralo in reply to pinkaardvark

I really hope you did well,glad I could motivate someone

Oh, the mind can be such a devious thing! And it really can lie to you! Well done on tackling it though and at least your body didn't lie to you when you had that post run ciggy! Well done on getting through that run and hope the next one is much better

Smoking and running don't go together , one has got to go

Well done for getting through your run. Good decision to stop. I used to smoke and sometimes I used to have an odd one when I had had a few drinks but I have knocked them on the head as it put out my next weeks running I can feel it on my lungs like a lead weight.

I used to smoke but the Allen Carr guide to stop smoking really helped me - made me feel like I was escaping from a disgusting trap rather than giving up something I enjoyed. I recommend the book if you are struggling with remaining smoke free. I work in insurance and the impact of smoking on health and life expectancy is really devastating, far worse than any other common bad habit....well done with deciding to swear off them for good and best of luck!

I also gave up 7 years ago with the Allen Carr book and have never been tempted once since. It really does work. You may have to re-read some chapters to really get the message home but it does give you a better chance of quitting for good. My husband gave up by using nicotine patches and whilst he hasn't smoked since he still misses it and hasn't quite got rid of the psychological addiction. I can't imagine how hard trying to run and still be smoking a pack a day would be! Definitely recommend the book to get you to quit for ever. Good luck!

Bralo in reply to Murgatroyd

I read that book like 100 times but the thing is stopping for me is so easy that I kinda didnt give a damn until now...

Well done for not stopping during your run. Well done for realising that smoking really isn't good for you. Is the physically demanding bit of your job over? Can you get back to regular running? All the very best to you in continuing, smoke free, to graduation

Bralo in reply to Anniemurph

Yeah its over,the thing is I have been smoking on and off for about a year now(i stop smoking like three weeks and than start again for a few days-rinse and repeat) but Im not doing that anymore

There is always a reason and it might be an idea to look at what that reason actually was so you are better prepared next time. Nicotine and the other poisons in cigarettes are very devious indeed. I gave up 3 years ago and found it quite tough but I had my trusty electronic cigarette which helped. I also downloaded the NHS Stop Smoking App which calculates how much money you are saving by not smoking by the minute, I love it, even now three years in. Also rid yourself of temptation get rid of all cigarettes, lighters etc. use the money you will now be saving on some fab running shoes and other attire.

I gave up almost exactly a year ago, then in February this year I started C25K, I can honestly say that even though very very occasionally I miss it, I have never once even for a second, regretted giving up, even more I think because of the running, because I enjoy it so much I wouldn't want anything to stop me or affect me in any way. I really really wish I had stopped years ago (smoked for about 20 years), as even now I think my running would be so much better if I had never smoked or given up years ago. But I try not to focus on the what ifs and focus on the now and future, as I know I have given myself the chance hopefully for a longer life by stopping, lower risk of heart disease, cancer and things like vascular dementia, which my lovely Dad suffers from. Thats what keeps me going, both when running and not smoking, although that has got so much easier now after a year. You need something that is going to motivate you mentally, and think about that each time you don't have a cigarette, think about all the benefit from not having one compared to what happens if you do have one, write it down if it helps, no one else has to see it but sometimes getting it down on paper helps, get really angry with yourself and then when you overcome the cravings, reward yourself with something awesome like a big fat cream cake

or some running gear as someone else above said, its no good it you can't see a reward for your hard work. I also used the stop smoking app from NHS, it really helps to see how much money your saving, and how your health is improving by the hour. I really hope you manage to stay strong and carry on running, well done for deciding to pack the cigs in and keep going!!

fall really) I switched runkeeper off and decided to just take it as it comes. We had great fun, my...

A daft idea and a lesson learned

switching to a running app I was a bit disappointed to find that I wasn't quite running 4k in 30...

achievement, whether it's running for 60 seconds, 5 minutes or 30

self-denial, you can guess Malcy's behaviour. Let's just say that the scales this morning were...

pace actually felt good - for a while. Laura has now completely deserted me so it was just me and...