Hi guys, I "graduated" few weeks ago - I did my week 9 run 3 back then. Out of curiosity while running I turn on another app, which measures the distance I cover and I am quite disappointed to see that I only cover about 3km in 30 minutes of running - and that's as fast as I can go... Anybody else with similar experience? 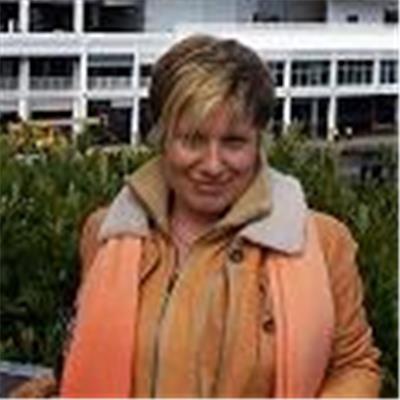 vbl247
Graduate
To view profiles and participate in discussions please or .
25 Replies
•

Hi vbl, you will find a variety of distances covered by other runners in the 30minutes. Couch to 5k is really just a good title, better than couch to 30 minutes. There is also another possibility that the app you are using is not very accurate. Unitl I bought a Garmin the app I used led me to think I had running further than I had. You can always measure your route on a map to see how far you have covered if you need to double check.

Either way enjoy your running

Thanks Ray! I know 3K is better than no K, I was just surprised that I can't get anywhere near 5K! I'll try to measure the distance on a map, thank you

AlMorrGraduate in reply to vbl247

I have found if you don't have an app how to measure a certain distance, for example, 1 kilometre, walk or run slowly for 10 minutes, about 4 miles an hour, or roughly 1 kilometre should be covered in 10 minutes, hence 3k would be 30 minutes, at that speed you would do a 5K in 50 minutes, after that, of course, you would try and increase your speed to cover a 5k in 30 minutes, that would be running at 6 minutes per kilometre. 6 x 5=30 minutes.

I have just measured the distance and yes, I do only cover 3K, that's including the 5min warm down walk too... Oh well - I guess it's better than nothing...

Any run is a good run and taking the positive by getting out there you are doing more than many. I would not consider myself an expert but what I did was to add about 10% or so a week to what I was doing and as my stamina started to build I set myself personal targets. I also started to follow some other techniques such as intervals that is running hard between two points such as lamp posts followed by a slow recovery to the next lamp post and so on. There is plenty of material online that you can refer too and of course there are plenty of experienced runner on this site always willing to share there knowledge we all started from the couch.

Very many of us did not graduate running 5k in 30 mins - and quite a few of of still haven't achieved that. But who cares! We're out there running!

You are doing just fine! Especially the getting out regularly since graduating.

I think it probably depends on your age and level of fitness before starting C25K , but you will improve

Thanks for the comments, everyone! I thought it was just me! As much as I try, my legs would not move any faster - at least I am not out of breath at any point in the 30 min run... I am 42 years old, 5'2" and 10st, so not too overweight, but never done any exercise before - apart of 6 months stint in the gym when I was 28. At least what I am doing seems normal and not that many manage 5K in 30 min, phew!

Michael_WGraduate in reply to vbl247

Don't worry too much about speed at this stage. As a recent graduate you should just concentrate on developing a routine of 3x 30 minute runs per week-speed will come as your fitness improves. If you've coping well then you could try gradually increasing the distance on one of your weekly runs. This will improve your endurance and and boost your times over shorter distances. Dropping any excess pounds will also give you an automatic speed boost. Good luck!

BuffytheFatboySlayer in reply to vbl247

Its fine honestly I'm 52 6ft and 15 st can manage 3k.. but have worked out a route to aim for,, looking at trying to get to 5k (regardless of Minutes) in 6 months to a year

Click on the Graduates 5K+ menu item on the right of the screen, then Pinned topics should appear there. "Graduation Badge" is one of those and you ask Admin for it. Belated Congratulations .

I'm another one that is not at 5k in 30 minutes. I'm still out there running though!

I suspect that very few actually DO manage to do 5k in 30 mins on graduation ~ many never will. What is most important is the time out running, and not just the distance. OK, it is a good idea to challenge yourself to try and improve...BUT the most important thing is that you are out there doing it.

I'm sure I speak for many when I say that we are VERY proud of you for doing it.

just a gentle suggestion, the fact that your not out of breath at all for the full 30 mins suggests you will have no problem going a big faster physically, maybe your underestimating yourself!

It's strange, I am not out of breath, but my legs would not move any faster! In the last minute I try to really push myself and go faster, but still not that much difference! I'll have to try harder!

Hi. I know this is a very old discussion and things have almost certainly moved on, but for the (hopeful) benefit of others that might come across this, here's my theory.

People think of fitness in very broad terms. Someone is fit, or unfit. Or someone is more fit than someone else. It really doesn't work like that. Your body adapts over years to suit what it is being expected to do. Someone could have a good cardiovascular system because of lots of one type of activity, but weak legs or bum because of a historical lack of activity in that area. In that scenario, until the leg and bum muscles develop, running is going to be difficult, even if the cardiovascular system is nowhere near full load.

When you perform any activity, the muscles involved draw from their own stored energy supply, glycogen. Your cardiovascular system will endeavour to keep the muscles supplied as glycogen is used, but the supply infrastructure (namely the blood vessels) will only be wide enough to carry the volume of blood normally needed. One of the effects of regular training is that the arteries widen to allow increased blood flow, which allows faster refuelling of the muscles, enabling them to work harder and for longer. It just takes time.

Same as them. I was bitterly disappointed the first time I used "Map my Run" - I was sure I was doing 4.5 K, and I was only doing 3.5. But it really doesn't matter. We graduate at 30mins non-stop running, regardless of speed - and when you remember how 60 secs felt such a short time ago, that's a fantastic achievement.

Now I find I can do 4K in approx 32 minutes, and sometimes I run 5K (usually at the weekend, because I can't spare the time on workdays) and I'm really pleased if I do it in under 45mins. I suspect I won't get much faster until I start increasing the distance - but my target is distance, not speed anyway...

Don't worry. I had a similar Expierience when I did mine earlier this year.

I did my c25k on a treadmill as where I live it is to dodgy running on the road.!

I also used an app on my iPod. What baffled me was at times the treadmill was telling me I ran say, 3k but the iPod said I had done 4k or more.!!

I then started inputting my treadmill Kms into Running Bug to keep a log on my distances and this to when it converted it to miles told me something different.!!

Long and short of it if your times are increasing and your felling fitter then keep at it..

Yes frustrating I’ve been doing the app for 6 weeks now I’m 54 and haven’t run for over 20 years I find it difficult as well I do 3km in 35 mins but I do feel better in myself .

completed week 9 run 3 Hooray 🎉 my problem is although I can jog for 30 mins I can only manage 3km...

Week 9, run 2. For the first time, decided to run on a treadmill as I wanted some actual...

but didn’t want to miss a run, especially such an important one so my running gear came with me. I...