I have been running 10k for a while now and can not seem to improve my speed (1 hour 5 minutes) . So, do I go back to do the 5k+ speed podcasts and improve my 5K time? perhaps two 5k runs and then a 10K run at the weekend.

i am also considering going to 4 runs a week.

So my question is, have any of you taken a similar route? did it work and did it help? 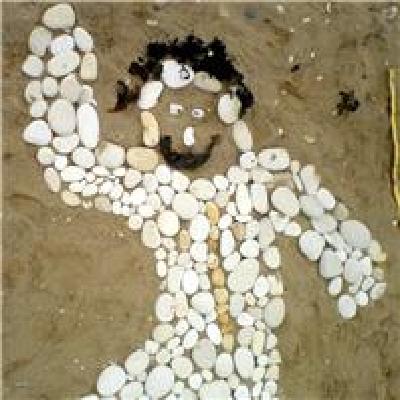 alcopop
Graduate
To view profiles and participate in discussions please or .
5 Replies
•

A while ago I was advised not to do more than 10km untill after I finnish breastfeeding so decided to try & work on my speed... I'm currently training to try do 10km in 55mins following a runners world plan (3 runs most weeks & 4 runs other weeks). I have found it much harder working on speed than on distance. The distances just seemed to increase by themselves but speed feels like it has taken a lot more work. Interval training apparently helps a lot & I've been doing 1 set of intervals a week for a while now. Along with a mix of short & long runs.

Has it helped?? I'm not certain yet. I did a park run last weekend & clocked 27min 30sec so I was going exactly the pace I'll need to do if I'm going to hit my target time. Problem is I'm not convinced I can keep that pace up for double the distance, I was pretty tired at the end. Having said that I have enjoyed more of a structure to my training i.e. shorter runs or intervals during the week & a nice slow long run at the weekend.

If you don't want to increase your distances at this stage then I say go for it! Nothing ventured, nothing gained 'n' all that.

Let us know how it goes.

Thank you for this, I have signed up for runkeeper and will do 3 x 5 k runs during the week and then a long run on the Sunday.

I am also working on speed, although that is not my total focus. I have a marathon runner giving me advice and as she runs her marathons and half marathons in very good times I think her advice is good, I just trim it to to suit the training plan I am using (Completing a half marathon - Runkeeper).

She's adviced me to put hills into each run, steep ones. Walk them initially and then start building little running sessions into them, with the aim to actually run them from bottom to top in one go eventually. Second bit of advice: fartleks. So she says she runs as hard as she can for a count of 30, and then slows down to jogging pace for a count of 60 to 90 and repeat.

Second week of hills and fartlekking for me and already the long uphills in my route are becoming more friendly. The steep hills? I am still walking them, they are hellish.

Thank you so much for this, a great help. i start the HM training (using runkeeper) on Tuesday, have found some decent (but not mental) hill runs and will also try the fartleks (love that word)

Should be ready by october.

Enjoy your training Alcopop - it is good to challenge ourselves. Well, for me anyway. My training finishes mid September and I am planning on doing the Aviemore half marathon mid October. I understand it is almost 99 percent downhill. Whoop whoop! No hills

I recce'd a new route (for me) Saturday, and to connect with the forestry path I had to use the connecting road from the valley and the uphill bits were hysterically brutal. But my elevation stats came in at 533 meters climb and strangely enough at the end of the run I had plenty left in my legs; of course once I got over that initial climb. Sunday's shorter run showed the benefits, I normally start this run on a long incline and I had to stop once to catch my breath, the rest I slowly chugged up. Normally two to three stops.

As usual, I want to run before I can walk (pun intended)

check out some organised runs or new routes to try. What did I find?

Apart from the parkruns,...

Take a step back or re-run?

Burning Question Re Lidl Running Sale (and no pun intended) but What do their Running Bra Sizes Mean?

says the running bras come in size 10 to 20. I have spent quite a bit of time on Mr Google but have...

Giving the cat a run for his money (no pun intended)

do i run today or tomorrow.

saturday. Sunday i have my first proper 5k here: goo.gl/xoYhTZ . also the 2k fun run with...