Cll lumps on head: My dad has been diagnosed... - CLL Support

My dad has been diagnosed with cll ( in June) and at his last blood test they said all was fine and that he should come again in 6 months time ( his previous test was done every 6 weeks) he also has enlarged thyroids too which he had a biopsy done on and that came back fine too. Recently he says he feels small bean size lumps on his head, behind his ears but says that they come and go. Is this normal? He has an enlarged node on his neck ( not visibly enlarged but bigger) which he says causes some pain when turning his head. Just worried about these lumps what are they and what to expect. Thank you 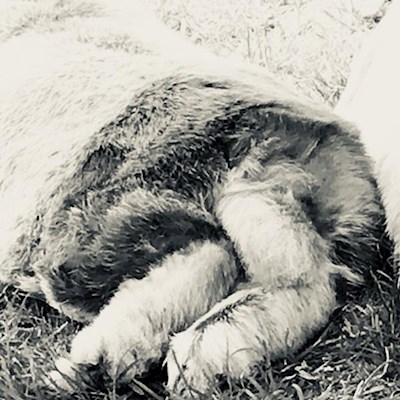 Suskime
To view profiles and participate in discussions please or .
Read more about...
8 Replies
•

Suskime, cll is a blood cancer. The bad guys, cll cells, travel through the blood and can deposit in our lymph nodes, which are pretty much everywhere.

One of the more common areas to have an enlarged node is right behind our ears. The groin and armpits are other common areas, but we have lymph glands in a lot of places.

Sometimes they can be painful and the lumps do tend to wax and wane. But the answer to your question is yes, having enlarged nodes with cll is quite normal.

For some people they grow fast and accelerate the need for treatment. Other folks deal with annoying nodes for many years before treating. Also, some types of cll are more nodal than others. Some get more cll cells in their blood, some more in their glands.

If your dad is seeing a true cll specialist, on every visit he or she will examine your dad for nodes to see if they are growing. Every now and then your doctor might even do a full body cat scan to get a baseline on the nodes.

I suspect if your doctor said see you again in six months, he or she thinks your dad's cll is stable. If the nodes suddenly popped up and are concerning, its probably worth reporting to his doctor just to be safe. Jeff

Cajunjeff thank you so much for your reply I feel much better now and will be able to explain to my dad what you have said. Will definitely have him mention it to his specialist ( he has oncologist and a specialist thanks to the advice from this group) thank you again for taking the time to reply

I have these too Suskime and they are called the occipital lymph nodes. As well as all lymph nodes found in the body (we have over 700), they filter out impurities and harmful substances from the body. Sometimes they swell more during periods of infection but lymphadenopathy (enlarged lymph nodes) can be very much part of the condition.

He needs to mention them to his specialist especially if he finds a node that grows quickly, causes pain or becomes very enlarged but generally CLL’ers can suffer with this problem and I have nodes at the back of my head that sound very much like your father is experiencing. Tell him to speak to his doctor if he feels concerned before the next consult but you will find that many of us experience this issue.

Suskime in reply to Newdawn

Newdawn thank you for reassuring me and I can in turn tell my dad. He will of course tell his dr thank you again for your reply and helping me to understand

If it hurts when he turns head sometimes they start treatment.

My occipital nodes disappeared pretty fast once I did FCR and never came back.

Suskime in reply to Lola69

You might consider going with him to his appointments for CLL - there is a large volume of information and new terms and several very odd and difficult words to pronounce in the CLL world. There are also numerous old and new drugs and therapies to combat and treat and simetimes tame and some say nearly delete this disease, so lots of hope and promise to offset the worry. But - the tounge-twisters and new words will blow you away. Reading about the basics on blood and how its made and works in our bodies will help too! And last but not least - lucky dad to have an involved and concerned Son ☺️

Thank you Billhere I do try and go to the appointments whenever I can or my sister goes so someone is always with him. You are right there is so much to take in and process. Thanks again for advice really appreciate you taking the time to answer. I guess it’s hard to tell from name tag but I am his daughter ☺️

symptoms but the node isn't going away and now there's a new enlarged node forming near my neck...

Cll diagnosis for my dad

means it’s in his bone marrow ( he had a biopsy to confirm that) his lymph nodes are enlarged ( he...

as it is in my lymph nodes. The nodes are still enlarged in my neck, back of head and shoulder. I...

20.8 than week ago done 16 not sure what that means except early cll which scared me to start with...

unrelated blood tests, I have no symptoms. A few days ago I found a small lump on my neck, but I...