I had been told by the osteo yo take a break for 15 days…I was crushed. This is by far the longest break in my running since I started in late 2018. Today I plan to venture out for a very short run (probably with lots of walking interspersed). I feel so nervous about it as I can still feel some slight pulling in the plantar of my foot.

These last two weeks have made me realize just how dependent I am on running for my mental well-being. 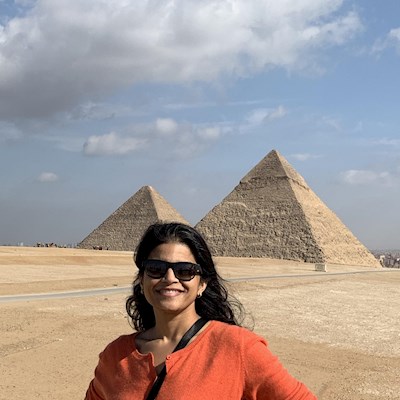 sofaspud
To view profiles and participate in discussions please or .
14 Replies
•

Good luck and just enjoy it. 😉

sofaspud in reply to Stocksy67

Thanks Stocksy! I’m delaying with a second coffee as I feel all nervous about it. I had been advised to rest my foot as much as possible so I haven’t even been walking much. These have been 2 difficult weeks for stress management too. Have a lovely day!

Best of luck sofaspud, I hope everything feels ok. That time not running must have felt like an age, 😊

sofaspud in reply to Frenc

Thanks, Frenc! It has felt like an age and I felt so, so nervous going out today - worried that I would have forgotten how to do it!

My heel is a bit sore but I iced it straight away and am going to do some yoga now so fingers crossed for tomorrow.

Hope all is well with you! (and happy to practice French anytime you'd like!)

Ah well done! Hopefully it’s a mini niggle and that the yoga helped. Lucky you living in Switzerland, I love the mountains and the fresh air. Lol the French is a challenge but I keep plugging away at it 😁.

That first run back after injury is always tricky. We so want it to be ok and if you’re anything like me, always hesitant and apprehensive. But there’s only one way to find and that’s to try.

You might be back already - hope it’s gone ok 🤞

So hesitant and apprehensive. I was looking for all sorts of reasons to delay.

I did a fairly fast 3.5km but was feeling some small niggles so did not push it. But I love that: injury is temporary, running is forever.

It just feels like injury has the upper hand because it can show up in so many places! But I'm committing to doing more stretching and strength training to minimise the chance of injury as much as I can.

Great news on the run! Nice and slowly does it, much less risk of injury resurfacing.

I’ve been very injury-prone in the past and have had months off but I’m still here and still running 😊 and can now say that regular strength training works wonders. So keep at it! 🙂

I kinda know the feeling. Had big plans running-wise for this weekend and next weekend. But my sciatic nerve plays up (can not put one foot before the other without crying from pain), so I fear it's a no go for me and I don't know how long it will take...

Oh bummer. So sorry to hear that! What do you do about your sciatic nerve (even just writing that brings on a feeling of pain for me!)? Best to take some time off. Courage!

What do you what do I about it? It pops up without a warning. I think it might have to do with my bad posture. Now I am taking anti-inflammatory meds for it, just to try if it helps. Sometimes it is over after a day and other times (like now) it takes a while. During such an episode, I can feel ok and not have pain until I do some movement (don't know what) and it hurts like hell again. Now yesterday I went for a short slow walk and while at first I could hardly do 2 steps, by the end of the walk it felt much much better. It is still there and with some movements gives a shooting pain. But gentle walking seems good for it. Running though I fear is a no go at this moment 😔. Whenever I have it and I do a run, it is worse afterwards.

Hope the run went ok sofaspud! PF is awful, but hopefully you’ll be able to get over it soon!

Hi Oldgirlruns - PF is indeed a beast. I think I had it early on in my running journey but never to this extent. I did 3.5km today with walk breaks and will go easy the next time I go out as well. It has been so difficult not to have been out these past couple of weeks as this is ideal running temperature in Geneva - bright, crisp air and blue skies. And I've been indoors waiting it out.

Hope your running is going well!

I had PF e early in C25K and had a month off did all the stretches the podiatrist told me to, he also gave me some silicon insoles for my trainers.I got back into it and was surprised that I retained my fitness but it was Summer and I cycled instead of running.

Good luck it’s horrible but it will pass

and also run/walked it. Even walking the first hill puffs me out! Since then I’ve had plantar...

What did you do to run with plantar fasciitis?

it is a mixture of speedwork and longer runs at weekend so far I have managed 7.5km!!! I don't know...

After running eight days on the trot I seem to have now got Plantar Fasciitis. This is a self...

first run, after having gone back to smoking short term and then giving it up again with running as...

the clue is in the title😐 Haven’t been able to run for 3 weeks and now have been told by my physio...

How did you parkrun or (not)parkrun go?