At new year my hubby took me to have a gait analysis prior to purchasing a proper pair of running shoes. My old shoes were a cheap, ill fitting , un-supportive and ill used.

I underwent a significant gait analysis, on and off the treadmill trying different shoes and eventually purchased a beautiful pair of New Balance, Fresh Form. They fitted beautifully and I felt stable and supported while running on the treadmill, My left foot has a tendency to roll to the outside, the when quite a way to correcting this. I left the shop thinking my future runs would be effortless, bounding along like a baby blue footed gazelle!

The first time out with them I experience some calf pain/cramping, but I attributed this to my feet getting used to proper shoes. I have continued to train 3 times a week since, but the calf pain/cramping is getting worse, rather than better, to the point where I abandoned my run in tears today.

I have never experience leg pain/cramp while wearing my old floppy shoes. Though after a log run my top of my right foot, near the ankle, used to swell and hurt a bit, but that went off after an hour or so and some ibuprofen gel.

I'm now feel I'm going backwards rather than progressing in terms of distance and time. Prior to the new shoes I ran 7.3km in 50 mins and still had some juice in the tank. Saturday I struggled to make 6.2 km in an hour; today I had to stop at 3.5 km.

I have been stretching my muscles twice a day and using a foam roller but nothing seems to help.

Apologies for the whiney rant. Today I feel like all my hard work and money has been wasted and I just want to throw in the towel.

Is this a common problem? Does it take a good while to adjust to new shoes? Is calf pain the price of adjustment? Should I persevere, or throw them in the bin and dig out my old faithfuls?... I just want to run, calf pain free!

Any advice will be gratefully received. 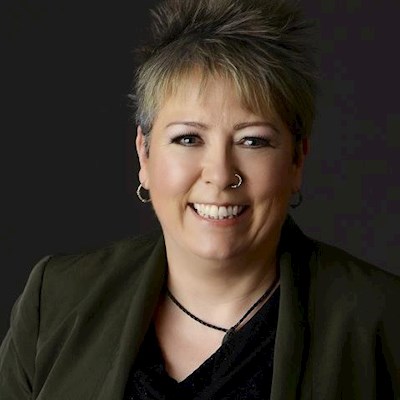 TTDee
To view profiles and participate in discussions please or .
Read more about...
13 Replies
•

No non TTDee, don't through in the towel, the Q word doest not exist namely quit, nobody likes a quitter. Perhaps have a few rest days then resume your runs.

HI TTDee, okay let’s not throw in the towel just yet, none of us are doctors, but calf pain can be a symptom of overtraining - i.e. increasing speed or distance too soon for your bod to adapt , or just adaptation to something different i.e. new hill work, barefoot running (obvs not in your case), speed work, trail running.

It could also be that you are now compensating for the new support you have - after all your old running style was created in something totally different.

Also seriously, lacing too tight can cause problems too.

In my own experience, I’ve never had an issue with new shoes, but then even if they are a model I know, for the first few weeks I alternate the wear between my old and my new shoes - if you haven't thrown away the old faithfuls that might be worth a go?

Have a rest as AlMorr suggests, then why not try a shorter run, after your usual warm up routines and see how you feel after that.

I read ages ago that a good test of tiredness in your calves is to see how many calf raises you can do - you should be able to do the same amount on both sides, if not that tells you of a weakness one one side. If you find you can only do a handful of raises, then that also suggests that your calves are fatigued.

Whatever you do, I hope you enjoy some nice rest and get back out there doing your runs comfortably

There's definitely something wrong if the pain is making you cry 😢

It might be worth going back to the shop where you bought them to see if they can advise you, or even swap them for something more suitable. Most running shops are happy to do their best to put things right

Sorry I don't really have any answers. But please don't throw in the towel. Follow the good advice on here. ,🤞🤞all will be good soon

When I finally got my correct trainers the sports physio advised me to :

Wait until the pain had fully settled.

Start running again, but short distances, to allow my legs to adjust and adapt to the new corrected running position.

I ended up starting from the beginning again, but only because I had been on the IC for several weeks.

It really is not a good sign if they are hurting in my opinion, as somebody has already said it may be worth going back to the shop. I found it was not easy finding the right shoes at all. I have flat feet and therefore should run with shoes that give the maximum support but for me that type of shoe just hurts so I now have a neutral shoe. Despite all the analysis I found it just came down to trial and error in the end.

What a shame TTDee. ☹️ I’d also suggest taking them back to the shop and explaining what’s going on. They might say it’s normal, feet adjusting etc and rest a bit, or they may re-evaluate your running style and let you exchange them.

I have to be honest, I’ve never had a gait analysis. I feel like I should, but my trusty Asics Patriot 7’s (on sale for £40 last summer) have helped cure my plantar fasciitis caused by inappropriate trainers when I started C25K, and I run nearly 20k per week in total with no pain anywhere - touch wood! So reading your post has made me reticent to try to fix what ain’t broke!

I hope you can get sorted. Please don’t give up, running is too wonderful for that. ❤️

If after a rest and trying her advice and nothing works, I would go back to the store. If it is a good shop it will make sure that you have been sold the correct shoes. I didn’t have to run mine in at all.

Ouch... presumably you got the new shoes as your others were causing problems?

Ummm …. I never thought much about how I ran until I got involved here! I am now more conscious of foot strike and think I have moved forward from heel to mid-foot, and haven't (touch wood) suffered from bruised heels (incipient pf??) for some time now - but on the other hand I have recently started getting stiff/sore calves during a run quite frequently, which never used to happen (stiff afterwards maybe, but not during). Then again I am running further and more often than I used to …….

Hopefully your problem is temporary, caused by a gait change which will in the long run be a positive, though the fact it's getting worse at the moment doesn't sound good. Whatever, I agree with others it's worth talking to the shop again soonest.

, so thank you for that!

Rest a bit until the pain lessens, then try running in the old shoes to see what happens.

I don't think you said which calf hurts, but I wonder if "correcting" that roll to the outer foot has caused a problem?

In any case, you should think about adding leg strengthening exercises to your routine.

Don’t even bother resting and trying again. Go straight back to the shop with them. I’ve never had to break a pair of running shoes in, and I’ve had quite a few pairs. The worst that ever happened was that shoes with a higher heel made me heel strike. Take them back, get a replacement or refund. Don’t take no for an answer. And, if you can, try a different shop.

I wouldn’t persist with the shoes.

Get some fresh ones. Even ones off the shelf can’t be as bad as your ones

I’ve had to break a pair of trail shoes in. They were quite stiff when new

Any advice on how to choose new running shoes - when I try different brands and models on in the...

I would get a pair of new shoes in the sales. So I continued to run in a pair of shoes a friend had...

analysis and perhaps purchasing more appropriate running shoes but having just made an over...

New shoes!!! And why my husband is now calling me Phoebe!!👟👟🙂

My Mizuno shoes have been great for a year but pain in my right foot meant I...

Look what Willow got!