Well I’ve been gently and carefully getting out and about, still just walking obviously but feeling really positive about things. I am so amazed at how my ankle has been since the boot came off and today I thought I’d use my £5 Costa card and treat my friend Gemma , who has been helping me out with bits of shopping etc while I have been laid up.

So I arranged to meet her at the Costa near where she works ( and I used to) and I walked over there’s ( just about 2.5k). My poorly ankle was holding up really well and I was barely limping. I was still favouring it slightly but not too much.

Really enjoyed the walk, the flower beds on the square looked so much better for the bit of rain we have had, albeit a bit wind blown. Anyway I stopped off and bought a photo album too on my way, as my eldest sister has given me loads of old photos of our grandparents, their brothers and sisters and also THEIR grandparents and parents. And I’m looking forward to filling the album with names and dates.

I met my friend and her toddler and had a very nice hour of coffee and chat and then off she went to her mum’s and I set off back home.

Well I’d hardly started and my good foot started playing up. I don’t know if any of you have ever experienced this but occasionally I will get what feels like an iron bar running from my middle toe to my heel underneath the foot and it won’t bend properly. Doesn’t matter what I do it won’t sort itself out till it feels like it. Anyway that happened and I’m stuck with limping and putting most of my weight on my bad foot about 2k from home. Nowhere near a bus, and I tried ringing my son in the hopes he was working nearby but no he was about 15-20 miles away.

He suggested trying a calf stretch as it might loosen it up... it didn’t!! So on I hobbled stopping every now and then to catch my breath and trying not to cry.

I sat on the edge of a pavement at one point and took my shoes off and massaged and twisted my foot in the hopes that would help, it did slightly but after a few steps it was just as bad.

I ended up just struggling on bit by bit. It took me 25 minutes to do what half of what is usually a leisurely 10 minute walk. And I was about halfway and had just crossed a side street and I just had to stop and lean against a wall. Whereupon a lovely man in a car, which had let me across asked if I was ok, and could they give me a lift home? I said I was struggling but hadn’t got far to go but he insisted and his wife got out and opened the rear door for me. I have never been so glad to get in a car in my life. They were lovely and dropped me right outside my door.

And now I am back on the couch trying to sort ANOTHER damned foot out. This one will be fine later on I know BUT

The good news is the other one was brilliant and I had to walk normally on it as I couldn’t put weight properly on the other one.

So every cloud has a silver lining they say 😁 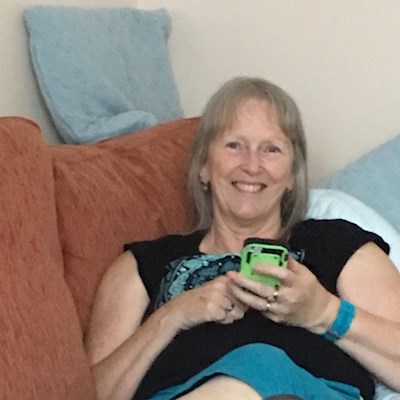 limberlou
Graduate10
To view profiles and participate in discussions please or .
Read more about...
10 Replies
•

Oh Lou sounds awful!!!! What a lovely couple to give you a lift home. Rest up now but glad your original poorly fut is getting better.

I was so annoyed with myself . I hate feeling helpless and reliant on others.

Oh no! That sounds awful! How is it now?

Still really stiff and sore . I have a handheld massager that my daughter bought me from Lidl a few years back, about the size of a hairdryer, and I’ve used it on a stiff neck and on my calves before so I gritted my teeth and used it on the sole of my foot. It felt good but hasn’t done much.its especially sore where my second toe joins the rest of foot. I know that’s a really arthritic joint, from when I had it xrayed with a view to having the bunion op on that foot.

So back to lying with a foot up again ☹️

I’ve been pottering and gradually building up, yeah thats probably it.

It was brilliant on the way over, only when I started back

Also I’ve been wearing little ankle boots with a fair bit of support.. this was flatter softer shoes

They are suede uppers with a knit cuff round ankle, laces up front but zip on inner side too. I have them in black, red, green, blue.......🙄. My goto boots.

Well done getting so far after that happened, limberlou. It sounds like you were doing really well until then, but as Flick says maybe your other foot has been getting a bit overstrained (or it’s sulking because of all the attention your bad foot’s had - I swear that’s how my body parts behave!😂❤️) Hope the good foot recovers soon, and that your next trip out is less eventful. ❤️

weather) meant I was worrying about getting out 3 times a week as I’ve been used to. That statement...

I braved the scary machine 😳

when she asked about my running history she had nothing but good things to say about C25K. Nor did...

Off in the warmth of a beautiful morning for a 10k in my new trail shoes. I say, 'new' but they are...

Yesterday I had migraine and did not feel like running. So today I wanted to do another 10K. At...

Slipping & Tripping down the road

hitting the deck and having to limp or crawl back home.

Be careful out there people, the terrain...

Am I to old