Just looking for a bit of advice. I've had RA for 39 years, and have been on steroids for about 28 years now. I'm 53. As a result, it's affected my bone strength and I've had a number of Osteoporotic fractures. Initially I had Risedronate/Actonell but (like many people) was unable to tolerate it due to tummy side effects. Next, I had Prolia injections, which started off ok, but then I started to get worse side effects each time (feeling generally unwell, and increasing bone/joints pain - especially in areas where I'd had previous fractures). These effects seemed to last longer with each injection. I stopped Prolia about 3 or so years ago, and apart from Adcal have been taking a break from any other treatments. Unfortunately, I have had fracture problems again, and my rheumatologist has convinced me to have a zolendronic acid infusion on Monday (11th October). We did discuss Teriparatide, but decided to hold that in reserve for possible future use.

My worry is the risk of side effects with the infusion. I understand it's a similar type of drug to Prolia (I may have that wrong), so I'm concerned about getting the same horrible side effects.

Have any of you switched from Prolia (following side effects), to Zolendronic acid and been ok? (Or not)?!

Thanks in advance for any advice .😊 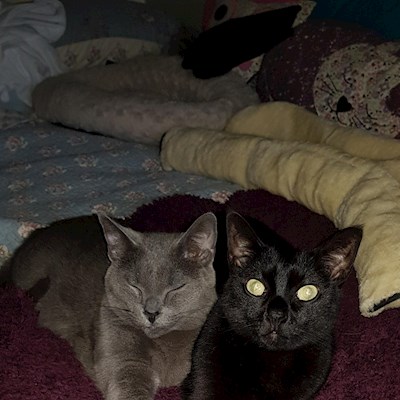 Kags1068
To view profiles and participate in discussions please or .
Read more about...
4 Replies
•

HI Kags1068...unfortunately I have no experience with zolendronic but I did have one shot of Prolia with horrible side effects. My question is after you stopped Prolia did they put you on a rebound drug? Only asking because you said you had fractures which I know can happen if you stop Prolia without a rebound? I know all these decisions are very tough to make. I have decided not to continue with Prolia and I am very uncertain if I want to go on a rebound drug or take my chances with spontaneous fractures. Its all very overwhelming. My only worry for you with an infusion is if this drug in put into your bloodstream and you have any side effects not sure theres much you can do until it leaves your system....very similiar to the Prolia shot. I'm down 2 months with 4 to go. My endo suggested Reclast infusion which is good for a year but I said no...wish I said no to Prolia also. Wishing you luck on your decision and hoping all goes well.

I'm guessing if you stopped Prolia three years ago your resent fractures may not be Prolia rebound ones, The effects of Prolia (denosumab) wear off quickly - supposed to be about 6months after the last injection. The ‘rebound fractures’ mainly of the spine have been reported by people who have stopped Prolia and haven’t then received an alternative bone medicine.

In September 2017 in the UK the information and the manufactures warnings about possible rebound fractures started to be taken more seriously by health professionals. Now it seems pretty standard that when you stop Prolia you’re prescribed another drug, such as a bisphosphonate, for at least a year to help keep the bones strong.

Zoledronic acid is a bisphosphonate, I can understand you concern about taking it (or any drugs) – I have food intolerances and have problems with most foods and medication. I managed for a number of years without Osteo drugs (other than Vits etc) but then realized I needed more help – Started on Prolia in 2012 did really well, only a few minor side effects; stopped after 5 years for a drug holiday as Dexa scans showed I was no longer in the Osteoprosis range. Unfortunately for me local hospital hadn’t realized possibility of rebound fractures. I lost what I gained in bone strength and had 8 spinal fractures. Went on to ‘emergency treatment’ daily Forsteo injections for the maximum 2 years.

Then went on to Zoledronic acid as a ‘holding treatment locking in the previous 2 years meds’ this was in the height of lockdown – I had the flu like side effect, understood affects about 30% of people after the first infusion, but from that develop an eye problem (which was difficult to get treatment for with lockdown!) that lasted 4 months it wasn’t very serious (no long term issues) but Consultant felt best not to have a second infusion, after lots of thought and talks with the Consultant I’m back on Prolia.

The Zoledronic acid did hold the gains I was able to make after the 2 years of Frosteo, so in that sense was a success and other than the 8 spinal fractures, touch wood, I have not had any more.

I’m sorry not to be able to report more positively on the Zoledronic acid, it’s such a minefield knowing what to do for the best. I hope you hear from someone who can give a positive report. Thing is often one only looks for help when we’ve had problems with a drug, I didn’t know about the support from peers on this site until I had problems. I was surprised by the number of people like yourself who don’t tolerate Prolia, or like me and had had the rebound problems with it.

Did you know on the ROS website (Royal Osteoporosis Society theros.org.uk) have lots of fact sheet on the different medications and the side effects with a bit of a guild as to how many people are affected by side effects? Would suggest their Help Line but not sure you’ll have enough time before your appointment.

Will be thinking of you on the 11th.

Kags1068 in reply to Posy-White

Thank for your very helpful and interesting reply. I’m sorry too hear what you’ve been through. It sounds awful - and very painful.

You are quite right, my current issues haven’t been rebound fractures caused by stopping prolia. After stopping prolia, I’ve just taken Adcal. I think I got lucky with no rebound problems. I didn’t even know about them at that point. I now realise my then rheumatologist was keeping a look out. He wanted me to switch to Zolendronic acid straightaway. I insisted on a break. As a result of lockdown, my consultant retiring a little bit unexpectedly and waiting to get a new consultant, the break lasted longer than perhaps anticipated.

My current issues stem from me falling down 3 stairs in January (after a rare trip upstairs). A stupid, avoidable accident that resulted in a broken femur between my hip and knee replacements. I underwent an ORIF procedure to try and repair it. All went as well as it could initially, although i had been warned it was complicated and due to my condition, stood a greater chance than normal of failing. In May i suddenly developed severe spine/rib pain and a T7 compression fracture was discovered along with 3 mostly healed rib fractures (2 one side, 1 the other). This was agony and took a good 12 weeks to ease. For about 3-4 weeks of this all i could literally do was lie down. At this point, talk of re-starting treatment began. Since January until now I’ve been partial weight bearing mostly using a gutter frame. The thinking seems to be that this has put repeated stress on my spine. It’s also aggravating other upper limb joints. Since 2007 I’ve had a number of stress fractures - pelvis, several on right ankle/Fibia and then this year the spine and ribs.

To complicate matters, in July my fracture healing slowed right down and the term delayed union was mentioned. This was when i asked about Teriparatide as i had read it could also help delayed union. I had a CT scan end of August and this showed no more healing and fracture now non-union as it wasn’t going to heal. Therefore Teriparatide put aside for future use.

I’ve now got to have a revision of my hip replacement to insert a much longer stem to cover the fracture. Not a happy bunny about that! Hoping it will be late November. My new rheumatologist wants to get an infusion in prior to this op, so it can start helping.

Apart from the obvious side effects, the other thing that concerns me slightly is possible eye problems. I see that happened to you. I’m sorry to hear that. I’ve read the most likely problems are uveitis or scleritis. Did you have one of those? Unfortunately I’ve had serious eye complications from the RA, and one of those complications has been relapsing Scleritis. I’ve also lost the sight in one eye due to the other problems I’ve had. I do have topical and systemic treatment for the Scleritis, but i will remind them when i have the infusion.

Please don’t apologise for giving me your honest experience of Zolendronic acid. I’m glad you were honest, as it’s very useful. It’s awful you experienced 8 spinal rebound fractures - can’t imagine how painful that was. One was enough for me! I can see why you were given Forsteo straightaway. I’m glad the Zolendrate was at least able to consolidate your gains from Forsteo. I do hope the prolia continues to suit you. You are right, it’s an absolute minefield!

Sorry about my long response, i was trying to explain the situation. I have looked at the ROS website as you suggested. Thank you again for your valuable advice, and for your good wishes.

Posy-White in reply to Kags1068

Oh you have been through a tough time, no wonder you are concerned to make the best and right choice.

The more I think about it the more I wonder if you have not had many replies because most people who have had Zoledronic acid have not had problems (other than 24 -48 hours of flu like symptoms) where as any posts about Prolia attract more attention as a number of people have had life changing issues because of side effects / rebound fractures.

The eye problem I had may or may not have been related to the Zoledronic acid - it started with in hours of the infusion so was it something I already had ??? Then as I coped the flu side effects did that just make it worse. I did NOT have uveitis or scleritis I had blued vision and a very dry eye - the blurring came and went but it lasted from June to October. It wasn't really that bad but uncomfortable and like you I didn't want to do or have anything that might lead to me falling over/down the stairs etc.Sometimes

I think you have got to the same stage as I got - "I need some Osteoprosis Medication" ....... but the which one it is such a minefield especially when other medical issues are involved.

Did you find your way round the ROS website? I sometimes get lost on it (!) but found their fact sheet on all the different meds helpful to at least know about all the options.

wondering if I will have the same side effects from the injection, muscle, joint and bone pains....

alendronic acid due to stomach problems and have been advised to have a zolendronate infusion....

I have been on AA for 20 months now and the side effects are getting worse. Eyes, headaches,...