I'm completely new here and was looking for some experiences/opinions on the progesterone only pill? I was given it after having my contraceptive implant out (which left me with a painful cyst and bad ovulation pain ?endometriosis, but much more regular periods). I was wondering if anyone had anything to say about it as I'm due to start it but am quite anxious about it. I've read a few posts on here but thought I would explain my situation.

Many thanks in advance 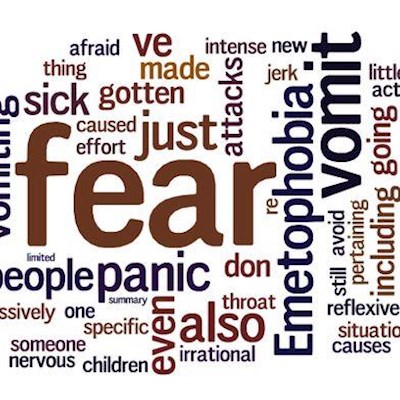 emetophobicgirl
To view profiles and participate in discussions please or .
Read more about...
9 Replies
•

I had very light periods on the progesterone pill, although I will say that my periods were very irregular for years after I came off it.

Thank you so much for your reply. Do you mind if I ask what side effects you got? and do you think they were caused by the combi pill not the progesterone only pill?

Sorry, I'm such a worrier!

Cooper27 in reply to emetophobicgirl

I'm a bit too embarrassed to say... It was all down to the combi pill though, I think it caused hormonal changes that never corrected themselves.

They both did make me quite thirsty, and I think both caused some weight gain. If I were to go back on the pill, I'd opt for the progesterone one

No worries! Thank you so much for all that! really kind of you to share

Hiya - It works well for birthcontroll - it you want to know the (perhaps too) detailed story of why I know, read on... 😊

I had been given progesterone tablets by my Gyn to prevent miscarriage. To clarify this is a tablets that consists just of progesterone. His instruction to me was to take it AFTER I ovulated to help me keep the pregnancy.

I was a bit eager beaver back then and didn’t really realise the effects - as I didn’t know exactly when I ovulate I started taking the tablets a bit earlier to be on the “safe side”... sure enough every month we tried to get pregnant (with lots of sex on and around predicted ovulation date) - nothing happened. I was also not able to get a positive ovulation stick. I got really worried and thought I had fertility problems!!

Until I read that the role of progesterone in the body is to prevent further eggs maturing and another ovulation, once ovulation had happened. So the body produces it on its own after ovulation- quiet clever! So if you take it synthetically before ovulation or during your whole cycle- then you stop yourself ovulating! Hence you can’t get pregnant!! This is the philosophy behind your pill.

I did that accidentally to myself for 3 cycles and stopped everything on the fourth and sure enough got pregnant straight away. I got the normal signals on the ovulation sticks as I should have etc.

I then supplemented with the progesterone tablets until about 10 weeks when the placenta takes over.

Ps - the supplementation with Progesterone to prevent miscarriage is debated and not all believe in it. But the concensus is that it can’t really harm - so I did it upon advize by my gyn (who is pro hormones) as I was producing a lot of cortisol / stress hormone (which converts from progesterone) and can thus depelat your own natural Levels, which is linked to early miscarriage

I’ve been on this pill for another 8 years (apart from when ttc or pregnant!) and never had any issues or symptoms. I never have a period either.

So I have PCOS and hadn't had a period in 3 years. I started the POP pill for contraception and after 8 days started to have really heavy periods (like soaking through a maxi tampon and a pad within 4 hours.... sorry if tmi) this lasted for 3+ weeks before I thought enough is enough and stopped taking them. My periods lasted for a further 2+ weeks and now I'm eventually back to my normal. I am currently going to the GP for investigation as I'm pretty sure my vagina is broken or something. Anyway...that's been my experience with POP, if its any help.

Oh wow, sorry to hear you’re having such trouble ☹️Thank you so much for your reply x

Hey I’ve been on it for 6 weeks and have bled consistently for 5 of those weeks and currently still am it isn’t like a usual period really but more brown blood and occasional heavy red blood. I’m so fed up on it and it’s starting to affect mine and my boyfriends relationship as I’ve experienced some really bad mood side effects and dizziness. I’ve been told it should stop and sort itself out but idk how long that could take at this point. Hopefully not long. I went on it thinking it would stop my periods not give me a 5 week long one 😂😂 oh well hahah

stabbing pains in my vagina, and fatigue. I'm on the POP pill without break so I shouldn't be...

Breast pain on the pill?

Hi everyone, I’m new here. I’ve been on the contraceptive pill for over a year and take it on time...

been taking the pop pill for a couple of months now and so far ive inly had my periods once but...