Why do we regain the lbs so quickly? - Weight Loss Support

After regaining a stone during a week away its made me wonder why our bodies regain weight so quickly while it takes weeks to lose it. Any thoughts? 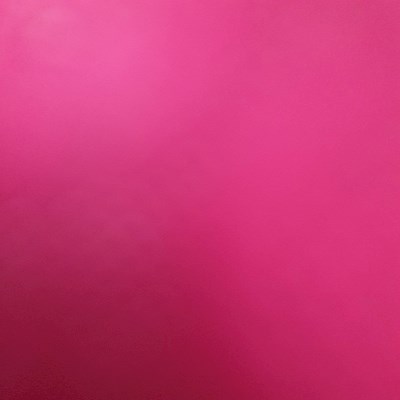 IamwhatIam517
6 stone
To view profiles and participate in discussions please or .
13 Replies
•

No idea why, but it’s so true! Even for long term maintainers, it’s true - I can put on 5lbs in a few days, but it takes me weeks to lose them again! I think the moral of this tale is try and avoid putting any back on - but easier said than done!

Glycogen is one of the culprits behind sudden bouts of weight loss and weight gain. It’s stored in liver and muscle cells for when a quick fuel source is required. But each gram of glycogen stored is bound to 3 or 4 grams of water. Hence it’s often referred to as water weight. When you replenish your glycogen stores, there’s loads of water attached. Once you burn through them - you lose a lot, because you lose the water weight, like it happens in the first stages of dieting. Then we have all the other processes of our body adapting to using less energy when we eat less and trying to store more once we have extra.

And I’m sure many other processes 😊

I am sure your right Nordi, but what a depressing thought, 😂still it’s a good reminder to stay on track however hard it might be! I need a lot of these at the minute🤞🤞🤞🤞🤞

This makes interesting reading Nordi. It sounds a bit related to the idea that other people mentioned before to our bodies going into starvation mode and also to the fact that exercise is important as it burns thegly cogen from our muscles so we can get the energy we need to keep up?

I don’t think we need to get too worried about muscles being burnt for energy when he have excessive fat. Fat is there for extra energy from storage when needed. Only we may not be able to access it effectively if we keep snacking constantly and use a lot of carbs, especially the highly processed ones.

It's not about eating less but about eating the right types of food. Sugar and starches drive glycogen storage, so you need to cut down on those to control weight gain.

N-o-r-d-iModerator in reply to Eryl

For me it’s both, I have to eat the right types of food AND to eat less 😊 I also need to have longer periods of no food, which means snacking is detrimental for me, even if it were the right type of food snacks. Only the combination of these three elements brought positive outcomes to my health, despite of many varying attempts in the past. I’m convinced that for some people one of them is enough. Some start eating less and are successful. Some change food choices and are successful. Some start intermittent fasting and are successful. I, however, am one of those who had to make sure all three components came together, then I was able to get where I am now.

If you reduce your blood sugar your hormones will work better and you won't be tempted to snack so much.

N-o-r-d-iModerator in reply to Eryl

I can either eat or not eat 😊 once I start eating, I want more. That doesnt even depend that much on the type of food I’m eating. So I’m better with longer breaks in between meals and larger portions. Some people are better with smaller portions.

Hi. I read the book Why we eat (too much) by dr Andrew Jenkins . This was mentioned by someone else in this site. Very interesting read about how we gain and lose weight. Might be worth a look.

That's a very good question. I've also noticed that my gains often don't make sense - I've had STS and even a slight loss some weeks after being really unhealthy yet gained several lbs other weeks without my eating being any worse. I hoped you enjoyed your time away.

1) "weight loss" as a result of caloric restriction is a (temporary) error. It's a transient event that occurs while your body is adjusting to a situation in which it has less food to play with, ie., it has to become more efficient in order to maintain the amount of bodyfat that it needs to meet various metabolic constraints (in particular, the constraint on blood sugar). As soon as it has recalibrated, it puts back the fat that you've lost. Or, at least, it puts back enough to meet the aforesaid constraints.

All self-tuning control systems behave like this. It's completely normal. Unfortunately, about 0.001% of dieticians have any training in or understanding of this sort of thing, so they are genuinely baffled when caloric restriction fails to work as they think it should.

2) If you eat a very calorie-restricted diet, your body's best guess is that a severe famine is coming. It therefore re-tunes itself in such a way that it conserves fat mass as aggressively as possible, and any extra calories that it can scavenge are used to build more bodyfat. This is an optimal survival strategy.

In other words, eating less makes you fat in the long run. And it drives you crazy.

As nordi mentioned, glycogen storage (and the accompanying 'water weight') is also a factor, but for most people it only accounts for a kilogram or so. Maintaining glycogen stores significantly above 50% maximum for any length of time is also an error, arising from a diet containing too much human-inappropriate food.

It really does not seem fair. Why doesnt it work the other way?

4 stone loss, so why do i still feel so FAT

Hi all, I've lost 4 stone, because the scales tell me so, my clothes are huge and everyone keep...

Due to losing my motivation and belief I have effectively taken 7 months to lose 1 stone, before...

Good morning everyone hope your all well. ☺️

I just wondered if we should be weighing ourselves every week, i have been doing that but not sure...

exercise achievements from last week and your proposed goals for this coming week. This will not be...

Which scales are best?