Hi ladies does the medication once you stop taking it after 4 days make your heavy bleeding come back?? As I'm abit unsure and worried as it does seem to be stopping the heavy bleeding at the moment but worried incase the heavy bleeding comes bad once i stop! As my first period which started weds morning since taking norethisterone and I'm currently day 3 or 4 .... need some advice or personal experience please 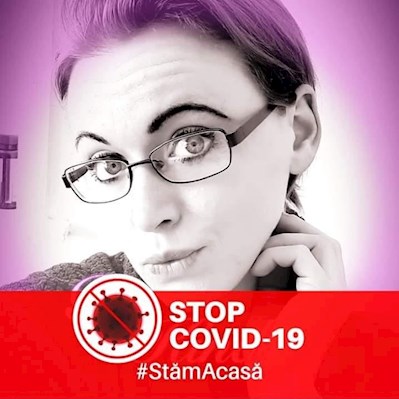 LoneWolf91
To view profiles and participate in discussions please or .
Read more about...
10 Replies
•

Hiya! I’ve taken tranexamic acid a couple of times now, but normally with mefanic acid (which helps with pain and heavy bleeding). I’ve found they both help with the bleeding but never fully stop it, usually just like spotting or a light bleed. But normally after a few days the bleeding comes back pretty heavy. I’m not entirely sure if it’s meant to stop the bleeding completely or just make it light enough for you to do normal things. Hope this helps x

Wth seriously!! I thought it reduces heavy bleeding for the the first 3 or 4 days so it's not as heavy .... I've not taken any tranexamic today and I'm still OK it's not come back heavy .... if that's what tranexamic does then won't be taking them again as I don't want the heaviness to return

So basically it pointless taking the tranexamic acid 🙄 as it just holds back the heavy bleeding for 3 or 4 days but then once u stop asking it the heaviness comes back .... why do doctors prescribe theses if that's the case as I though it would help which it had to reduce my bleeding but I thought once coming off them everything would be okay like no heavy bleeding to deal with now I'm panicking as it be day 5 tomorrow and I normally come off my period on day 9 or 10

Cats-and-plants in reply to LoneWolf91

Don’t panic, every body reacts differently to medication. I was prescribed it for a physical exam (so dr could check my uterus clearly) and after a trip to a&e to stop heavy bleeding. If you’re bleeding for 9/10 days normally then the acid should work at slowing your bleeding down; my periods last 30-40 days so bleeding comes back heavy (I assume the acid must just leaves my system), so it makes sense you might have not as heavy bleeding after taking the medication. If you got concerns speak to a pharmacist or doctor, they’ll be able to tell you what the medication should be doing to your body - my dr said it should ‘get the bleeding under control’.

Don’t panic though, go speak to a medical professional. It’s a widely used medication to stop all kinds of bleeding. (Sorry if I stressed you out in any way!) x

Well I suffer with PCOS and heavy prolonged periods and this would be my first ever period in 1 Yr 6 months as I use to be on norethisterone till May 27th this year but when I stopped taking it then 2 days later I had a short 6 day withdrawal bleed which normally is heavy and lasts longer for over 2 weeks but this time it didn't then I had 5 weeks without no bleeding or period till this weds gone I started at 10am and Thursday, Friday, and Saturday I was heavy asf and that's when I took the pills 2x 3 daily instead of 4 daily .... I'm on day 4 atm of my period and I've noticed today I've had hardly any blood on my pad but when I wipe myself I notice the blood and its darker red and sticky?!?!?! I don't know if this is the tranexamic acid or not but I've not taken any since yesterday night at 10pm so I'm confused ......

Cats-and-plants in reply to LoneWolf91

Hmm, interesting, it might well be the acid having an effect on your period, it’s meant to help your blood clot so a darker colour might make sense. Maybe see how the next couple days go and if bleeding comes back heavy go back to your doctor. You might need a higher dosage or a different medication. I found it did take a couple days to work before I noticed any change in bleeding; the nhs website says the effect varies in taking effect (depending on dosage) but can take effect within 24 hours (but that’s for all uses of the acid, including nosebleeds). Best advice is, if you got concerns or questions speak to a pharmacist or doctor

Well so far the bleeding is a darker red and sticky in consistency and only abiy of blood has gone on my pad but not much at all I only notice it more when I go to the toilet and wipe ..... 🤦‍♀️🤦‍♀️🤦‍♀️ its day 5 today as well

Also to add I started taking tranexamic acid on Thursday and stopped Sunday so for 3 days I only taken it ... but all day and night Sunday I had hardly nothing on my pad only when I went to the toilet to wipe and same as this morning 🙄🤦‍♀️ normally tranexamic acid doesn't work for me due to the past when I took it but I was on norethisterone for a full year and 6 months and came of it in May 27th this year so I don't know what's going on!!!

AngieGat in reply to LoneWolf91

I haven't got PCOS but 2 yes after catching Lyme disease I've developed a bleeding disorder, which means my periods are now like 10 days at Niagra falls. I've had 5 lots of blood and iron transfusions because if it. I take 9 TXA a day when I'm on, alongside the mini pill and I can still have seriously heavy bleeds for 8+ days. And I mean changing every 30 minutes...

I've been advised to give it a couple more months, then I've a choice of the coil or a hysterectomy 😏

extremely heavy periods so i know what is 'normal for me but sometimes my period is so heavy that...

Finished norethisterone today after been on it for 1 year 6 months straight!

they went though once they ended the tablets? Also when they started the withdrawal bleed and how...

Getting pregnant with Metformin?

'stimulating ovulation'. So when my periods started again I stopped taking it.

Help am I pregnant I'm confused?

since about 12.00pm today the bleeding has completely stopped and I'm losing like a yellowish...