Rheumy appointment today. Agreed eek out my chemo infusions by another 2 weeks, but steroids remain unchanged, so that's chemo extended until end of October now. If all stays balanced and well behaved until then I get to decide whether I want Methotrexate or Mycophenalate to replace good ol' cyclophosphamide. Decisions, decisions!

I have been told today there is insufficient clinical evidence for PAN patients to favour one over the other. I know I want hold on Azathioprine, so can anybody advise on the differences and the efficacy of both? 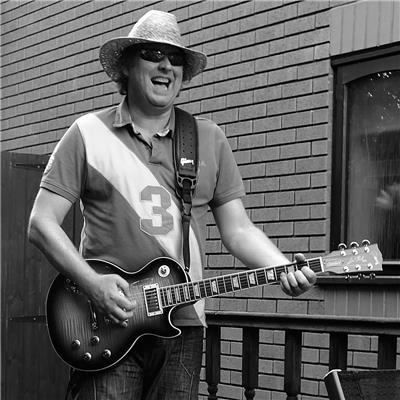 Wellsie
To view profiles and participate in discussions please or .
Read more about...
9 Replies
•

I don't know anything about Mycophenalate but my Chest Consultant didn't want me to take Methotrexate as he said it can cause problems with the chest, so I am on Aza.I believe they are as effective as each other. Do you have chest involvement? It might be worth enquiring about this.

Good luck with your decision. I am still trying to decide what to do about Lanzoprazole. I also hate having to change tablets!

Lynne; PAN does not affect your lungs I believe. I tried Azathioprine in the past but it was not strong enough to hold remission. Time for a change this remission!

Have to say at the outset that I don't have a definitive diagnosis but I have been on Methotrexate ( MTX ) and now taking mycophenolate motefil ( MMF ).

The MTX is a weekly drug. I had no side effects apart from a bit of hair thinning. Despite going up to the maximum dose and changing to sub cut injections ( 30% better in terms of absorption than oral ) I found that the MTX only worked for 4 to 5 days, leaving me very symptomatic again. My rheumy says that such " wearing off " was fairly common with MTX. I think the lung side effect is very rare but it can cause severe inflammation.

I have been on MMF for nearly 4 weeks now, no side effects so far but no benefits either!

I don't know if the mechanism of the drug will make any difference. MTX is a cytotoxic ( like cyclo ) whereas MMF alters the DNA in your immune system.

Good luck with your choice and ongoing treatment.

Hi I have been on Mycophenolate since 2008 and have tolerated it well. It has kept me in remission along with prednisolone since then. I was on the maximum dose of 2000mg a day but now on 1,500mg daily. I have Wegeners, However someone I know did not tolerate it so well. I guess it's an individual thing. Hope you find something to suit you soon. Best wishes

Hi there I went on to axa after a flare years back but chemo infusions but it was not strong enough and ended up back on chemo infusions so had to start again. Then went onto methotrexate and have tolerated well and has fought off further flare ups.

I have PAN and have been on methotrexate 15mg weekly for two years. Prednisolone now down to 5mg and trying to reduce very slowly, alternating 4 and 5 mg. Haven't had a flare and there was never any lung involvement. Aches (sometimes severe) do recur in various joints but I just go back to taking 5mg pred all the time and it usually sorts it. I don't have any experience of mycophenolate.

We have 'spoken' before- although I can't remember over quite what now. I had a kidney transplant, last July- prior to his I was on azathioprine, 150 mg daily. I am now on Advagraf (tacrolimus) and Mycophenolate Mofetil- 750 mg twice a day. This is along with other drugs, including Prednisolone 6mg daily. I don't know anything about Methotrexate, very sorry, but it seems, to me anyway, that Mycophenolate is currently the 'drug of choice'. Sorry that I can't be of any more help.

I have been on Mycophenolate now for 18 months after a brief spell on Aza which didn't agree with me. Other than having loose bowels for the first couple of months I have not had not had any side effects with Myco. It has also kept my MPA a bay. Whether it has a merits over Methotrexate it is difficult to say. It looks like it is going to be a case of suck it and see (although swallowing it might be preferable).

I've been on CellCept (Mycophenolate Mofetil) for 2 years. I'm on 3,000 mg daily. I haven't had any issues with it. From what I've read, people generally tolerate CellCept better than Methotrexate. However, it all depends on your own body. For me, CellCept has not done terribly much alone. Dapsone didn't do much at all for me on its own. When my doctor decided to use them together, I finally got my life back! I never went a full month symptom-free, but I finally felt better than I have since this all started. However, I've surpassed toxicity with the two as I'm having some neuropathy in my lower legs and feet. I'll be switching to Orencia soon.

Hope this helps! Good luck no matter what you try!

I am currently on week 13 of the Methotrexate vs Cyclosporine clinical trial in the UK(25mg a week).

Hi everyone I’m on Methotrexate injections for my AAV vasculitis just had my 10th yesterday. Still

Methotrexate what can I expect

Difficulty coming down off prednisolone so rheumy putting me on methotrexate ,read all the info but...

No Need to Self Isolate with Covid after 24th March?

Granulomatosis with polyangiitis and nose bleeds