New results not seen yet: Had a blood test... - Thyroid UK

Had a blood test requested by endo. Have my first appt Next week. Inially had. A blood test back in May. My t4 has come down to 24 from 36. (6-24) t3 now 13 from 19 (3-8). Tsh still 0.01 (0.1-4). Tpo negative. My results have come down on there own I dont take any meds no symptomology initially or now. I feel a bit like work is getting on top of me stressful job Like mentally exhausted . Not experiencing any of the symptoms of hyper. These are the only tests. Could my readings normalise on there own 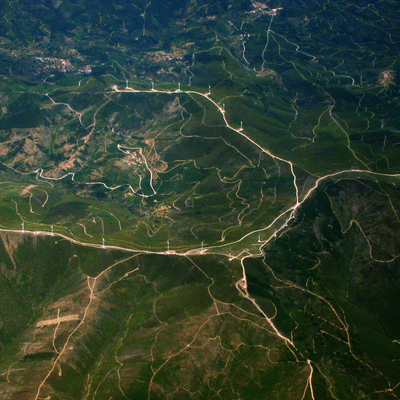 Meemee636
To view profiles and participate in discussions please or .
Read more about...
9 Replies
•

Meemee636 in reply to greygoose

Thankyou do you think watch and wait I just wonder if they will do more blood tests or want to treat .

greygoose in reply to Meemee636

I'm afraid I have no idea. Impossible to second-guess doctors. But would be better to wait and watch, rather than treating with carbimazole, if the levels are coming down by themselves.

For full Thyroid evaluation for Hashimoto's you need TSH, FT4, FT3 plus TPO and TG thyroid antibodies and also very important to test vitamin D, folate, ferritin and B12

For Graves, you need these plus testing for TSI or TRab antibodies

If you've got no symptoms, and the thyroid levels are coming down of their own accord, why medicate ?

As they've tested TPO, it would be worth asking for TRAb/TSI - it could be Graves', as it's a relapsing/remitting disease.

Meemee636 in reply to Valarian

Thankyou. I will ask for that test. For graves I think bEfore agreeing to meds . Thanks so much

Valarian in reply to Meemee636

Carbimazole has some potentially seriious side-effects, which is a good reason to avoid it if you don't need it.

It's always a balancing act. Your FT3 is still high (I'm surprised you aren't having symptoms, and wonder if you've got used to some of them - eg a faster metabolism than usual, perhaps the faster heart rate...), and although they've come down, they haven't come down that quickly.

If you've got Graves', you want to get it into remission - if they want to treat you, and agree to the antibody tests, with follow-up bloods in a month, I would probably consider treatment now, or after the next set of tests (unless by then they were sure it wasn't Graves').

Meemee636 in reply to Valarian

Well I went for my appointment lfirst appointment. He think my thyriod is bigger than it should be. Dismissed improvement when I said I felt fine. He did not check bp just pulse. 75 Gave me 3 options. Did really ask about symptoms. Insisted on starting 40mg Carbimazole. No negotiation in dose . I said I thought that dose was too high and was afraid of going the other way. He said you probably will feel very very tired will gain weight and most likely experience irritability and mood changes and is likely I will be hypothyroid. Which he didn’t seem too concerned about I was going to agree to small dose 5 or 10 but now worried that I won’t be able to function on 40 Further blood test 8 weeks. He agreed to graves test but said it won’t change treatment plan. I am thinking of not going back again

Valarian in reply to Meemee636

40mg is a typical starting dose (your FT3 especially is still way over range). 5mg is a maintenance dose and unlikely to have much effect, 10mg is the sort of level prescribed once results are definitely within range; if you're going to take the carbimazole, you might as well take enough to begin making you better ! Part of the weight gain on carbimazole is probably down to many of us getting into bad eating habits while our metabolisms have been racing, and not losing them quickly enoug as things return to normal, and also feeling too exhausted to take much exercise. The irritability and mood changes are par for the course with Graves' - you may feel your brain is working faster then everyone else's, and not hesitate to tell them so !

Take the antibody test, because if this isn't Graves', you need to know what it is. The swollen thyroid may be nothing to worry about, but if your antibodies come back negative, they may send you for a scan.

It's not unusual to end up with results in the hypo range when we are being treated for Graves', because it's difficult to get the dose exactly right - your results may show a steady downwards trend for a few months, then do something different ! The point is, although your results may drop into the hypo range at some point, this will almost certainly be because you are overmedicated. Once the carbimazole is reduced, they will come up again - there is nothing wrong with the thyroid itself, the disease is caused by the antibodies. The main thing people here get concerned about is where people with Hashi's (which is a hypo condition) is given a large dose of carbimazole without sufficient testing - the hyper phases of Hash's are relatively short-lived, and do resolve themselves. You'd need someone with Hashi's to comment, but given the hyper episodes there are caused by dumping of stored thyroid by a thyroid that is becoming progressively less able to produce new hormone, and you've been hyper since May, I think this is looking increasingly less likely in your case - someone with Hashi's would have a better view of this.

Symptoms are always tricky with thyroid problems, although there are typical symptms in each case, there is a lot of overlap between hypo and hyper, and even people who've been monitoring their condition for a while can sometimes be surprised by their blood results. It is unusal that with those results, you aren't experiencing any symptoms, but to an extent you may have become used to them. I remember my GP being quite stunned that with the list of symptoms I had told her about , I'd never mentioned the thumping heart rate, which to her was probably the most worrying of the lot - it seems I'd just grown accustomed to it. The thing is, those thyroid levels will be having an unhealthy effect on your metabolism. You could try asking your family - I remember clearly one meal before I was diagnosed where my brother kept telling me to slow down, I was talking much too fast, what was the hurry !

You may find these links useful:

looking for other thyroid tests he could do for me and I am sure from the Lab Tests Online site he...

Holter monitor results not back yet?

anyone know how long it takes to get the results from a 24 holter monitor and how do you hear back?...

blood test results not yet received

My results up to now? Yet no tablets given