Getting tested and dumb doctors: Had a doctors... - Thyroid UK

i brought up the whole thyroid thing and how if the test results were saying i dont have thyroid issues then maybe its somethjng to do with lack of taking on nutrients from food and the multivitamins im taking. He checked my results and said that everything was fine so what did i want? I explained that i was researching on the nhs thyroid forum and that they suggested a check of vitamin and minerals. After he stopped laughing, he then went onto tell me that "those people" on the forums were obsessed and only pushed for b12 shots because it was a good alternative to an anti depressant because it gave an uplifting feel.

By this point he checked my hair, asked if i had ever been through a lot of stress, i explained yes a few years ago and he suggested that its just ongoing stress, i said that i didnt feel stressed and i understood that it manifested in different ways but srsly no. He then said i looked stressed and tense sitting there. At which point i looked him in the eye ans no said no offence but doctors really stress me out so 🤔

In the end he agreed to test tsh and t4 (if the lab agreed) b12, folate and ferritin and poissbly vit d. And as for my hair he said that i had generilised thinning (well duh) and after i asked him what it could mean (i dont think he was actually going to tell me) he mumbled something about androgenetic alopecia and genetic hair loss....which are the same thing! I honestly think at this point i could train as a doctor and work out whats going on quicker then waiting for a doctor who can actually help.

Oh an one final thing. I explained i had been keeping track of my temperature and how its been low the past three weeks and ive felt quite fine, not freezing cold (its been around 35.8C) but this last week its been 36.5C and ive been unable to cope, clammy and uncomfortable with a bright red face, he shrugged and said its hot outside and a temperature of 35.5C is totally normal 🙃 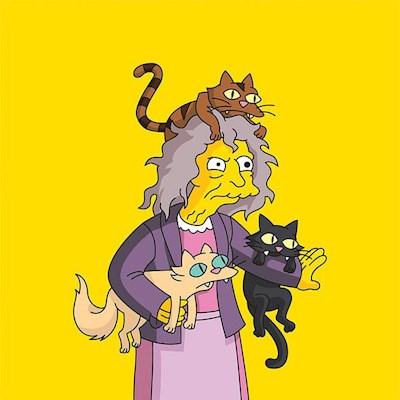 Kimethy
To view profiles and participate in discussions please or .
Read more about...
21 Replies
•

Omg im so sorry for the essay above! Its been quite the day!

Thank you for sharing, you wrote it so,lovely and it made me giggle! Don’t know if that is the right response! I have a new-to-me gp appointment for later in the week and I’m already rehearsing what I’m going to say about symptoms and stressed because I’m on T3&T4 trial with endo and I don’t want it messed with😬 so stressful

Haha im glad it gave you a giggle! Srsly the laat few times uve been tk the doctors its been horrible with me either crying during or after the appointment so im quite pleased im just kind of irritated this time 😂

As for the doctor i think if i had mentioned t3 his head wouldve blown off!

I hope your new gp is a good one!

Private tests are available. Thousands on here forced to do this as NHS often refuses to test FT3 or antibodies

Medichecks Thyroid plus ultra vitamin or Blue Horizon Thyroid plus eleven are the most popular choice. DIY finger prick test or option to pay extra for private blood draw. Both companies often have money off offers.

All thyroid tests should ideally be done as early as possible in morning and fasting. This gives highest TSH, lowest FT4 and most consistent results. (Patient to patient tip, GP will be unaware)

If antibodies are high this is Hashimoto's, (also known by medics here in UK more commonly as autoimmune thyroid disease).

About 90% of all hypothyroidism in Uk is due to Hashimoto's. Low vitamins are especially common with Hashimoto's. Food intolerances are very common too, especially gluten. So it's important to get TPO and TG thyroid antibodies tested at least once .

Link about antibodies and Hashimoto's

I had to really push for t4 so sadly i dont think they would think of the others. I might bring it up with the nurse when i go to get the bloods taken. I did ask for the earliest test which is 8am.

Thank you for the tip about stopping iron a week earlier.

No this was a different one (at the same surgery though) but he also said that everything looked fine. How i didnt eyeroll idk

Peanut31 in reply to Kimethy

It appears your GP has no clue at all and is basically fobbing you off.

It’s time to gain control back, firstly by insisting that you obtain your thyroid results, the official copies.

Don’t accept they are normal from the receptionist or GP.

Post them on here and the more experienced members will help.

Make sure TSH, T3 & T4 are tested, I note you have mentioned they are not testing T3, this is the most important one, despite what the GP’s say.

Book the appointment as early in the morning as possibly, before 9am. No eating and only drink water.

If they will not do a full thyroid do this via private blood tests.

Secondly don’t accept anti depressants, my Endocrinologist tried to fob me off with those, but, luckily I had cottoned on he was as much use as a chocolate fire guard and was getting support from this forum instead.

Kimethy in reply to Peanut31

I totally believe they are fobbing me off and im actually really surprised they agreed to give me another test since i was told by another doctor i had had them all!

I refused anti depressants and the talk of counselling when suggested by the last doctor. Ive been down that road in the past and know that mentally im fine right now (apart from being irritated by said doctors) i just wish drs would just accept our requests for certain blood tests!

Many of us never made progress until did our own full private testing. I certainly didn't.

Im in two minds about private testing, i want to do it say after these next results but ive still got my normal tsh result stuck in my head and keep thinking itll probably be a waste of time. Urgh, i hate when i start second guessing myself (another symptom of unsympathetic doctors i suppose 😣)

You must be low on T3 - T3 can also be used as an anti-depressant but better to have a hormone that a medication for depression. We'd all be depressed if it wasn't for this forum.

No wonder there is 80,000+ on this forum when doctors and endocrinologists seem to be trained only upon the TSH result and no knowledge of symptoms at all.

Kimethy in reply to shaws

I had never really heard much about thyroid problems until googling my symptoms kept saying it coukd be that. Im really shocked at the lack of knowledge most doctors have to what looks like a really common problem. But thrn j also think that i suspose if you dont know much about it then you can fob people off easier!

I swear this is the same sort of thing I have to put up with. So sorry you had to go through that

Its shocking how common this is, i hope you get the help you need soon

Kimethy in reply to Avidreader

Theyre so quick to diagnose mental health issues when its them that aggravate it in thr first place!

While I don’t live in the uk anymore I have exactly the same problem with my Dr here in Canada .... none of them will ever consider doing anything other that tsh .... my last Dr did request for t3 t4 as well but if our tsh is in the so called “range” the lab won’t do anything else .... so frustrating that Dr’s don’t HEAR what we’re saying especially when we go in with our list of problems .... 😢

Kimethy in reply to Crinkly

Its ridiculous its such a widespread problem 😣

shawsAdministrator in reply to Crinkly

Read the clinical symptoms - older doctors knew all of them and judge whether or not you are hyoi. Amongst are 'low pulse' low heartbeat' plus:-

and going by a higher TSH, i.e. above top of range which is usually about 4 or 5.

thyroid antibodies also should be checked because we have a letter from a Specialist who states that if antibodies are present we should be prescribed to 'nip things in the bud'. TUK can provide a copy of the article.

Fed up, I have been to see my doctor today to discuss my blood results as the doctor said my bloods...

Omg how do some doctors get a degree

retest, already had form for b12, folate and iron but wanted to add thyroid test, pretty much had...

I had doctors appointment today and asked her for the FT3 test. She said that they only...

blood test results to which he announced that everything was within range, I pointed out my B12...