Over medicated on Armour? Dropped back now symp... - Thyroid UK

Hi can someone help,

I have been on slow build up to 3.5 grains Armour for 5 months, it's spread thoughout day and fitting in Iron supps for 4 weeks now to help regulate heartbeat. Initially built up with Nutri Adrenal Extra and still on 4 morn and lunch.

Decided to up to 4 grains and within 4/5 days racing heart up into high 90's and when laying in bath it was 117 at rest, although think this was because it was hot. It's irregular and all over place but mainly high, it's scarey. Also started to drop a few pounds. i have had loose bowel movements but think this was the iron and body getting used to it.

So in last few days I have dropped right off with Armour to 1 and three quarter grains but still it sends pulse into high 90's/100 even at rest sometimes. although to contradict that, sometimes I'm having palpatations but pulse 78ish but not often mainly just high.

How long does it take to settle again?........I am doing the right thing? Does it build up till you are pooling it and need to drop right back?

Trouble is I starting to feel shoulder/ arm ache and fatigue returning with lack of Thyroid.

BP 120/70 so good. I am taking Iron/magnesium/B vits and built up with Nutri Thyroid initially last August.

Can anyone advise me? 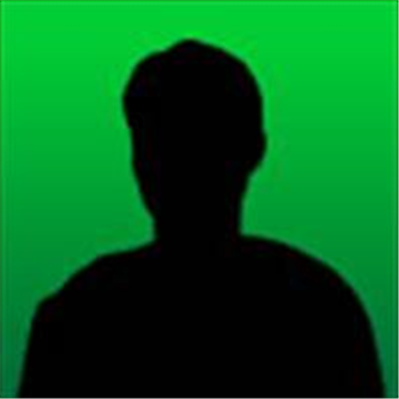 cat69
To view profiles and participate in discussions please or .
Read more about...
15 Replies
•

I wonder if Nutri Adrenal Extra is interfering in some way with your Armour. This is advice from Dr Lowe on taking Armour. Go to answer to question dated January 30, 2002 :-

cat69 in reply to shaws

Ok shaws - I will have a good read. Really need to speak with Dr P but know he is still recovering.

I'm in a similar situation in that I have had to reduce my Armour due to being over medicated. I tried to restart on half my dose but my body just couldn't seem to take it without over reacting. I have had to resort to taking nothing for a few days until my body can tolerate 1/4 of a grain. Tried 1/2 a grain 4 days ago but was still too much. I have been told that being hyper stresses the adrenal glands which I think has hindered me restarting Armour on a lower dose. Maybe you could read my recent questions - perhaps there might be something there which may help you.

whether or not I have done the right thing I don't know so I don't really feel in a position to be able to offer you any advice. I can only share my experience with you. xx

cat69 in reply to

Diamond - thanks for reply, not wishing you to be struggling too but nice to know I am not the only one. I am on 1 and three quarter grains spread out so will stick to that for a bit but i am already feeling more fatigued, hard to concentrate when having conversation etc.

in reply to cat69

Yes I know, I'm sorry you're struggling too but in the nicest possible way it's strangely comforting to know we're not alone isn't it

This morning I tried 0.25 grains and think it was still too much for me (hot flushes), despite feeling dreadful and (99% sure) hypo yesterday afternoon. I am wondering if my problem is that my T4 levels are still too high and need to drop further, although I am still pretty confused

I had blood taken this morning so hopefully the tests will give me some idea as to what is going on. Have you had any blood taken recently? xx

cat69 in reply to

Hi, Lat time I had bloosds was on initial visit to Dr P. July 2013. So have been looking at Genova/Blue Horizon today..so blinkin expensive. I want to just for a guide though. It is so confusing....the drop in Armour now starting to have serious emotional effects too....husband getting the brunt tonight! Pulse down thought which is a good thing but still getting palpitations a bit...wow that is really a small amount to be reacting to...sorry it's that way...have you been taking NDT for long? Will be interesting to see what your blood result is.

in reply to cat69

Yes me too. I am feeling quite tearful today which is unlike me, so desperately want to be able to start taking it again. When I was taking thyroxine I was also over medicated and had the same problems with restarting. I tried 25mcg and that was too much - kept setting my heart off and loose bowels. 12.5mcg was also too much so just had to let my system settle down for a month or two. I'm hoping it won't be this long this time. I seem to be a sensitive soul!

I had been taking Armour for about 6 months but eventually it was just all too much so back to the beginning for me! So frustrating. Yes I am interested to see my results too. I'll have to post them on here. Won't be for another 12 days or so - you'd think with the price you pay for the tests that they'd get the results to you quicker than that!

Hang in there Cat! We'll be ok

In my experience hypo and hyper often feel similar and it can be hard to tell. I have been on Armour for 2 years and it has taken me that long to build up to 3&1/4 grains with many setbacks having to reduce my dose and then wait a month to 6 weeks to be able to increase again. Don't really have an answer as I guess everybody is different. I also found that my symptoms often got worse after an increase but then settled after a week or so.

I too have had palpitations with my pulse only being around 80 but feels as though my heart is pounding in my chest and was waking me several times a night. Dr S suggested I spread my dose over the day more and take a dose in the evening which has helped me. I have also found moving my first dose to 4am has helped. sorry don't have any instant answers.

cat69 in reply to debjs

Debjs - is it the ctm3 method your following? I might try again but couldn't get back to sleep last time. I am finally feeling that sleep is improving a bit though, in a deeper sleep in morning. Might work this time.

debjs in reply to cat69

yes that is what I have been trying to follow. I did not think it made a difference at first but then started to sleep better until about 8am after taking the 4am dose. I started moving the dose to 5 but seemed to be worse so have gone back to 4am and now seem to go straight back to sleep.

Hi Have you had blood tests, TSH, T4 and FT3, before putting up each dose, a 6 week period , each time is best. What are your bloods, with ranges, now? it is dangerous if overdosed, I was as not enough bloods done,private doc. My hypo and hyper symptoms were identical, can happen according to my now endo. Some people need less armour and either a little T3 too or a little T4, depends solely on blood results. T3 must never go over range.If it was me, I would cut back for 4 weeks, then have a new test, T4,FT3 and tSH.

cat69 in reply to Jackie

Hi Jackie I haven't had bloods done for 6 months! Must do them....it's just the cost. Dr dx me with CFS and wont recognise any of this.

Had then done under guidence of Dr P last july, and was wondering how oftern to have them done.

That's why I cut back was fearing i was doing some damage.

thanks I'll get some more tests done.

Jackie in reply to cat69

hi I know it is an expensive, but that was why I had a major heart problem ( private doc. I use Blue Horizon, quote TUK 10 as my GP no ,longer allowed to do FT3, which is essential.if you do the finger prick, it is a small phial so fine and then all DIY, any Doc happy with them as well known Lab.

bloods really are vital, even if only as a guide. FT3 most important.

Sorry if this is tmi but for me the difference between hyper and hypo has always been, er, bowels. Too much or too little movement and I know if I need lower or higher meds respectively.

I have lost confidence in tests to a certain extent because when you're taking t3 (liothyronine or ndt) they are so variable and depend so much on when you've taken your last dose (and results are sometimes high when I have felt well and have had no high symptoms). Paul Robinson explains more about this in his book.

Last time I had tests I had to have both private and nhs tests done within 36 hours of each other (long story) and one showed my t3 to be normal and the other showed it to be high, even though I'd taken a smaller dose of t3 than usual the night before and had no symptoms.

That is obviously just my own current feeling on testing and not medical advice.

cat69 in reply to puncturedbicycle

Hi, Its ok (tmi)! thought it might be the iron I have been taking but thinking about it I have been taking that for few weeks now, still taking it and since drop in Armour it's got back to normal if you know what i mean - so tmi might be bit tmi but hey it's all relevant and all info helps :-))

It's interesting re bloods as some experts say dont rely on them, go on how you feel but I think I would like to know what's going on and make decisions from there. Be interesting to get them done and compare my old results.

I am going to get Pauls book and do some reading .

thanks for your input

Can coconut oil + Armour make you over medicated?

Hi I have been on 3.5 grains of Armour for about 3 weeks now. I took my first teaspoon of coconut...

it a problem? Also I have low transferrin so have upped my iron. My resting Heart rate sits at...

freaking out over results. can anyone help? im on Armour

I was on 1 3/4 grains of Armour and I think i have been left too long on my Armour doses. I started...