As I’m supposed to be starting on Risedronate I decided to get a vitamin D test done privately, as my surgery seems a bit behind on this. I used a site

which I found through this forum. Just to say that my results were fine (or adequate levels as they call it) which I half expected, but it’s nice to be sure.

First class service: test kit arrived the day after I purchased it and the results were emailed to me the same day as they received my test! Not bad for £29. I thoroughly recommend them. 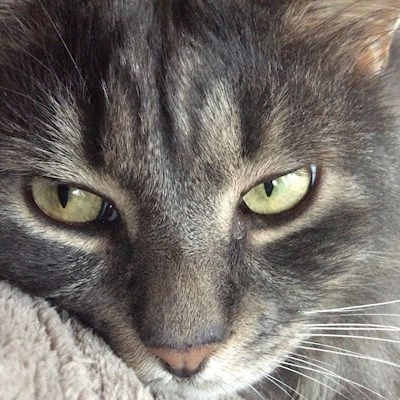 peace_lover
To view profiles and participate in discussions please or .
Read more about...
12 Replies
•

Rugger in reply to

Try your GP first and hopefully save the £29 to be spent on Max!

My GP checked mine 18 months ago and it was too low, so I had 8 weeks of the megadose that ipsidipsy had and now take a total of 1600 IU a day. (I think that's 8 times the recommended daily dose!) It's just keeping my level from dropping too low.

in reply to Rugger

PMRproAmbassador in reply to Rugger

Not for our age - recommended is more like 800 IU per day. And most experts feel that isn't enough for anyone with a/i disorders.

Rugger in reply to PMRpro

I'm on Risedronate for osteoporosis and wonder if I need more because of that too?

PMRproAmbassador in reply to Rugger

You certainly need a good level, same with calcium, or otherwise the bisphosphonate won't work. They should always be checked before a patient is put on them.

Almost all a/i disorders are associated with low vit D levels. It isn't known whether it is cause or effect - but a study in Finland comparing groups of neonates given vit D supplements as babies found the supplemented group was much less likely to develop Type 1 diabetes by teenage. So somehow the higher levels of vit D in a country where it is difficult to make vit D in the skin seemed protective. So does low vit D contribute to developing Type 1 diabetes - which is an a/i disorder?

Rugger in reply to PMRpro

Interesting. My vitamin D was checked 8 months after diagnosis of PMR and was 38nmol/L. I also had the DEXA scan then, which showed osteoporosis. (I'd been on pred and a PPI for 8 months by then.) I didn't start Risedronate until after taking the megadose of vitamin D and re-checking the level, which had gone way up to 150. I'm interested that it has fallen in the last year or so, in spite of the supplementation.

I estimate I take around 2000mg of calcium / day - half from diet and half from supplements.

Glad to hear your D test was adequate. I had mine tested privately was very low at 11 and I was feeling quite ill at the time. My consultant gave me a large dose of 50,000 units per week for 6 weeks and thereafter 1,000 a day. I just can't tell you what a difference it has made, more energy, aches and pains not so bad, feelings of helplessness gone, just overall a feeling of being well (ish)!!

I do hope that anyone reading this who is suffering extreme fatigue etc will check their levels, such a simple thing can make such a difference.

After reading that vitamin D is essential for absorption of calcium I have been taking 2000 units daily. I call it my happy pill because if I forget to take it for a few days I notice a change in my mood.....maybe not scientific, but experience convinces me.

I have been taking Vit D supp for years (taking 5000iu/day). Since Vit D is a fat-soluble vitamin, the body cannot remove an excess, so it is possible to overdose. I have my level checked at least twice a year.

It IS possible to overdose - but for most people you would have to take very high amounts every day for a very long time! 5000 IU is a fair bit - so it is probably as well you check!

vit D and calcium tablets twice a day or if I’m ok just taking one a day? My dexa scan was fine.

levels were fine, I was prescribed Vit D and Calcium tablets which I’ve been taking twice a day...

some of my blood tests back and the only abnormal one at the moment is the Vit D, which I had...