Hi I've been taking Urso now for about 1 month now. I take half with my lunch and half with my dinner. I was fine up until a few days ago when I now seem to feel a bit nauseous about an hour or two after the lunchtime one. Is this normal and if so does it settle down. I keep worrying somethings getting worse and I don't know it's happening. I had very mild inflammation on biopsy but no damage. Does anyone know please? Thanx Lynn 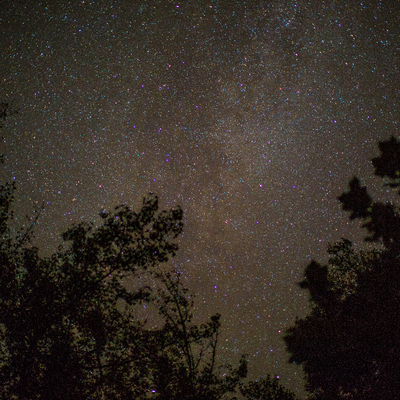 Casslucy
To view profiles and participate in discussions please or .
Read more about...
13 Replies
•

I believe Ursodeoxycholic acid may cause nausea. As it only makes you nauseous after lunch is it possible the food you eat lunchtime causes a different reaction to your evening meal.When I first started with ursodeoxycholic I had terrible wind especially unpleasant after bread.

You have only been on medication a short while so I assume your diagnosis is recent. Have you joined the PBC Foundation yet? Free to join but donations keep them going their web site has a wealth of up to date accurate information. They hold a Q&A session on Thurdays usually about 2p.m. with specialists.

There is also a book by Professor Jones, OBE which can be found on Amazon. PBC The Definitive Guide for Patients with PBC.

PBC is a slow progressing autoimmune condition so it would seem unlikely that anything is worse. I was diagnosed in 2006 probably had it at least 10 years prior and for the most part do well. Never easy but do not worry, you will no doubt have a repeat blood test in either 6 months or a year to see how your blood results are doing, you will probably see an improvement over the time. Best wishes

Thanx for replying butterflyEi. I suppose it could be that it's a lighter meal its actually normally a brunch of mainly toast and I take it afterwards but its just strange that it's just started a month later! Yep I have joined the foundation and received their very helpful pack. I was just diagnosed in January. He thought it was aih but the biopsy she'd pbc so early days for me!

Casslucy in reply to Chris21

Hi Chris 21 thanx for replying. He did actually tell me to take them at night but I wanted to start with taking it in 2 halves and it says it's better taken with food so that's why I did it that way. It freaks me out this whole thing and going through the menopause and hrt at the same time is a host of problems and you don't know what to blame symptoms on!

I get the ‘which one to blame’, I’ve got lupus and sjogrens which I think is what started my PBC. Since taking urso my levels have been within range, I did ask if I could stop taking the tablets but it was a flat no! Try taking all of them at night and see if it makes a difference to the nausea, if not then perhaps a conversation with GP/consultant will be needed. I wouldn’t worry too much about taking with food, so long as it’s not on an empty stomach. I take mine around 8/9pm, a good excuse to nibble on a biscuit maybe? 😉

As for menopause, What us girls have to put up with!

Casslucy in reply to Chris21

I know. U breeze through life for a while and then everything hits you at once!! I'll maybe try that if it doesn't lift soon altho I have to say I really don't need an excuse for a biscuit or chocolate lol! Thanx

I cannot take all Ursodeoxycholic acid pills/capsules, most make me sick; however, I can take UrsoFalk 250mg hard capsules from Dr. Falk Pharma UK Ltd GmbH with absolutely no problems at all. I presume that different companies put different things (fillers?) in with the main medicine. If I were you, rather than putting up with one which obviously your body doesn't like, I would ask to try other makes until you find one that suits you.

Sorry - I forgot to say this. I read in something that Professor Jones wrote that it was best to take all your Ursodeoxycholic Acid in the evening - I take 3 x 250mg capsules then. I used to take 4 x 250 capsules, but then I lost a lot of weight and was told to reduce the amount. The instructions put on the box by my surgery's pharmacist tells me to take them with or just after food, and I was told by another pharmacist not to take them with any other pills and to leave up to an hour and a half between taking them and any other pills.

Casslucy in reply to Pat_H

Thanks Pat_H I am going to try taking them in the evening and see if it makes any difference. I'm not even sure if it is them causing it so I'll see what happens. I'm early with this just diagnosed in January so it's still all a bit new!

Hi. I was initially told by my liver consultant to spread them throughout the day for the first month or so until my body got used to them. One side effect is nausea and diarrhoea. I now take 3 tablets at night as I go to bed.

I take 2 x 500mg tablets first thing every morning on an empty stomach (I don’t eat breakfast) and have never had any problems. Part of my morning routine since 2015 and means I never forget to take them.

We’re all different and just have to find a way that suits us as individuals. My consultant doesn’t mind if I take it without food.

really seen much about this so I was wondering if anyone else had it or if anyone knows if it could...

for a year now with normal labs since urso bit lately the nausea is getting so much worse and the...

the day. I take mine in the evening about 8pm with food so I don't know if it's the Urso or the...

Does anyone know or take ondansetron for nausea? Other name of drug is zofran.... I have a lot of...

Does anyone else suffer from bouts of nausea and, if so, are they PBC related? For several years...