I've had a UTI infection every month since August ,just flared up again ,last two months it's been on my third week after chemo ,so ruins my two good weeks ,has anyone else had this problem ,if so is there a solution , I've had a seven day course of antibiotics for the last four months . 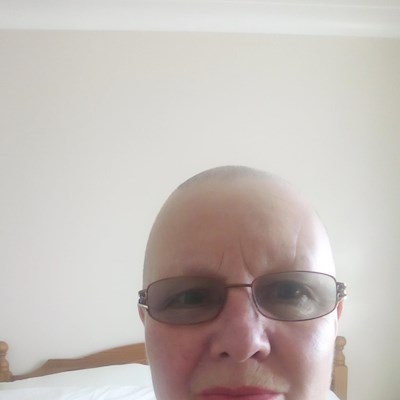 fendweller
To view profiles and participate in discussions please or .
Read more about...
23 Replies
•

Hi Cheryl,The only advice I can give is drink plenty of water and or the Robinson barley water, that's what has helped me in the past as I always used to get UTI's alot. Drinking alot of fluids flushes out the bacteria, try and avoid too much caffiene too. Hope it all resolves quickly.

fendweller in reply to Dubai18

Thank you Jas ,I drink a lot of water and only have two cups of coffee a day ,I will give the barley water a try .Cheryl x

If you look through my past posts you will see that I was plagued by this. Once I finished Carbo/Caelyx, it stopped! The onc said that there was no connection, but I am not convinced. The urologist gave me tablets ( not antibiotics) to take when I felt it coming on a d they worked within the hour. Have you got an infection, or is it a compulsion to pass urine.

Do you know what the name of the tablets were

Solifenacin tablets. I think these are for an irritable bladder rather than a bladder infection, though antibiotics worked so I presumed I had an infection.

Hi Cheryl, I have one now - horrible. I am drinking unsweetened cranberry juice as well as water.Sending love

fendweller in reply to SASSY196

I've sent hubby out to get cranberry juice , anything to help .Cheryl x

Hi Cheryl, I have numerous UTIS, have seen two urologist,I had a cyscoscophy and evething was fine .I had become resistant to antibiotics ,so he prescribed a drug called Hiprex it isn’t an antibiotic, it kills the bacteria in the bladder. No side effects .

Hope it clears up for you .

Thank you Sheila ,that's very interesting ,nurse I spoke to today said I might need to see a urologist ,I'm taking a sample in tomorrow morning .Cheryl x

DanL2017 in reply to fendweller

I had UTI many times during my chemo, since I took cranberry pills everyday, there was no any problems since then. You can buy cranberry pills from any drug stores, it’s a over counter supplement.

Hi Fendweller constant problem for me and it makes you feel so miserable. In 2008'I had one of those meshes fitted incorrectly and the damage was done. For about a year I took one naturoforantin everyday to keep it at bay. It settled but knew certain things will set it off ie long journeys just sitting. My bladder is so sensitive so chemo really upsets it. I always have antibiotics to hand in case. I also drink barley water which is soothing but sadly I think if you are susceptible there is only so much you can do. I asked my oncologist if I could do the one a day antibiotic regime but she wasnt keen. Sorry not much help but fully commiserate and sympathise. Xxxx

I too had numerous UTIs on my first round of treatment. None when I had the recurrence but once I started Niraparib I started having them again. I'm on a break from Niraparib now but I have also started taking the concentrated cranberry tablets and they definitely help. One a day .

I really hope that you get over this soon

It really knocks you down.

I have been the same. Eventually got the GP to prescribe me a 3 month low dose antibiotic to try and keep it damped down. (This is in line with NICE guidelines for any one having recurring u.t.i's not particularly cancer patients) It definitely helped. As I was on a trial the UTI stopped treatment and consequently my treatment

Hi,Couch grass is an excellent remedy and approved of by my oncologists. It’s better to get the real stuff from herbal shops, not tea bags. You make it like you would tea. As soon as I feel i am getting a UTI I drink frequently throughout the day. The only thing my drs don’t want is to do that as well as take antibiotics- not sure why. Check with them .

fendweller in reply to Erinna72

Thank you ,I hadn't heard of that , health food shop later .Cheryl x

Hi I had the same issue my GP sent me to a consultant dermatologist. She examined me and said oh you must be so sore. You have erosive lichen planus. She gave me 10x stronger cream than the GP gave me. I used this for about four weeks and gradually scaled it down. Now as soon as it starts to flare up I use the cream and it goes away. I hope this helps you the burning and itching I had was unbearable. Good kuck

Hi Cheryl, I had many UTIs while doing chemo. I believe I had six of them. I had bouts of diarrhea, and might have had part of that go into my urinary tract. Even though I was careful, I would continue to get these. They put me on antibiotics and some just stopped working for me. My dr. Prescribed a powder that I mixed with water and took it just once. It would sit in my bladder for seven days and the problem was gone. The only drawback was that it was expensive. Oh well, my problem was gone. I love coffee, but dr. said to make sure I drink enough water also. Coffee can dehydrate and that starts another problem. Good luck, Donna

Thank you Donna , I've got antibiotics again, next time I'm going to insist on seeing a doctor ,up to now I've only talked to a nurse , concerned about all the antibiotics I'm having.Cheryl x

Had something similar last year very 3 weeks had a infection, after the first one occurred always over the weekend I notice when less is open to go to I contacted GP who gave me anti biotics next occurrence had the same though this one I didn't wait as soon as I felt the symptoms contacted GP also spoke to the Oncology team and oncologist actually said that wouldn't be the preferred anti biotic she would give she contacted the GP and the next occurrence which was the final one I had I was given new anti biotics which worked instead of 5 days I got 7 days since then no occurrences of uti, I don't drink enough water but oncologist drink whatever you need music to my ears coke cola, coffee and blackcurrant drinks with cranberry made up for hydration which is the most important to get rid of the infection, would say see if your getting same anti biotics speak to your onocology team they may just recommend an anti biotic which works better for those on Chemo or who coming off chemo etc ...good luck hope it's sorted for you.

Thank you I've got a different one this time ,but I'm going to speak to my oncologist about it .Cheryl x

My mom also had it every month, there is antibiotic Monural, i dont know will you have it it is in pocket, you must put it in water and drink and you need only 1 after that it finished, magic!!!

Sorry for the late reply. My mum has suffered with reoccurring uti s for the past 30 years or so. Recently she started taking 10, 000 mg high strength cranberry tablets (you can get them for amazon). She still gets the infections occasionally but they are not as bad and she takes extra cranberry tablets on thise days. I hope this information helps.

virtually gone. The past month I have had UTIs, I’ve had 3 lots of antibiotics, none seem to be...

Has anyone else had this?

anything. Chemo wise, she has had Carboplatin + Taxol (she's allergic to Taxol so only had two...

good job I've been so busy

cos I'm away again...... but before I came I picked up my blood test results from last week to...

have all had some sunshine in your lives today and are living pain free and thank you again. I will...

Feeling desperate. Weekly Taxol to start as current chemo no...

What happens after Caelyx, does anyone have a success story ...