RA and kidneys/bladder: Good morning all and I hope you... - NRAS 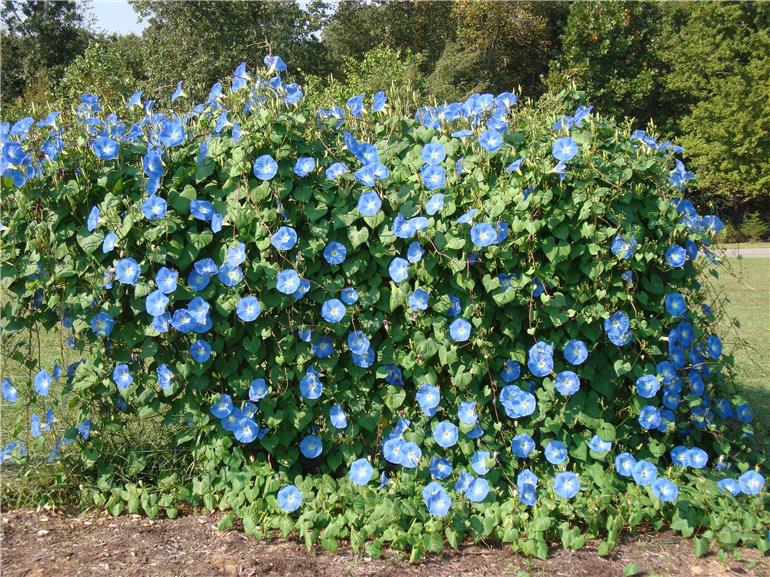 Good morning all and I hope you are having a good day!! Here's a picture of our wonderful morning glories to brighten your day!

I've had a rough week. Lots of pain. Saw my rheumy a couple of weeks ago and he upped my Cymbalta to 30 mg to see if it would help the pain, but so far it hasn't done anything "extra". He said if it didn't help, then after a month he'd prescribe sulfasalazine to go along with my hydroxy. I feel like calling him and saying "it's not working, let's move on to the sulfasalazine!!" When he first gave me the Cymbalta it helped my overall tendon/muscle pain tremendously and very quickly, but it never did help the joint pain...ugh!

But on to my question. I was sent to a gynocologist on Tuesday to check out what I thought was vaginal bleeding (had a hysterectomy 33 years ago, so that wasn't good). Anyway, she was a delightful doctor and I liked her a lot. She wanted to know why my GP sent me to her since I'd had a hysterectomy SO long ago and there's nothing up there that could be giving me problems.

She asked if my GP had done a urinalysis and I said no. She got really put out by that and sent me round to the lab to have a UA. She came back a few minutes later and said there was blood in my urine and that it wasn't vaginal at all. She was extremely concerned when I said it had been going on for over 6 months. In my defense, I hadn't gone to the doctor earlier since I thought it was just vaginal wall thinning kind of thing.

Anyway, she has sent a request to refer me to the Urogynocology department for an appointment.

I didn't ask her (I was too shocked by what she was saying), but can RA affect the kidneys? Have any of you had a problem with your RA affecting you kidneys? I'd like to be as well informed as I can when I finally get in to see the new doctor. Thanks everyone!!

carotopgal
To view profiles and participate in discussions please or .
Read more about...
13 Replies
•

Hi Carotopgal. What a stunning picture. Really brightens the day. I do love gardens.

I had my hysterectomy at 31 (told due to fibroids). Conservation of ovaries. I had really really bad PMT and was always told "when you have a child it will all go away". No chance. 6 months later Hyst. Ce la vie***.

Thanks Babs! We do love our pretty flowers. My husband is the planter and I get to just look at their loveliness.

I have had blood in my urine for years. It started when I was in my 30's during my loooooong quest for diagnosis and has muddied the picture quite a bit at times.

I had an assortment of ultrasounds & MRIs on my urinary tract and a cystoscopy (after about a million urine cultures looking for non-existent infection.) They found a small benign tumour on one kidney and debate has gone on pretty much ever since as to whether or not it could be the source of the blood. The renal physicians say that it must be and the urologists (surgeons) say it isn't. The cystoscopy established that the blood isn't coming from my bladder, so it must have something to do with my kidneys (everyone agrees on that!

) No one wants to risk an anaesthetic to remove the tumour to settle the argument, because it is benign.

So this kidney issue helped push my original rheumatologist towards a diagnosis of Lupus for me, since kidney problems are quite common with Lupus. However, she later changed that diagnosis to RD because of definite rheumatoid erosion in my neck. My new rheumatologist hasn't got as far as kidneys yet, so I'm not very sure what her take on it might be.

My kidney function has stayed within the normal range throughout - you have to loose about half of your filtering capacity before blood results start to be regarded as 'abnormal'. Not surprisingly, though, I do tend to become quite anaemic. I should add, I have never had any gynae problems - other than being a woman.

I have no idea if this sort of thing is common - I found all the investigations & carry on around them quite frustrating, especially when the outcome was just an agreement between 2 consultants to disagree. Since it isn't a painful thing, I tend to just ignore it. It is quite high on freakout value for anyone requesting a urine specimen from me.

carotopgal in reply to Livingston7 years ago

Thanks! This will probably be the same with me. I'm just a little freaked out since I've never had any kind of kidney/bladder issues before and I just seem to be falling apart since the RD diagnosis.

I did hear back from the gyno office this morning and it didn't help my anxiety when the receptionist said "the doctor asked that I get you the earliest appointment possible" UGH! I've got an appt with the urogyno doctor on 10/5 which was really quick. So hopefully I won't have much longer to worry about this particular issue.

Livingston in reply to carotopgal7 years ago

That's good you've not got long to wait for your appointment. Hope it turns out to be nothing to worry about. Better to get it checked out properly.

I had lots of test done before I could start on biologics. My start date was delayed due to blood found in my urine.

I worried myself silly.

Had a camera to look at my bladder, all clear. Had a kidney scan and two harmless cysts were found. I am now on biologics and feeling a lot better. Wish you well and try and not worry too much 😃

I have had stages where I have lots of blood in my pee. The most recent one led to me being diagnosed in April with a UTI sepsis by the surgeon after a week in hospital with acute abdominal pain.

Then again I was admitted the following month and again my pee was full of "blood and muck". I'm fairly sure both were as a result of Azathioprine. My GP later explained that many things can cause blood in urine including constipation. I was very constipated having lived off codeine for about 6 weeks following pneumonia.

I also had a pregnancy - my last one 18years ago - where I always had blood in pee and the GP at the time said "just one of those things". I do have a very large irregular cyst on one of my kidneys but nothing shows up on my kidney blood tests and often my pee is fine so no one seems concerned.

I am being reviewed for sero negative lupus but my last rheumatologist ruled this out. I was under a nephrologist a couple of times in hospital and she did comment on the cyst but said so far it hadn't changed over two years so not an issue apart from needing monitoring.

None of this is very helpful I'm afraid but I hope it is a bit reassuring to know that this doesn't necessarily mean anything spooky. Tx

carotopgal in reply to 7 years ago

Thank you TwitchyToes! Yes, it does help me knowing others have had this as well!! Bless your heart, you have had so many things go wrong healthwise, that I feel bad whining! You are a strong lady and an inspiration to me! Gentle hugs!

It was remiss of your GP not to have seen in your notes that you had had a hysterectomy and done more tests eg urine. Any unusual bleeding should always be taken seriously. Anyway, thank goodness you are now under the care of someone who will do everything needed and look after you. I hope it gets sorted quickly.

If you are on RD medication, you should have had regular blood tests which check kidneys as well as liver etc.

Thank you Magglen! Yes, I agree. I'm pretty put out with my GP at the moment, and he will get an earful the next time we meet.

I was diagnosed at 18months with JIA, and started taking naproxen/naprosyn as early as then. In my experience, RA doesn't effect the kidneys, but the medication that filters through can. I started getting extreme pain and blood in urine from 12 years old (when first went to a&e about it...) - I'm sorry if this sounds horrendous....

12years later (and many many infections) they finally discovered that my left kidney had actually died - at the age of 24. (Doctors kept passing it off as urine infections.)

Thankfully since my operation, and removal of said kidney (two years ago ).. I have had a new lease of life!

I hope this helps and you get sorted soon!

(I had an ultrasound, and urogram to determine what was wrong!)

Oh my Chlo! Is JIA Juvenile Inflammatory Arthritis?? I've never heard of a baby getting this. I'm SO sorry your have suffered with this for so very long. That breaks my heart to even think of! I'm so very thankful that you are doing well since your kidney operation. That must have been so very scarey for you. Gentle hugs to you!

or that's what they call it under the age of 15

No need to be sorry .. I feel like I'm lucky as I don't know any different.. Other than to cope and live with it.. If that makes sense!

It can still get frustrating at times.. But I cope very well even in the dark times!

I appreciate your concerns and sweet thoughts!

RA and loss of hearing

on MTX and prednisolone after Sulfasalazine didn't help. Six months ago I lost hearing in one...

Confused about my ra diagnosis

was sent to see ra consultant with joint pain in my hands he did blood tests and ultrasound said I...

RA and then no RA. Is this really possible?

off for about 2 years with no pain I refused to start back. Yes the Doctor tried to explain that I...

the doctor didn't seem to believe me, looked down her nose at me and just brushed me off. She told...

time. She with RA/Sjrogens and me with RA/Fibromyalgia. She called me today and said that our...

Covid Boosters - Will I get another soon?