Anyone have a feeling on how the movi... - Mental Health Sup...

I had a tough time watching it do to my own mental health trials plus I don’t like to see gratuitous violence.

Just wondering if the community has seen the film and has any opinions. 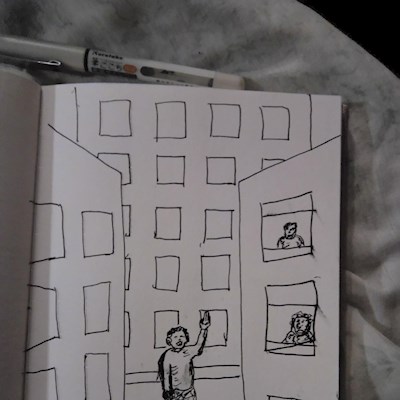 Tikirob
To view profiles and participate in discussions please or .
10 Replies
•

It looks gross disgusting and not cool at all

I understand and appreciate your response there were definitely gross moments in it. It made me anxious too.

I thought the movie was good and while it was about mental illness, I didn't have a problem with it.

You are strong! Thanks for the reply.

I couldn't agree with you more. If I hadn't been as part of a group in a lonely retail park on a Friday night I would have gotten up and walked out in the first half.

I found it very difficult to watch as a psychiatric survivor but also now as a mental health professional who does her best but due to the demands of the system also find myself worrying about not being able to support people who need it as adequately as I want to due to high case loads and targets and restrictions on appointment times etc.

I came away feeling very annoyed about the inference that once again, mental illness leads to violence. Even though I feel they invoked sympathy for joker in the first half of the film, that was dashed by the underlying message that off his medication he was a dangerous man. I was particularly annoyed by this as I think of all the messages in the film this is the one the public will hear the loudest.

A better message to take away I think would be the need to be kind to others always as you never know what else they are battling in their lives.

I hope you're ok. I was tearful and angry all day Saturday after watching it Friday it. It really affected me. I hope you have someone you can confide in and offload.

I agree I think the sympathy turns into a stereotypical portrayal. I also thought the delusional aspects of Joker were gratuitous. His mom was crazy but adopted him and such the neighbor was his girlfriend but she wasnt. I think other parts were good showing the lack of connection between mental health sufferers and the “normal” world and how to keeping up with that world often involves a lot of disappointment and isolation for us.

I think it was realistic in that the budget cuts happen(I.e his social worker). I mean effectively he was abandoned/shunned by society , I think he references this.

It was extreme, most with mental illness aren’t violent .The violence was hard to watch.

I have to admit I enjoyed the film, my friend who works with people with mental illness, did not.

Great point! It was very true that they ran out of money and he’s like ok well who do I see next? And the reality is there is no place. I ran out of healthcare and I asked the outpatient place ok well where can I go next and they said who knows! There is no doubt inadequate mental healthcare is a national crisis - mentally unhealthy people are more apt to be sick, have accidents and self medicate from my experience, I could see how your friend would be effected by the portrayal of the MH system.

I think you can wait for the Netflix release!

Have i forgotten how to feel emotions?

or any emotion is.

Is this normal for any mental health problems?

How do you know if you have a mental health problem?

space of an hour. I am recently turned 16, and this has been going on for about 3 years, ever since...

Mental Illness Compassion - how do you bring up the dialogue to new people?

this has not been the case and surprising to say but I have had better success talking about mental...

There is only 1 mental health illness

There is only 1 mental health illness... And that can be a thing of the past when you know the only...