So its day 10 after I had my circimcision and it's starting to look normal, the incision line is still red and swollen in parts, especially by the frenulum, still got a yellow film over part of glands and all stitches are still in, little bit of light yellow round parts but not sure if that's the stitches mixed will a little puss, does all this sound normal for day 10??? And how can you tell when the stitches have dissolved?? 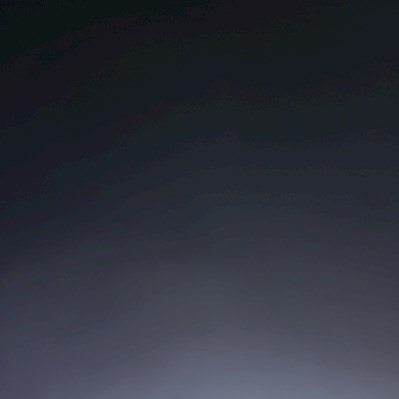 DannyDi
To view profiles and participate in discussions please or .
21 Replies
•

It will be all right

The yellow is nothing to worry about, and your best bet is to not bother the stitches at all, they will most likely be dissolved in a couple more days. I made the mistake of rubbing them with a towel in the shower i think that had something to do with why mines popped open. You are going to be fine.

Thank you mate appreciate it how long you been circimcised for?

No problem, Ive been circumcised for 10 days as well

Cool so do you have yellow in parts like me and red still?

Just the right side is yellow, i broke several stitches on the right side and by the frenulum keeps bleeding. Where the stitches broke is alot of dried blood. Im about to try to clean it out i hope i dont make it worse but the blood has to go it basically stopped healing where the blood is. Wish me luck man.

Thank you mate hope it's goes well for you!!

Look at my post i just made, tell me what you think... im very concerned and im only 16 my mom doesnt drive so i have to depend on my big brother to take us places so i dont know when i can get to the hospital.

Just looked mate, it looks really swollen for day 10, my swelling has practically all gone now, leave it until you can go to the hospital, how long will that be?? If it's gets better before you get chance to go then good, of not then yeah go to the hospital, leave the dried blood on if you remove that it will start bleeding as that's blocking it atm

Ok thanks i will leave it, im not sure when because my brother is selfish and lazy. Its so swollen because i had removed the bandage the next morning according to them. I already went after 5 days to the hospital and my mom complaining about going back because she doesnt want to keep going up there but ill just leave it, should i put vaseline and wrap it i gauze until then?

Removing the bandage wouldn't of caused that as the hospital I went to they got us to remove the bandage bout 2 hours after the operation and I haven't wrapped it up since , if it gets worse or even stays the same for much longer you need to go hospital mate I know your only 16 but this is your dick were talking about you don't want something going seriously wrong with it

When they poped how far were yu as in days and wat did yu do coz mine started coming off on day 5 each day one comes of from 8 stitches now left with 3, my dick looks scary and some parts dont wanna take shape im in day 10 today

It was day 8 when they began to pop Because of nocturnal erections. it looks fucking terrible as the whole left side came open but i did go to the hospital, they removed most of the clotted blood from the wound n gave me some ointment to put on it twice a day and just replace the gauze every time i out ointment. they dont need to close the stitches back because since it was so many days in it began to heal so they say its still gonna heal normal just take a little longer. I was told not to remove all of the clotted blood because its going to bleed again, it will come off as it heals.

I had 8 stitches and today im in day 10 and all came out from day 5 and today none , I ddnt go to the clinic however because of poor service and i started using Nuban yesterday bcos where the stiches came out the flesh is like being eaten away by something its opening up in all 8 ,I've never been this worried

10th day here too .My entire wound has dried up but my frenulum is really messed up . It sticks to my shorts when I go to sleep .first happened two days ago . I didnt know so I kinda pulled it and it bled .now theres a wound on the frenulum and it looks really bad down there .my other prob is the bump on my top part near the incision site which Ive put a post about .

Amazingguy_68 in reply to JD98

The best thing to do is put vaseline on the frenulum and at night dont wear any underwear or really loose ones. The vaseline will keep it from sticking and help it heal faster so win win situation.

JD98 in reply to Amazingguy_68

Sounds but the prob is Im already appying this antibiotic cream twice a day . Once in the afternoon and once at night before I go to bed

Reading your prob , the yellow thing is completely normal . Just make sure you wash it properly with warm water daily .dont let the water drop directly onto the wound though and don't scrub it or touch it .Not quite sure about the stitches .my stitches look two tight on top where Ive got that bump but on the sides and below the stitches look pretty loose or rather the pink skin that its stitched to

Amazingguy_68 in reply to JD98

It looks loose because its new skin, mines was like that over the part where it was kind of swollen too much and s nocturnal erection split the skin right in half to connect the two parts that were already split. Put vaseline only nothing else, vaseline will help the skin heal faster

I just have one concern now, the skin around the swolling ring ( below glands,...

now. Very swollen on the left side the past few days. Underneath is starting to look a bit gross now

there’s been since day 1. The frenulum also seemed to be dripping blood but has now stopped. Any...

had torn some stitches but turns out upon vigorous examination by the doctor, no stitches were...

on the bottom side near the frenulum.

2. Haven’t felt pain at all partly i feel because this was a...