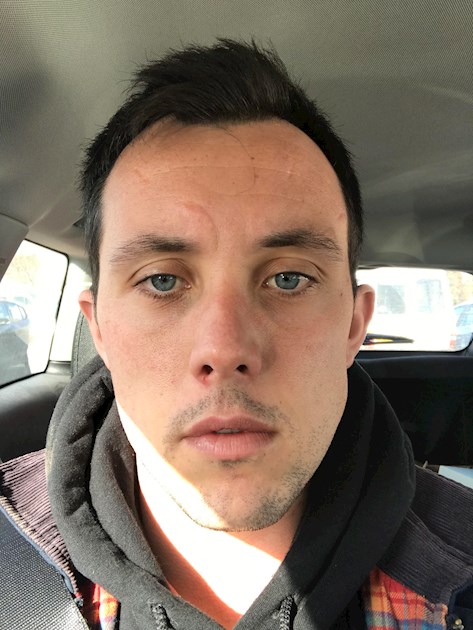 Hi, I am 29 and recently have been diagnosed with Raynaud’s disease. Yesterday I had a slight rash over my nose and cheeks when I came in from the cold. What are the chances I have lupus. I am going out of my mind with worry.

I have been googling symptoms and I’m not sure if me being overly anxious and I am feeling things that aren’t there.

GavinBrennan
To view profiles and participate in discussions please or .
Read more about...
10 Replies
•

Do you have any other symptoms that are making you worry?

I'm afraid I don't really see the rash over your nose and cheeks. Raynauds is not directly linked to Lupus but mine got worse after diagnosis.

Thanks Penguintaz. I have been having some slight niggles in my hips and elbow and headaches but I'm just not sure if I am just overly focusing on things that I would normally have felt. I have been so anxious about this that I have started having panic attacks which are very frightening. I am just hoping beyond hope that it is just primary raynauds.

Well some other symptoms are:

Do you get infections or ill a lot? Or when you are ill does it take a big toll on you? Like it lasting for a long time or being in pain and tired during it.

I think if you are worried best to talk to a doctor about it. They'll talk through your medical history and possibly do some blood tests if they think it's nessairy.

Hi thanks for the reply. I have had tests. Waiting on ANA and dsDNA but CRP and ESR have come back normal. Fingers crossed.

Fingers cross it is not Lupus. But if some test detects it may be Lupus don’t hesitate to ask any questions. I do not want to be personal are you male? My story is on the Lupus org uk and go to st Thomas web site, patient story and the name is Roshan.

I used to get super cold hands way before my diagnosis of lupus , I didn’t think anything of it. When I got toldI had lupus and arthritis in 2015 and mentioned the cold hands they said that was raynaurds .

Sadly none of us can help with giving you an answer regarding this other than your GP.

However, when it comes to Raynauds, there's primary Raynauds which most people have, which is not related to any other illness.

Then there's secondary Raynauds which is linked to autoimmune diseases such as Lupus, Mixed Connective Tissue Disease and Sjorgrens.

I had Raynauds for about 8 years before I had some blood tests to investigate it, which lead to me being diagnosed with Mixed Connective Tissue Disease 9 months later. However, I've only ever had one flare in December and it was my GP who was concerned about the Raynauds, not me.

The takeaway message is that not many people with Raynauds develop these conditions but it's possible, and to let your GP know about your concerns so they can assess you.

Hi all thanks for the responses so far. I have all my bloods back. Everything is normal except for slight lymphapenia which can apparently be caused by severe stress. Overall white blood cell count was normal. Negative ANA and tissue test. Would you take this as a strong suggestion that I don’t have lupus? GP was not very reassuring but I know they can’t conclusively tell me I haven’t got it but I was looking for a little more reassurance.

Shann07 in reply to GavinBrennan5 years ago

I had positive ANA test years before I was diagnosed with lupus. My GP kept saying it was a ‘false’ positive but retested every year anyway and still result was positive but gp didnt investigate further! I also had a raised crp & esr repeatedly and anemia but because i was young with very little symptoms it wasnt investigated. It was over a number of years that I gradually developed lots of symptoms like sore joints, tiredness, hair loss and rashes(which GP said was eczema) but still no GP took me seriously. I remember when I was finally admitted to hospital for investigations 7 years ago, after becoming acutely very ill. After 3 wks of investigations lupus was suspected. They said I needed to test positive for 5 unique blood tests & that would confirm lupus. Luckily I did have 5 positives, but I know alot of lupus suffers dont and spend years chasing a diagnosis. I would say try not to stress & worry about it too much as loads of people have Raynauds & nothing else - my sister included. If you do have underlying lupus your symptoms will become quite severe in terms of fatigue and pain. I think if so far your tests are normal just try & relax and take that as some reassurance that its not anything worse. If all tests are normal thats really good news. Take care.

it has been a while since I made a post, probably well over a year. On top of SLE I have now been...

gp says i dont have lupus as have been tested fro it btu no one has ever told me so -and he has...

haven't been on this site for sometime now as been very confused, I had been getting treated for...

to know what you think that have been diagnosed. My mother also has lupus. I am male so it’s not as...

tired all the time. I don't have any get up and go. Aching all over. Yesterday my hand became...

A Pair of Cuties