Does anyone take Plaquenil to treat l... - Hughes Syndrome -...

Just met with my rheumy to discuss first round of positive testing for lupus anticoag - he drew more blood today but seems to think this will be postive as well - suggested hydroxychloroquine (plaquenil) to help think blood and reduce inflammation if the second round of testing is also positive. Have lesions in brain - thought to possibly be MS related - but not clincinally definitive - rheumy thinks lesions may be from lupus anticoag - on lo dose aspirin now. I live in the US. Thanks 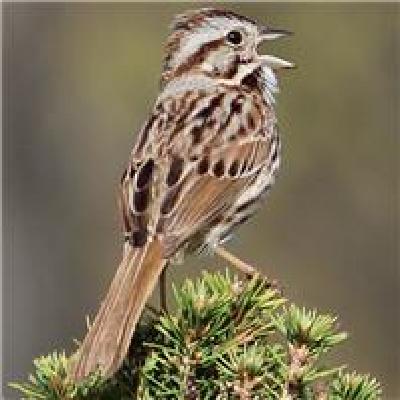 cmars
To view profiles and participate in discussions please or .
Read more about...
12 Replies
•

Hi there, it sounds as if your rheumatologist is on the right track, my own daughter takes Plaquenil for her Lupus and Hughes Syndrome, and it has helped immensely as does her aspirin.. and often the MS turns out to be just the Hughes.. as it can look very similar lesion wise on the scans. Let me know if you want any medical papers for your rheumatologist, and our charity website is good. for patients and medical staff alike. hughes-syndrome.org/

cmars in reply to MaryF

Thanks so much for your answer Mary. Now we'll just wait and see if the second round of testing also shows positive. It has been a long road for me to get here - three years of neuros , rheumys etc.....I know that often these auto immune things can take a LONG time to uncover --this is where medicine really becomes an art in my mind!

Plaquenil and Warfarin (Coumadin) both help with APS (Hughes). Plaquenil helps with the blood clotting as well as any type of inflammation that you may have. Just know that once you are put on Plaquenil if you have a blood test for APS or any other autoimmune condition, the test may be negative as the Plaquenil helps keep autoimmune disorders at bay (which is a good thing). If the test shows up negative, don't let your doctor tell you that you don't have it, because if you test positive once, you have it for life and should be treated for life. Note that you can also be seronegative which means the blood tests don't show as positive, but you have symptoms of the condition. I had been searching for over 30 years to find out what was wrong with me. I had been tested several times for APS and it was always negative, but I had many of the symptoms. It was not until I had several blood clots in my lungs 2 years ago when my antibodies were sky high. I finally tested positive and was put on Warfarin, and then Plaquenil. I am feeling much better and no longer get nervous about any little symptom I have. I haven't forgotten that I have APS, and always watch for any sign of something new. I now feel like a huge weight is off my shoulders because I finally have a diagnosis. Good luck!

I have been on hydroxychloroquine for years. Do I need to tell my doc I need Plaquenil instead? Can you direct me to the article? Thank you.

I've been prescribed this from st Thomas, and my headaches were better for a bit. I've just looked at my medication and it's quinoric. I take it this is different from the brand of plaquenil? If so can I ask my gp to quote plaquenil on a prescription, and would a chemist take note of it? Could i also Request this brand specifically without the chemist thinking id gone completely off my rocker too? I'd be really grateful if you could also let me know where I could find that paper of prof Hughes, as I'm under Prof Hunt at St Thomas, and my gp would only be too happy to read this. Hes so helpful in trying to help, I know I'm very lucky compared to some, but these headaches constantly get you down don't they.

I didn't mean that Plaquenil makes your blood tests show up as seronegative. I was trying to let cmars know that sometimes blood tests may not show that you have APS, but you still have symptoms of the condition. I have a friend who was tested many times for APS and she always showed up negative, but she has had many symptoms of APS: problems with pregnancy - pre-eclampsia, blood clots in different parts of her body, etc. She is considered seronegative, but is being treated for APS because of her symptoms. My doctor who researches APS and writes papers told me that if you are on Plaquenil and you are tested for other autoimmune conditions, your tests may not be positive as Plaquenil helps to keep autoimmune conditions from flaring and your blood tests may not be positive. Another of my doctors who was a fellow under Dr. Hughes told me that Plaquenil helps the blood from clotting somewhat in the same fashion as Warfarin, but Warfarin is the treatment for APS. Plaquenil helps with the inflammation. I hope I clarified what I was trying to say. I apologize if I didn't. Your comments are truly helpful to me.

My consultant (SLE +APS) suggested Plaquenil. I did say no as I did try it a long time ago and I did not get on well with it. It is normal to be offered Plaquenil.

Sounds good. It will be interesting what he says.

Wow, thank you so much for saying this. I got horrible headaches from the generic & my new rheumatologist said to take the brand name which hasn't led to side effects. It's costing me US $120/mo even with insurance but.... Is there a link to Prof Hughes article about Plaquenil over the generic. Thank you

Hi I’m in Boston and have been in plaquenil since 2009 when I was diagnosed with Lupus. During my last pregnancy in 1990 I was ANA negative but positive for anticardiolipin and took baby aspirin during my pregnancy as well as prednisone for sever migraines. Ultrasound after 28 weeks and was induced early due to preeclampsia. Baby healthy and fine. I stopped baby aspirin and no one mentioned it again until my rheumatologist was retiring and he decided to run a bunch of tests. I was positive for Lupus Anticoagulant and took baby aspirin as well as the plaquenil and was tested again in a year and LA negative as well as other phospholipids so told to stop baby aspirin. That was a year and a half ago. This spring I had an equivocal positive for LA which they ruled out with another test but I was now positive for anticardiolipin autoantibodies as well as IGG and put back on baby aspirin. I believe that I will be tests next week when I have my three month checkup.

My doctor says they would only use something stronger to thin the blood if you had an actual blood clot.

I suggest you put your own question here again as this is a 5 year old thread.

It is a very interesting question I think. Good Luck!

advice on my last post, where I have had 2 positive Lupus Anticoag results, but my rheumatologist...

pregnant i made blood tests and the results shown that i have positive results for lupus...

wonder if anyone can help? My GP recently ran blood tests to look into my ongoing issues of...

in which they sent me for a Lupus anticoagulant test. I took the 2nd test last week and wont hear...

just had blood tests repeated in citrate and EDSA. Is Lupus anti coagulant and sticky blood the same