Can you get ectopic beats with a pacem... - Arrhythmia Alliance

I had my pacemaker fitted in 2020, 7 weeks ago it was repositioned . Just wondering if anyone can explain how these feel? I’m having some unusual thumping sensations by the pm. it started around 10 days ago , last night I could really feel my heart beating and this might sound silly but I’m sure I could hear my heart beat. I’m waiting on a few tests to try to diagnose or figure out whats causing my symptoms .I have a pacemaker for heart pauses and tachy brady . The thumps are in the same area as my pacemaker but I can’t tell if they are coming from the pm or not . 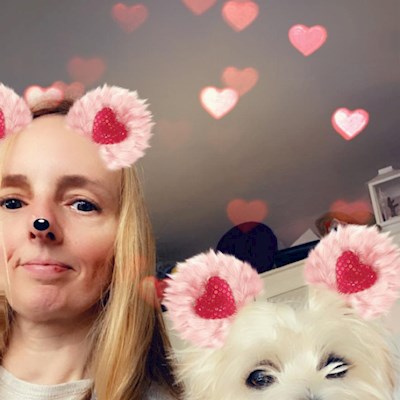 Westie2012
To view profiles and participate in discussions please or .
Read more about...
10 Replies
•

What tests are you awaiting? I have similar symptoms to this also.

I have an appointment at the respiratory clinic and a cardiac mri.

I can have ectopics all day long sometimes, it can be a run of fast beats then a thump, or it can feel like missed beats and pauses which can happen every other beat or every few beats, or it can feel like fast fluttering with a few thumps. I do have a pacemaker so I’m not particularly bothered by the pauses as I know it will kick in but it’s still an unpleasant sensation.

Thank you , does anything need to be done about it or is it safe to ignore the symptoms ? I was checked over on cardiac assessment a few days ago and all my tests were ok but my symptoms have changed and worsened slightly since then . I was told to go back if it continued . As it’s a bank holiday it will be Tuesday before I can go to cau .

Ectopics are considered unimportant and everyone gets them to some degree, anxiety will make them worse but worth mentioning it next time you see your Dr although there isn’t really any treatment for them.

There is a helpful leaflet produced by Northumbria NHS about ectopic beats. You can find it on northumbria.nhs.uk. It explains them very well in a supportive way.

Assuming they are ectopic beats I can certainly empathise. My latest run have been driving me crazy all week. Such nasty feeling little demons. I also have SVT and Atrial Fibrillation. Best wishes.

Ectopics vary a little, from the distinctive minor thump in the chest, to a kind of mumbling as a short string of them run together, similar to palpitations - this for me is likely to occur when I waken at night. They're nothing to worry about, although they do worry people. You can get used to them, though the worry, for me at least, is always mildly there, even though I know ectopics are harmless. I had my first one when I was about 30yrs old. I'm now getting on for 82, so whatever worries I've had over the years about ectopics was a bit of a waste of time! So, don't worry :o)

I get ectopic beats, they feel like a thud or a missed beat. I used to get flutterings too, but since my ablation I haven’t experienced these again.

It is important not to ignore them or dismiss them, a 7 day holter Monitor will determine their origin, and the cardiologist will be able to explain more about them.

The majority of ectopics probably are harmless and nothing to worry about.

Mine were non-sustained ventricular tachycardia, and I have had an ablation, mine weren’t harmless.

Always best to get them checked out.

Westie2012 in reply to JKJLH

Thank you , I do have a pacemaker so I can contact my cardiologist about this .

Ectopic beats really getting me down

I started having ectopic beats a couple of years ago during a period of bad anxiety. After the first

a day. Lo and behold I am starting to feel a lot better. Could it be dehydration that is involved...

ectopic beats on a 24hour ECG. Doctor doesn’t think anything is wrong but I have stages where I...

Ectopic beats seem to be worse lately and I’m getting them on and off every single day. Doc isn’t...

stressed and fed up

Heart rate over 130 causing me to feel unwell