I have had IBS for just over a year and the only thing that triggered symptoms for me was lactose so i stopped drinking any milk from animals and went on a very long journey trying different plant milks to find one i liked. I have tried over 20 different plant milks and only 1 i liked , oatly i like all there milks but the semi is my fave, i have been using this milk for about 6mths and have been fine until now and i seem to be getting symptoms again. I think its the oatly but not sure why its all of a sudden causing issues. What could be the reason for oatly causing issues?

I eat pretty healthy , i have a smoothie most mornings , Chicken salads for lunch and i mainly eat fish for dinner with veg and either squash, sweet potato or pasta. 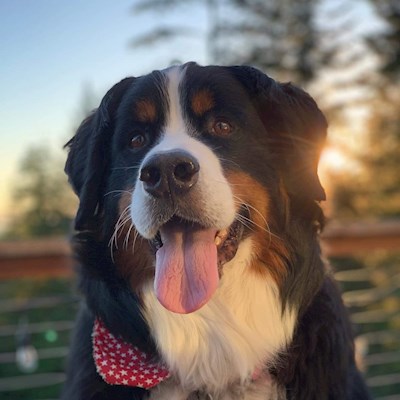 Bernermom
To view profiles and participate in discussions please or .
14 Replies
•

I'm fine with the Oatly semi but I know sometimes the barista version can give you problems.

It might not be the milk, might be something you've eaten. As for squash, that's something I react to.

We are all different and I've found the only way you know for sure is keeping a food diary.

Thank you so much, i hope its not oatly i use it so much in smoothies, hot chocolates, cooking in recipes ect

I doubt very much it's the Oatly unless, of course, you have an intolerance to gluten. I also love Oatly, it's my favourite one.

Difficult to say whether it's low or high fodmap as the first fodmap book where you cut out all high fodmap foods it says Oatly is ok but on the Kings College low fodmap app it says no, they really do conflict with each other.

I really hope you find out what's causing this. I do feel though a food diary is the only way, I used to scratch my head wondering before I kept a food diary.

I hope you're able to find out what's caused you the discomfort. I've never tried Oatly milk. It sounds like you really like it though, so I hope that you are able to continue to have it.

The photo in your profile of the dog is lovely. Welcome to the Healthy eating forum.

If you're using oat milk as part of your smoothies then I would echo that it could be another ingredient causing you the discomfort. You also mention hot chocolate. Are you making it yourself from scratch or are you using powder from the grocery store? That could be causing you an issue too. What dressing are you using for your chicken salads?

Good morning and welcome I just saw your post, well I only have very mild IBS but I was real Ill with ulcerative colitis 6 years ago i cut out most foods in order to heel my colon after reading up on it whilst waiting for the specialist I used to have soya milk the older types are disgusting but I like Morrisons it's creamy and nice on serials and cooking or coffee was this one you tried.

Thought i should update , yesterday i had a meal my sister cooked and then last night was in hell on the loo. Now I've had this meal before and never had an issue so i phoned her up to ask if anything was different about the meal amd she said the only thimg different was that she used a new oil. Rapeseed oil , i did not have any oatly yesterday so i looked on the ingredients and there is rapessed oil in oatly so i think its the oil that is causing my symptoms.

I only have mild IBS as my symptoms only come on that night or the next morning and last for about 2hrs until ive finished on the loo then im fine again.

What was the meal?

I wonder if you've ever been tested for Coeliac disease? My partner would suffer IBS after eating certain meals, with the list of meals that affected him gradually growing over the years. In the end, he noticed the list always seemed to contain gluten products and he was subsequently tested for and diagnosed Coeliac.

Oatly milk is not a gluten free product, and it could be that you didn't suffer at first, but that your body is just no longer tolerating it in the same way.

Bernermom in reply to Cooper27

I have been tested and its not Coeliac. Im fine with bread and foods containing gluten. My symptoms on started when i started drinking oatly.

The meal was salmon, sweet potato and veg with a cheesy sauce ( which is just cheese , double cream and mushrooms) ive had the meal lots of times and never had an issue the only new thing was she cooked the salmon in rapeseed oil.

I’m not too hot on IBS so I can’t really answer your question but my mum once had IBS.

She took charcoal tablets and has never had a problem since.

Anyway, I was going to ask you about the Oatly oat milk.

I drink Oatly, I like their ‘organic’ drink the best because their ‘original’ and ‘barista’ editions both have rapeseed oil in them.

I try to avoid these milks with rapeseed oil as I don’t want to be consuming an oil that was originally used for industrial purposes.

Anyway, more to the point, you said you like the “Semi” one.

Is that the ‘original’? I assume it is.

I do like the taste of the ‘original’ and the ‘barista’ but just want to avoid the oil.

So with the ‘organic’, you get oats, water and sea salt and that’s what I like.

I’m also quite partial to coconut milk as well and I like Rude Health’s Organic coconut milk. Again, simple ingredients and no oil but great taste and it’s nice in a coffee too :).

Bernermom in reply to Matt2584

Ive tried the organic but didn't like it. I only like the original one but the semi version.

Glad to hear the milk helped with your IBS :).

Bernermom in reply to Matt2584

I prefer califia unsweet almond milk as theres not much almond taste but its too expensive.

Alpro is not bad im glad my IBS is fine with it, over time i know i will get used to the nutty taste of alpro almond.

I don’t like almond milk, I think it tastes pretty gross.

It’s weird cos I like almonds in a bakewell, they are really mice and chewing almonds are nice but as a milk I can’t abide it.

And plus also I have heard that the process for companies to make almond milk kills lots of bees or something along those lines.

Well, bees are very important so I don’t really want to contribute into killing bees.

I have practically given up cow’s milk now and buy a lot of Oatly oat milk.

The Oat revolution is coming...

With all the recent interest in oats and Matts recent oat milk post I thought this was...

I cut out milk and all milk products, including anything which mentioned whey, lactose, milk...

folks, I like soup this time of year as its warming and gives a sense of wellbeing 🌝 I also like...