Tonys breathing and more: So I see they are trying... - Headway 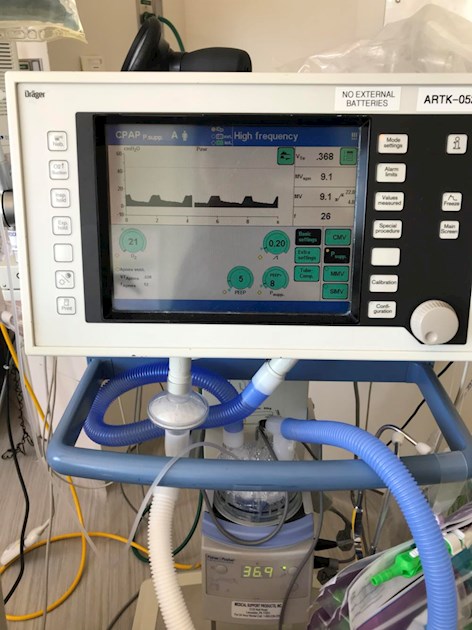 So I see they are trying to wean Tony off the ventilator as he’s had his trach just a few days ago. He was always breathing kind of low between 19-20 BUT today he’s been at a constant 25-27 it has been great because I’m told that’s his OWN breath! I’m so proud of him and would hope he CAN soon be able to breathe completely on his own.

Also he continues to open his eyes to his name being called but ya just so difficult to find something he can do to show he can actually hear us. He had blinked and moved his feet so I’ve tried to see if he can stick out his tongue out but I think that’s too hard for him right now..Either way he has made some progress and I’m just so thankful for that so far. I have so much faith in him and so much love! Once he is moved I will try to see about getting a chiropractor, acupuncturist and getting those omegas in his system. It’s so hard to get guardianship of him so that will be a battle in itself. Thanks to all of you always for your continued support I tell Tony all the time that he has friends from here cheering him on! 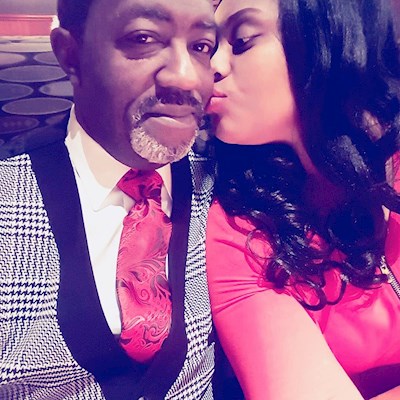 HopeforTony
To view profiles and participate in discussions please or .
Read more about...
10 Replies
•

This is wonderful news!!Keep on fighting Tony!!

Amanda had only had her tracheostomy fitted 4 days before she started breathing by herself and 5 days before doctors started to wean her off the ventilator because she'd started to breath by herself, 24 hours earlier!!

Hopefully if all still goes well Amanda should be completely weaned of the ventilator by tomorrow morning/afternoon.

We're still thinking of you, Tony and his family in our prayers and thoughts 24/7 and send you all our love and hugs as well.

HopeforTony in reply to kerr28

Tht sounds great! I really hope it all works out, its so tough but they are fighting to be here with us and fighting HARD! Continued success and support. Prayers for you and Amanda as usual. Thanks alot

kerr28 in reply to HopeforTony

Thank you for your ongoing prayers for us all including Amanda and her unborn son, who we've called Logan.

We'll still keep praying for you all in our thoughts 24/7 and keep sending you all our love and hugs, always as well

HopeforTony in reply to kerr28

Thats a beautiful name and I hope one day to have Tonys son as we wished. I wish we could all meet to support each other. Much love xx

As the geordies would say: WOR TONY!!!!!

comeon man you can do this brother

I had a tracheostomy and let me tell you in advance girl --- he's going to hate his potentially unsightly scar because I literally hate mine and yeah it's just a scar as people always tell me, but the looks I get from strangers lol wow.

I'm Spanish (mother from Madrid) so my race is not white caucasian and I was told by my plastic surgeon that my race is why I scarred like a spiders web and with Tony being darker skinned, he no doubt might have the same issue.

But screw it, we're not there yet & I don't wanna jinx it, but COMEON TONY!!

Im so not concerned about the scar it was to prove his fight and you shouldn't be concerned either I mean its a badge of honor! We shall see if he wants to get surgery to fix it we will def try! See if you can also! Yes

You are an amazing young woman and because of your Love and strength for Tony he will be protected by all the Love and positive thoughts coming your way. With Love and Gods Blessings Liz xx🇬🇧🙏

HopeforTony in reply to 1949liz

Great news. Credit to you for believing in yourself. We all have to take a gamble at times. As you are aware are thoughts are with the two of you. Hopefully things will continue to improve.

HopeforTony in reply to Mufc

Thanks so much I am trying!! Hope you’re wel

At hospital now with Tony

came in and I ASKED him how long can a person say on a vent he said 14 days. Tony has only been on...

Tony has moved out of ICU

My only concern is not being able to see his vitals and breathing on the screen as I was able to in...

playing music for Tony for a while now here at the hospital, and just now I told him the next song...

Another visit to see my Son and more advise please.

although his memory is good in other areas. Our worry now as his family is where will they send...

that Tony has successfully done a 24 hour wean off the vent and also has been breathing on his own...

Hang on in there… life can get better…