Tablets not working : Has anybody else... - Aspergillosis and...

Has anybody else had a problem with steroids and anti fungal tablets not working for ABPA so had to come if them ? 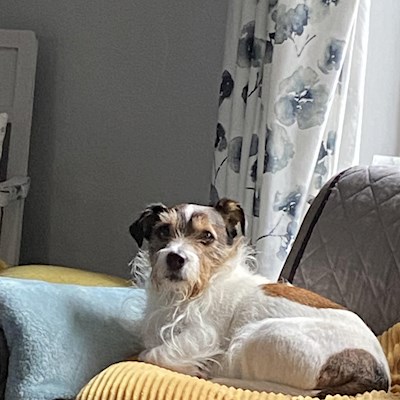 Midge4547
To view profiles and participate in discussions please or .
Read more about...
5 Replies
•

See if you can reduce the steroids as it is not good long term drug programme anti fungal a try a different one . Discuss with you respiratory consultant asap

This often happens when the fungus becomes resistant to the antifungal medication you are using. Sputum tests/bronchoscopy can be used to determine whether this has happened and which medication to switch you to - if you are in the UK the National Aspergillosis Centre in Manchester can help your doctors if they need a little help - mft.nhs.uk/wythenshawe/serv...

Midge4547 in reply to GAtherton

I’ve got something that has me now in bed 24/7. I said “something “ because no one believes me! Obviously, no tests were ordered. I hired a pro mold inspector. Results difficult to understand as far as severity. Highest were Aspergillus/Penicillum.It’s all over my body and inside. The face mask caused it to go into my sinuses, ears,lungs. It’s just as severe in my eyes. I’m now blind!

What is Aspergillus Ochererius (? Someone mentioned it but I can’t find it now. Sorry). I’m hesitant to be honest here because my docs said psychotic delusions and referred me to psych! A doctor who didn’t look at the pics/videos I’ve documented over 3 years. He didn’t even look at one! He didn’t even look at my skin because he was busy typing so no exam was done.

I’m becoming hopeless and that doesn’t work for me!

I have to pretend with my family but I’m suffering cognitive effects.

Thank you for presenting your comments. It made me feel not so alone.

Hanne62 in reply to Windchimes_123

I just want to say how sorry I am you’re suffering in this way. It must be awful to feel so alone with this. I don’t have any answers but, if it were me, I’d try anything, including the psych route

Itraconazole seems to have stopped working

rescue meds, just wondered if anyone else has had similar problems. thanks

Please help me find some closure with my husbands death

Could he have had this Aspergullis for many years undetected? Could it had been the infection

Lost my mom to aspergillosis

passed away. She had lung cancer twice. One in 2007 in her right upper lobe. She had a lobectomy....

Mucous plugs inside lungs can not cough up anything at all..

was diagnosed with ABPA in April as had a non productive rattly cough for months. Had a CT scan...

Hi, has anyone had success with oregano oil, astragalus root, vitamin b3, vitamin c, grape seed...