Ever since my prostate surgery 2 years ago now, zero ability to get a natural erection, I only can with an injection. I'm curious to know if anyone having this procedure actually recovered the ability to get natural erections. Please be honest, and honest about what an "erection" actually is, not just a little swelling but actual firmness satisfying for sex. I checked all the boxes as someone that should have been successful here. I'm trying to determine if my surgeon just messed up, or ... idk what? He keeps saying, "I spared the nerves." Well, if he did, why can't I get an erection?

You know what I miss most?: waking up with a boner. It like just made me feel so good to wake up with that. Now gone, and after 2 years now, apparently permanently. 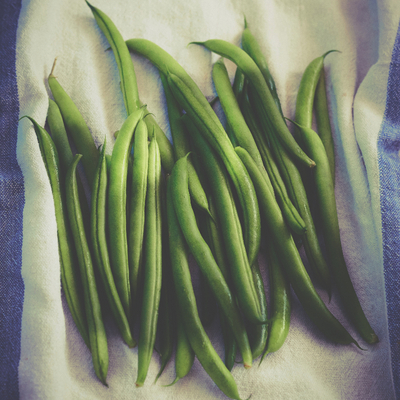 kg1961
To view profiles and participate in discussions please or .
Read more about...
11 Replies
•

I’m 60 now. RP in 2019 . 9 months after RP had first partial firm erection .. it was straight out at 2 inches long. Nurse practitioner said 3 1/2 inches was what my erection would be after nurse measured my soft stretched penis length.. disappointing.. took Viagra off n on for another year and nothing happened but soft , kind of firm leaking urine penis.. in. March 2021 I got new female urologist and I had AUS surgery to fix urine leaking.. google AUS.. and it helped me get dryer but the dr put me on generic Cialis and erections got harder and have morning erections .. but my problem is 2 nd surgery ..male sling the dr cut into my penis and sewed it back up so scar tissue formed and erections are painful and won’t stay hard .. Cialis gets me erect but pain causes it to get soft . So that’s my story. Cancer gone .. much smaller penis..erections painful .. but Cialis helped me ..mentally …feel better with erections but not usable erection good luck..

I hear the same old thing form everyone I’ve talked too I don’t know why they say it’s nerve sparing everyone ends up the same way and eventually nothing works, I went through the same thing in 2019 before that sex was great enjoyed it tremendously,now nothing have tried everything,very disappointed and it’s very depressing guys will write on here that this pill or that injection works then in a few months you’ll hear them say it’s not working anymore, think we’re all in the same boat

I wonder how many men (and their women maybe) we could get signed up for a class-action lawsuit against ... idk, some urology association? Or maybe every surgeon that ever performed RP? That "nerve-sparing" was false advertisising. I certainly know I took it at face value, that my nerves were going to be spared, and probably would not have done it if it were not for "nerve-sparing."

I can have natural erections but they go away to damn soon.

xsevenx in reply to ray0001

ray0001 Have you tried viagra? It would probably work for you.

If you are having erections , that shows the clockwork is in order. But that it would benefit from a bit of a boost.

Same here pretty much. 59 at surgery a year ago, and “they” told me that advantage of being relatively young would mean recovery would be good. Surgeon said “nerve sparing” was semi-successful. And yet it seems actual success is less common than they promise. Continence for me has 95% improved but zero in the potency area. No one ever mentioned the shortening. Single gay man here, and coming to terms with no sex life and probably no romantic life at all.

I had “partial nerve sparing surgery”. My doctor said I would probably regain ability to gain a soft erection.I was 70 when I had my surgery( 6yrs. ago). I took a month or so to regain bladder control. I never regained the ability to get a natural erection, even with Viagra, and other ED pills.

I use a vacuum erection device daily to keep blood flowing and to keep my penis in good health; this prevents shrinkage. I started on this regimen almost immediately after surgery. I tried pills, but they did not work by themselves. I tried Trimix after a couple months which works well. I use an auto injector. It is easy to use and there is no pain.

I am eternally grateful for my surgery, and thank my surgeon. I have been cancer free now for over 6 years, with an undetectable PSA reading.

Admittedly sex is not the same. My dry orgasms are different than before. Orgasms are more subtle, but it is the same in the sense there is all the pleasurable building process, before the orgasm. The culmination is weak but

you are tuned into it. You know when you have it, and it is satisfying.

I take great pleasure in giving my wife orgasms. She never did orgasm much from intercourse, but is highly orgasmic from manual stimulation. Our communication about sex and intimacy has been much better since the operation and I think sex for the both of us is very good as a result.

What more do you want? Enjoying sex with your life partner on a regular basis (albeit once a week) at my age

of 76, and wife at 72. We both enjoy it, and look forward with anticipation to our weekly dates.

Thanks again Doctor, for removing my cancer and extending my life so I can make the most of my time left!

Hello kg1961- I had a prostatectomy with nerve sparing. I'm able to have erections but they not as firm or last long enough for decent use. I have not tried any of the suggested meds. or other options available to us.

RP and adjuvant RT in 2015 at age of 58. Partial nerve sparing. Used pump on and off in 1st year along with cialis to reduce shortening so only lost 1/2 inch. Never regained natural erections but started Caverject injections in 2016. Worked too well! 4 hr erection but way too painful to enjoy it. She was very happy with it though. Thankfully found an alternative injection, Invicorp which is prescribed free here in Scotland. No pain and nearly as pleasurable as I remember my natural erections to be. Lasts for about 3 hrs so can take it slowly and concentrate on getting it on to a very satisfactory conclusion. Eliminated the problem of an early finish on my part I often had before which is a big plus. Overall probably a less spontaneous but still very satisfying sex life.

had an erection in years. It feels like it's trying to come up but only gets slightly firm. Not...

required erection, is it too risky to increase the dosage slightly? Question 3: If I was still to...

drug Trimix and, bingo, my sex life is back in full force. Now the question, what is the approach I...

Having trouble maintaining an erection?

see. Now, when I am getting ready to engage in some sex, I do this. even if I am just going to just...

Tadalafil now for about 4 years, but it is not working properly any more, i get an erection but i...

Don't Piss Off Your Friends