I have read that using a PDE 5 med like Viagra or Cialis along with an injection of BiMix or TriMix is not a good idea. I guess the theory is that you could end up with an erection for 4+ hours (called priapism) or an erection that hurts like hell. I've also read elsewhere where it was fine. Anyone have any experience doing this? What happened? 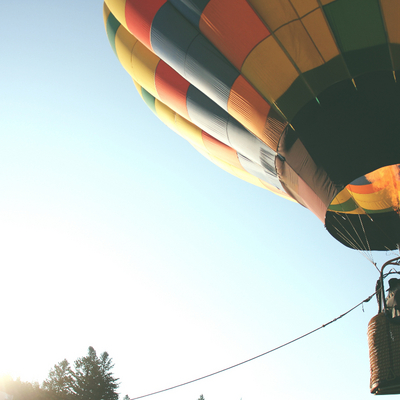 No_Prost_55
To view profiles and participate in discussions please or .
Read more about...
24 Replies
•

I have not tried.

Will inquire with my urologist

and see what he has to offer.

Let's keep in touch re this.

BTW, my last shot didn't seem to work as well until I put on a cock ring behind the "boys", then my eredction got pretty full. Still experimenting :>)

Where can I get one of these cock rings? When I take Trimix, I get hard but it loses it’s rigidity when I start to get busy, making it difficult to achieve penetration. Are there different kinds of rings?

Having been always a person who uses a cock strap adjustable versus a ring that is fixed, I think it's very important to make sure after you inject that you keep your finger depressed on the injection site for a good three to five minutes because once I tried that and I believe my cock ring or strap made Blood come back out of the injection site and when I look down I had a big black and blue bruise with blood under the skin as though it got forced back out the area and under the skin area. it subsided within a day or two but I've never had a black eye on my penis before.

I think it all has to depends on the dosage of each. My understanding is that the protocol is very standard but you have to experiment with the amounts you are taking and do so under medical supervision.

Thx... I tried 50mg of Viagra along with 15 units of BiMix today with no problems. Viagra didn't seem to make any difference. However, I've tried Viagra alone not too long ago and it did absolutely nothing so I'm not sure how valid this test was. BTW, I am 9 months post RP and have not had any natural erections but BiMix injections work fairly well... Still trying...

After I saw your question I asked my rehab urologist. I get good results with .05ml Trimix. He had suggested 25 mg. Tadalafil. I inquired if I could use Trimix after taking 25 mg tadalafil if I didn't get results. His office said no problem but gave the usual warning about 4 hour erections. Haven't had one of those yet.

Use both. Urologist said OK, asked several time. Rock Hard - 18 years old again! Take sudafed after to bring him down, and clear stuffy nose. My wife of 40 years is more than happy!

Do you know if there is anymore research on this? I was always told you shouldn't do it but damn if it can be done safely that would be awesome. Any advice like on dosage to try etc.

Just started using Trmix. The first two times I took 50 mg viagra 30 mins before injecting .2 mg. I had the best erections that I’ve had in many years. Wife told me it felt like a different man, filling her tight. Best thing was after ejaculating I stayed hard for two more hours even though she was satisfied with 30-40 minutes.

Next time I didn’t use viagra at all and injected .15 trimix. On my watch I timed only 4 minutes to start getting hard, and still stayed hard for over two hours. I’ll drop the dose again next time and see what happens

Freewheeling1966 in reply to Captaincrunch01

Hi there. New here. So do you recommend the Viagra/Trimix combo, or Trimix alone?

Hi there. My urologists has prescribed me viagra and told me to not mix it with anything. I don't know, maybe it is possible, but I am not going to risk. I am buying viagra from ed-oesterreichische.at/viag..., and it has an amazing effect and a very cheap price. I am very satisfied with it and I definitely don't need to mix it with anything, it's enough for me. Do it on your own risk, friend. But I should warn you that it may have some side effects. You need to be very careful. You should definitely ask a doctor.

I am going to try it too. Thanks!

I about ran out of my Trimix. I had about 1/3 of my working dose left in the vial. I took what was left and filled a syringe. My usual dose is .30ml. My wife asked for a date so I took about 25mg of Viagra before showering, and later injected the last of my Trimix. This resulted in a firm erection which lasted about 1/2 hour, enough for a fast date. My usual Trimix is 3x as strong. That induces a 1.5 erection. So for me, at low doses of each when mixed works well but will only resort to mixing if I run low on Trimix before I get a new prescription. The mixing had no adverse side effects.

I take 100mg of Viagra along with Trimix and never had a problem with overly long erections.

TF58 in reply to Tewks

I’ve tried all and the trimix is the WORST. If u can FORGET ABOUT IT. I used trimix and it’s causing all types of problems. Hard spots (believe them to be scar tissue) and indentions where I shot up at. I never had a hardon after sex. After I was done it went down. But that stuff is horrible. Stay away from it.

Sorry you have had bad reaction to Trimix. I have used now for years. I only inject once a week, and use 31 gauge hypodermic needle. My usual dose is 3 mcg (3 on 10 scale insulin hypo). I use an autoinjector, alternating side of the penis each time I inject. I found that if you have venous leakage; wear a tight cock ring when injecting. This plumps it up giving you better viewing for veins to avoid, and gives you a larger target. It also keeps the Trimix from leaking back into your body before it is absorbed inside your penis. After you start to become erect you can take the ring off. I was able to cut my injection amount and get firmer, better results. Never had any problems, or bad reactions.

I agree TriMix put me in the ER for 3.5 hrs was the most painful erection I've ever had and on top of that was curved and leaned to one side, very disappointed, on BiMix now so so guess it's better than nothing

I have a script for TriMix-gel. When used by itself I can only get hard when using a cock ring. Similar to when I take 20mg of Cialis. The other day I tried taking 10mg of Cialis and waited for it to take effect....I put on a cock-ring and got hard. At that point I injected the TriMix-gel and after about 10 minuets I got super hard and no longer needed the cock ring to stay that way. The down side is that TriMix-gel only lasts for about an hour. I'm thinking about trying regular TriMix but due to privacy issues I don't have a place to store it.

Relying on privacy and storage. When I travel, I use a small soup thermos. You can put a vial in an empty pill prescription bottle with cap. This keeps it from getting wet. Just put the bottle in the Thermos and put in some ice cubes. After putting on the Thermos lid it will stay cold for approx. 24 hrs. You can keep your Thermos in your room, car, desk... whatever. Just replace ice every 24 hrs. This works well traveling, but also keeping a hypodermic loaded and ready to go, at home away from the family fridge and prying eyes.

Thank for the suggestion.

In the context of TRIMIX, we hear about the danger of priapism (prolonged erection) as a side effect

it. He now uses bimix and likes it much better. Anyone else with thoughts on bimix vs. trimix? Dave...

this. Basically he said he would like to see how it works and if I end up with Priapism If I cannot...

about 2012 oral medications like Viagra and Tadalfil gave me rock hard erections. After 2012 It has...

﻿Use of ED ring

when is the online meeting?