I'm 3 weeks into my first prostap injection and I will not stop bleeding I've had 1 set of tablets to stop it but they just made me heavier so went on other tablets which stopped it. A week later I'm getting all the pains again and I start to bleed and lose clots again. Is this normal? I was told prostap would stop my periods for the 3 months I'm having them.

Any info on this is much appreciated. 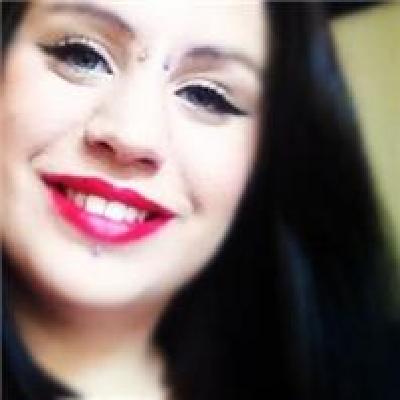 cejay-wiffen
To view profiles and participate in discussions please or .
Read more about...
11 Replies
•

A few weeks or so into mine I had a really bad two week period that's wasn't pleasant, but after that I didn't have a period for 6 months (even tho I only had a 3 month dose it took a while for them to return).

Have you spoke to your consultant? X

Thanks For your answer. I haven't spoken to my consultant. I'm planning on going to my gp Monday but he wants me to give up the injections and I don't want to. Not yet at least. I'm so sick of this pain and conflicting information.

Hi, I'm on Zoladex (similar injection to prostap)...I've had 3 injections so far along with hrt. I've been bleeding ever since I've been on it but it seems to have settled down now. Like you I was also getting rather concerned. Think it just takes longer for the bleeding to stop in some women than it does with others.

Hope it settles down for you soon

cejay-wiffen in reply to Dixie22

When you first go on to Prostap, your body tries to 'fight back' which means that symptoms such as pain and bleeding often get worse before they get better. What you're going through sounds completely normal, it could take a couple of months to settle down.

Why does your doctor want you to come off the injections?

I don't know why he was just very quick to say to stop them if I want to. Thanks. X

Hi There, I've Been On Prostap For 9 Months Now & The Only Thing That Has Helped With The Bleeding Is Taking Livial (Hrt) & It Helps With The Mood Swings & Other Things.... I Did Not Want To Be Taking Hrt At My Age (30+) But It Has Helped All The Way, Otherwise I'd Be Biting My Hubby's Head Off For No Reason, Uncontrollably

Hello! I had a three month injection of prostap because I have a 6cm cyst and waiting for IVF, so it was an alternative to having an operation. I had the injection on day 21 of my cycle. The Nurses explained to me that I would probably still have my next period, but that it would settle down after that. I had a very heavy period and it lasted for about two weeks (though it wasn't as heavy after 7 days). It's settled down now and I think my next period would be due but it hasn't come. The only other side effect I've had are hot flushes, I get them 5-10 times a day, but only last a minute or so at a time. The nurses also advised not to take any supplements to counteract the side effects! Hope it's settled down for you, and that all these answers re-assure you.

Hi, I have had 2 courses of prostap. It doesn't really kick in until the second month which is when the side effects started, I take livial which helps with these. I had a period after the first injection which is normal so if you give it a few weeks it will probably stop xx

Hello, I finished a 6 month course of Prostrap in August. I bled for first four months of having injection and very heavy it was too. It can take a whilst for your body to re-adjust itself. I finished injections in beginning of August and nearly four months on I am having my first period now which is very heavy again.

I've got my period on 7th this month and it's still going today I have no idea how long it's going to last! But it's annoying to say the least but I'm hoping it comes to an end soon

had prostap last year for 3 months and had night sweats and sore bones. I started prostap again just

I am just about to have injection no 4 on Friday but went...

Hi - I’ve been on prostap injections for 3.5 months with Tibolone HRT. The first 2 months were great

HRT to help with Prostap side effects?

I am currently into the second month of Prostap injections and am starting to suffer with some...