I disagree with the hospital what do I do? - Endometriosis UK

Iand no fever. got sent to emergency gynecologist at my local hospital who says I have PID. I disagree for a few reasons, one being my actual gynecologist looked at my records and history and pointed out that I'd had quiet a few tests for this over the years and it never showed anything so she thinks its just endo being misdiagnosed. Also I have no symptoms of PID no nausea, voniting, no loose stool or runs.

the hospital said to take antibiotics for two weeks and go back if no better, I'm in too much pain to work and the painkillers make me a bit doolally. My own gyno cant see me till the 31st. Anyone know what I can do in the meantime to sort it? 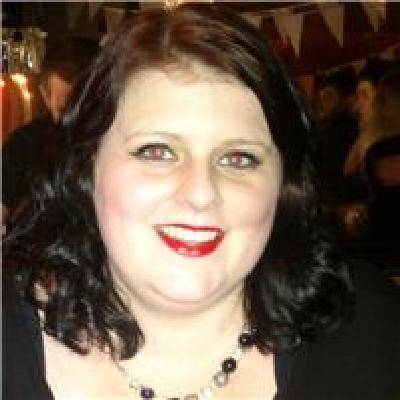 samanthac
To view profiles and participate in discussions please or .
Read more about...
11 Replies
•

Any chance to see endo gynae specialist private? It could save you time (but not money of course) x

I was thinking of doing that. But I am not getting

Phone your gynaes secretary (just phone hospital swith board and ask for Dr X's secretary) and ask if would be possible for your gynae to phone you back. Explain how you're really concerned that the emergeny gynae has put you on the wrong meds. A decent gynae will ring a concerned patient. Failing that, they can put you on the cancellation list.

Thanks. Called my own gyne this morning and they said the lists were full I didnt know what she meant. I have an appointment on the 31st now to see her but dont know what to do in the meantime. Do you know what I mean when I say I just know it's not PID?

Yes I do. When I first got ill I was tested for every STD under the sun. They were convinced I had an infection. I knew I didn't as I've had bacterial cystitis before and this felt different. I felt I had to 'play along' just so they could tick off their boxes. Thankfully I trust my boyfriend!

Hang in there. I would def try and get your gynae to call you. Unfortunately endo forces you to pester people to get results. I even found my consultants email address through a hospital contact and emailed him.

I would then ring every day asking of there have been any cancellations.

Fingers crossed for you xx

Thanks I just don't want to take the anti biotics if I don't have to I was on anti biotics last week for a sinus infection. Am falling apart!!

I had this situation myself twice.Often endo can masquerade as PID.

My gp said there is nothing more she can do. They gave me more painkillers and said to rest n case there is an inflamation. Though the pain is worse tonight and my waters turned pink :-S maybe the meds?

Before being diagnosed with endo, my annoyin gyna at the time in Manxhester for about a year repeatedly ignored my negative swab test results and gave me antibiotics for PID which I NEVER had!

It was endo all along. I am still mad about this!!! She was a endo specialist told me there was little chance I had endo despite all classic symptoms My partner and i knew it was endo, it was so obvious so did most other hospital docs, I was in and out of A&E in pain almost weekly!

Anyways after a year of pretty much monthly or every two monthly courses of triple anti biotics, I was pretty sick from them, making me vomit, ( I never vomit) rashes, itching, headaches watery eyes, just plain ill from the medicines. I had to start using antihistamines!

And ever since I have intolerance to ALL tablets. Which makes pain relief useless as I can hardly take anything except liquid and patches!

I would see another doctor, the PID line is just pathetic, and PID is caused by real infection so if you don't have infection it's not PID.

I can not believe they could even say it was PID when there tests are clear. It's simply common sense and any consultant can confirm that!

Its a joke, it came to me going to A&E almost every other day crippled in pain u able to walk, before they decided to take me seriously! Then found stage 4 endo in someone who didnt have it! I was fuming and getting quite angry and upset recalling that dreadful time ;(

This is a very familiar line with doctors around this subject I've been in this position where they claimed I had PID twice I am yet to know weather I had it or not even though they done swabs etc. they give me antibiotics to go on for 2 weeks as well and then afterwards told me I didn't need to take the course even though I finished it was an E-coli infection from yeast or somewhat to do with food (which strangely enough according to my gyne there's a lot of it going around and I had all the same symptoms), even though twice I told them I had diagnosed endo. best bet is what everyone is saying with getting pushy its the only way. get into the office and once your their do not shift till your happy with what they are saying. good luck!

I have good news they realised it's not pid and gave me an injection in my leg instead lol now on hrt at 30. Very random day!!

Bowel problems, upcoming hospital appointment & don't know what to do.

and has referred me back to the hospital, i have my appointment on 31st Oct, how do i state that i...

Half-diagnosed - What do I do?!

Do I need to go to hospital?

3 weeks ago I was admitted for emergency surgery after a burst overain cyst had gone septic. I had...

What should I do? Help!

Possible Endometriosis- First hospital app with a specialist.. what to expect?

question of Endo and asked for a referral which he reluctantly gave me. I have my first hospital...