So roughly 7 weeks ago I had what I thought was a water infection the usual constant urinating and never feeling like my bladder was empty etc. I then started getting niggly pain in my back so assumed it could be kidney infection, the doctors gave me antibiotics but the pain continued to get worse. Then I started getting pain in my pelvic and abdominal area. This is constant every day I literally have it constantly but it most definitely gets much worse around the time of my period however I am on the pill and have been for 10 years so have never had a proper period as such and have never suffered with painful periods until now. I’d not really heard much about Endo until somebody mentioned it to me and I looked it up. It then seemed like more symptoms I hadn’t thought much of I had. So things like pain being worse going to the toilet, constipation and diarrhoea, sex etc can be painful at times and I had one stage of bleeding when I had continued to take my pill but it wasn’t constant every few days I was bleeding for a day then it would stop . I don’t know if this is a symptom as such but I’m finding walking really difficult at the moment especially being on my feet a lot at work! I also have had bloods done and abdominal and transvaginal ultrasound and it was all clear.

It sounds silly but I feel like I just need somebody to tell me it’s not all in my head as that’s how I am feeling at the moment! Has anybody had anything similar and does this sound like it could be Endo? 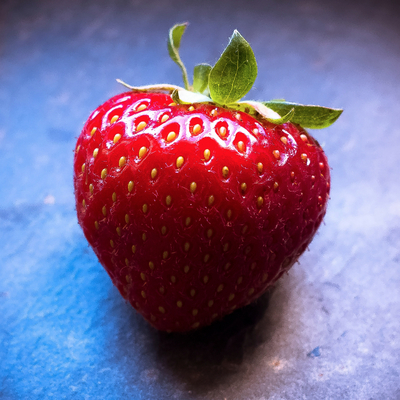 Chloelouise92
To view profiles and participate in discussions please or .
Read more about...
21 Replies
•

I had very similar symptoms. Doctors told me I could have kidney infections before I was diagnosed with endo and I had countless rounds of antibiotics before they referred me to a gynaecologist. Then a further 3 months waiting for a laparoscopy. Keep pestering them, the sooner they find the problem the better 👍

This makes me feel so much better! They suggested kidney stones at first but ruled that straight out after a urine sample and ultrasound. I previously had pain in a totally different place and they found I had gallstones and removed my gallbladder but I still had the same pain a long time after the op. I gave up in the end as I was made to feel a bit silly being sent to different consultants and being told different things. I now wonder whether it was all linked! I have a gynaecology appointment in a few weeks so I’m hopeful things will get sorted. It’s draining and I just want to know whatever the problem is to try and get it sorted. I was unsure if you get Endo being on the pill as I had read online that women that have it sometimes are put on the pill to help. Thank you for the reply!

It's true being on the pill can help dampen the condition, but then again I've had the mirena coil in for close to 3 years now and that hasn't helped either, although they said it would! 😂 It's gruelling going through the whole process to try and find the cause but if it's interfering with your day to day life it's definitely worth keeping on at them. Good luck with it 👍🍀

Oh definitely I feel like I’m just pushing through each day at the moment it’s so hard being at work and trying to carry on as normal! I work in a primary school and I’m constantly on my feet. 🤞🏻 I get some answers thank you!

Also have a google of interstitial cystitis, as well as adenomyosis as I have these as well as endo and sounds quite similar!

Chloelouise92 in reply to Catness

I’ll have a look into this thank you!

I had very similar symptoms went for an ultra sound and they found a cyst which advised needed to be removed in surgery I was only diagnosed with severe Endo following the surgery as they did not know until they operated. I was fobbed off my GP so many times when I kept going because the pain i was in was like nothing I had ever felt before I was told could be an infection, cyst, kidney stones i had started to believe that I was imagining the pain and over reacting until I finally got referred and had surgery and was given my diagnosis. Don't give up find the answers if I hadn't kept pushing i would probably still be waiting and suffering x

That’s how I feel like am I imagining it or maybe it’s normal to be in this much pain! It’s horrible isn’t it, I had very similar situation when I ended up having my gallbladder taken out because I hadn’t conflicting opinions and it ended up taking a good 2-3 years before they found the gallstones and took my gallbladder out. However I’m now starting to wonder if it is all linked somehow to this anyway as I never got to the bottom of it! It’s good to know people have been in similar situations. Sometimes I think keeping on at your GP is the only way you get answers. Glad they finally found out for you x

My symptoms were similar to this, I know exactly how you’re feeling in terms of feeling like it’s all in your head. I went for over a year undiagnosed and got to the point of doctors telling me I shouldn’t be in this much pain and it wasn’t normal. I was the same as you, on the contraceptive pill. You know yourself that something isn’t right, you know how exhausting and severe the daily pain is. Try not to get too disheartened, I’m sure you will eventually get your diagnosis and get better!

Yes that’s exactly how I feel and it’s frustrating when you know your own body you know something isn’t right! Thank you for your reply!

It saddens me that so many of you are having to wait so long to get the answers i was very fortunate to get a quick diagnosis didnt feel like that! but from reading on here so many are in limbo i was referred to gynae very quickly as they were concerned the cyst may have been ovarian cancer when I went to first appointment he said yeah just think it's a run of the mill cyst nothing to worry about was only when did internal exam I nearly flew off the bed with pain even he looked shocked he then asked me to wait back in the room then disappeared! When he came back i was taken to see consultant and it was him who went through symptoms and said Endo I had a further appointment 4 weeks later and my surgery date was set. Why are GPs not more aware of the symptoms and referring them to a specialist

I’m sorry you are suffering. Excuse short post as I’m trying to reply to lots of ladies on here. I’ve made a post with some medication recommendations- take a look at that. Also my bio should give you some info, so that might help. Plus I’m a specialist nurse and know some information on it. Cardiac nurse not endo. Take care now.

Thank you for your help I’ll take a look x

Feel exactly the same, is it in my head, we just need answers so we can do want we need to get back to some normality, it just takes so long. Take care and hope you feel better soon! X

Chloelouise92 in reply to Jue23

I feel for you as I know how hard it is to try and carry on as normal! It’s the unknown isn’t it, my gp didn’t even consider endometriosis and when I asked if it could be that she asked me if I thought it could be?! I have no idea I’m not a professional! It’s sad but sometimes you have to look up things for yourself so you can get some kind of idea what it may be! I hope you get an answer soon as well! X

introuble in reply to Chloelouise92

I’ve dealing with this since July17

Tired of Dr visit without any diagnosis

Chloelouise92 in reply to introuble

Oh no 😫 it seems to take people a long time to get a diagnosis! Just keep pushing for an answer x

Jue23 in reply to introuble

I don’t know if it helps but loose woman have information on there web site as they covered endometriosis on Wednesday’s show as Saira has endometriosis.

Chloelouise92 in reply to Jue23

Ah that’s helpful I’ll have a look on there site and see if I can get it on catch up! Thanks x

I've had endometriosis for many years , I get the symptoms of a water infection sporadically. I've been tested , there's no infection. Exactly as you describe- the constant peeing - up and down all night , then the back pain which leads onto pelvic pain

I haven't had it for a while but im going through it at the moment.

I have no advice, except it sounds familiar. I've lived with it for so long!

Chloelouise92 in reply to Alex9

It’s crazy how common it is! Do you use any kind of pain relief?

10 weeks now Of constant pain. Posted on here before as after researching myself I had a lot of...

Trying to figure out if I have Endometriosis

uterus) - Period pain when running and not on my period. I am confused because 1 in 10 women have...

I’ve had 2 weeks prior to my period where I’ve just felt as though I’ve had constant period pain, I...

then, the pains have been getting more common and more severe. Now at 19, I'm also getting serious...

Have I got Endometriosis?

symptoms, painful intercourse (at times); a deep pain in my tummy rather than in my vagina but not...

Do I have a hysterectomy?