Proctitis flare - how best to manage - Crohn's and Colit...

Wondering if anyone can give some advice on how best to tackle a proctitis flare up. There is lots of info online but being a CKD-er (Chronic Kidney Disease) I've found great advice from those living with the condition on HealthUnlocked.

57 year old male. Had my first flare up perhaps 17 years ago. Had a colonoscopy and was told I'd got proctitis. It was treated with rectal foam + suppository and it went away after a month or so.

Fast forward 14 odd years. I'd gotten into eating pears like they were going out of fashion and was really windy on account of it. My back passage started feeling a bit raw and my sense was a definite association with the pears consumption. I then had a flare up: blood on stool and on loo paper and not feeling so good. I sat it out for a while but it only got worse so went to the doc who steered me to a gastroentrologist. Another colonoscopy and told "proctitis". Was given rectal foam (budesonide) and suppositories (mesalazine) and the flare cleared up after about 6 weeks (I continued the treatment for 8 weeks).

The gastro said he wanted to keep me on the mesalazine for life and I declined - one flare up in 14 years didn't strike me as warranting a life medication.

In Jan this year (3 or so years after the above flare) and at the end of a bout of Covid, there was the beginning signs of a flare: some blood on the stool and toilet paper. My doc wrote a script for the meds but before they'd arrived in the pharmacy, the blood stopped, movement was normal, so I didn't take the meds but put them on the shelf.

I mentioned CKD above. Recent science/Kidney authority recommendations indicate that a very low protein, plant-based diet slows or even halts progression of what has been considered, to date, a progressive, non-stop disease which will end in death or dialysis or transplant. About 3 months ago I embarked on such a diet and my consumption of fruit (and veg) naturally skyrocketed. Each day I'd eat plenty of fruit and for lunch would have a large fruit bowl of local/tropical fresh fruit with yoghurt. This to get calories on board. About mid June, 6 weeks or so into this diet, I got another flare. Foam and suppositories again and I'm into my 2nd month of meds as I write.

One other thing I notice from the new diet is that my movements are far softer and more frequent: perhaps 3 a day compared to the 1 morning movement before I went on this veggie/fruit diet. That might put extra "load" on the system?

My sense (and my wife's sense) is that fruit consumption is linked to flare ups. Have folk found this to be the case with proctitis? (Could it be that the Covid-flare was tied up with immune response to Covid attacking an existing weakness??)

(I've not been vaccinated, having had Covid and not quite sure how a vaccine and my kidneys will get on with each other. I read here that some say they link vaccines with a UC flare)

What is the best dietary way to help manage a flare? I'd drink beer and coffee, otherwise its just a vegan/vegatarian diet. I've reduced the amount of fruit I eat but still do eat fruit daily (apples, mixed local/tropical fruit bowl).

Anything else I can do to calm things down?

Thanks for any and all advice! 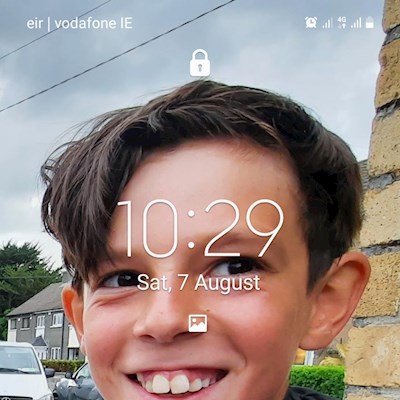 Skeptix
To view profiles and participate in discussions please or .
Read more about...
9 Replies
•

While I very much appreciate the internet, I do not use it to treat my disease. Diets are different for everyone, I do not handle many fruits or vegetables. The veggies that I do eat are cooked nearly to mush. I've tried every diet out there & then some. I finally decided denial was getting me no where. For some with mild disease they can treat with Pentasa & suppositories for proctitis. Crohns can sit there quietly until it gets a person's attention.

Skeptix in reply to SuzyQ67

Well, the internet has suggested to me that I cook my vegetables "nearly to mush" so I'll bear that tip in mind (seeing as I'm restricted to a veg diet!)

I have had a colonoscopy to diagnose proctitus. You need to get it checked where the blood is coming from. I have got a kidney transplant. Pentasa suppositories work for my proctitus.

Graham49 in reply to Graham49

I also suggest you go on a low inflammation diet, for example as suggested by Don Colbert in his book "Let Food be your Medicine". I wish I had done this many years ago. It might have made my kidneys last longer.

Skeptix in reply to Graham49

Well I'm supposing its the same source as the last colonoscopy. From what I can gather, I'm a fairly mild case. Am on mesalazine but given diet is producing signficant results with my CKD, I'm keen to explore how diet can help my behind..

I'll check out that book recommendation. I shifted to a veggie/vegan diet recently as kidney preservative and it's having good results so am open to diet for everything now.

I just hope this book doesnt' suggest something counter veggie/vegan, else I'm bunched!

The NKF's latest guidelines (2020) are advocating a low or very low protein diet as kidney preservative in earlier CKD. Might be something in it for you.

I don't know anything about kidney disease, but I've had proctitis for 12 years. I don't think I'd go for a fruit-rich diet during a flare. In a flare I'd definitely avoid fibre. Choose bland foods, white rice, toast, potatoes. I liked salmon, peas and rice.

Regarding the COVID vaccination, there is growing evidence that immunity from having had the disease is best. There's also quite a lot of evidence (on this website too) of UC patients suffering flares - some serious - as a result of the jab. So, you've had the illness, I'd play safe, and leave it at that.

As for UC meds, I found the budesonide or prednisolone foam effective. You might try adding oral budesonide (brand Cortiment) to the foam in case your UC has spread upwards a bit and is partially "out of range" of the foam.

Thanks v. much bresbo. The kidney disease isn't impacting me other than that I'm running a very low protein, plant based diet, vegan more or less. The trouble is: getting calories on board is hard enough fruit and veg wise without having to trim lots off.

Sigh. Into the breach we go!

Agreed on non-vaxxing. The contrary reports generally were anecdotal but significant in numbers enough to make me hold off. Then you get reports of Pfizer efficacy dropping to 42% and reports of natural immunity trumping.

I'll run the idea of other meds across my doc. I don't fancy another colonoscopy to find out whether things have spread. Tell me: how long would a typical flare last for you? Would you get them frequently? What do you think about my gut sense that flares have been triggered by high fruit consumption?

"Tell me: how long would a typical flare last for you?"

I haven't had enough to make any generalizations. But the last one ran only as long as it took to find the right medication (pred foam) which worked on the first dose. Unfortunately, it took a while to find it, largely because my local IBD clinic doesn't push topical meds because they think patients don't like them, even though NICE says they should be the first-line treatment. Go figure!

"Would you get them frequently?"

"What do you think about my gut sense that flares have been triggered by high fruit consumption?"

Absolutely right. If high fruit consumption didn't trigger your flare, I'd put money on it making things worse. Like I said last time, if you've got the trots, the last thing you want to eat are foods that can act as laxatives. You need stuff that bungs you up, stodge, school dinners.

I'm sorry that doesn't match to your CKD needs too well, so I suppose it's a choice of the lesser of two evils, at least in the short term.

Re the jab: "Then you get reports of Pfizer efficacy dropping to 42%"

Or 16% in some reports, and 0% for some conditions, even untreated. How badly did covid affect you?

With my proctitus things that bung me up don't suit me. The inflammation causes my rectum to swell, making the hole smaller and more difficult to defacate. Getting the balance right is key.

been using rectal mesalazine for years as suppositories to help with ulcerative proctitis. I'm...

How long does a UC flare up last?

by the colonoscopy that diagnosed me in the first place. My diagnosis was 'moderate UC'.

i am so fed up of living in pain and having flare non stop!

Flare up again - what causes it?

have any ideas on what causes flare-up's? I'm on the FODMAP diet and seeing a nutritionist so feel...

profuse diarrhea and then the leg pains started. My diet is so restricted now as most foods cause a...

What’s wrong with me?

A little heads up

Can Supplements cause Crohn's