Well that was definitely a step up!

I set off this morning with a little trepidation, I'm pretty aware of time and how long 60 seconds can feel if doing nothing, waiting for a kettle to boil or pushing yourself to a personal limit. So to bung on another 30 seconds I knew was going to tell on me at some point.

I was very conscious of starting off slowly so felt kind of comfortable up until the half way bell. I was still making an effort though and could certainly feel the difference to last week.

But crikey I struggled after the half way bell, not sure if there were two or three running sections but each one felt longer and longer and I was quietly begging to hear "you can slow down now."

I did it though and I'm quite pleased with that, it really felt like a challenge and I've won round 1 (I have a sneaky feeling C25K might win round 2 on Wednesday but I'm gonna give it a good fight). 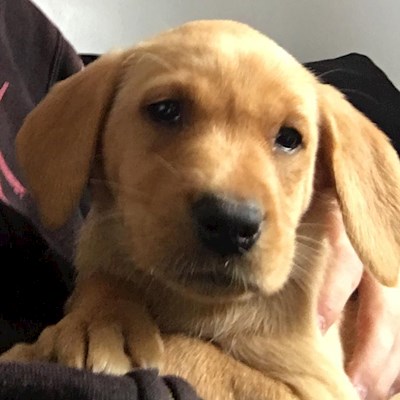 Remikins
Graduate
To view profiles and participate in discussions please or .
8 Replies
•

Well done 👍 Try slowing down the run to snail pace & I mean really slow!! It makes such a difference!! You will see on Wednesday. Meantime drink lots of water today & tomorrow & enjoy your rest day!!

I was very conscious of going slow but I knew by the end I'd gone back to "my" rhythm /pace which I'm clearly not ready for yet... Will try to keep it slow on Wednesday 👍

Well done for battling though it and getting to the end. There's no rush for this, for me it'll take as long as it takes. Now that you've completed W2 R1 you can go into the next two sessions with the confidence of knowing that you can do it. As everyone has said to me, just slow down & then slow down some more and you will do it. Each & every run prepares you for the next one. If you find that you have to cut a run short, then don't worry, that was just a practice, do what you can and push yourself, but only until it aches. Aches are OK, hurting isn't so listen to your body and you will be just fine.

Great effort, if the 2nd half is a struggle then as annie says, slow down more. Better to go slow and reach the end than have to stop walking early. At this stage you are just trying to keep going. Good luck and happy running

Well done for persevering and completing it! Just try to go as slowly as possible and I’m sure you’ll be fine on Wednesday. 🐌🐌🐌👍😁

90 seconds starts to feel shorter 😀 and each run prepares you for the next, go really slow at the beginning and you will have a bit left at the end

I’ve just done w3r1 today and didn’t think I’d be able to but surprisingly I’ve found each run through the week gets easier. I guess it’s the point of the plan. Good luck x

Listening to music has really helped me forget the time, first couple of runs I watched the timer and each run seemed to get longer and longer, with music on ot goes quicker, also the counting in 4s really helped. I'm no expert by the way 😉

After all the effort of previous weeks it feels great to think I can actually do this. Set off this...

last longer than the twenty! I did eventually get mind and body to settle into it but it still felt...

obviously I felt like I'd run for five minutes compared to last week's three, but it was a good...

Still feeling pretty good about finishing the program so set off this morning a little tired but I...

around 😜😂). By the end of it I was feeling it for sure but actually felt pretty strong and...

Run or not when a little stuff?