So week 6 run 2 was a couple of 10 min runs with 3 min walk between. It felt very comfortable so no problems so far. I think my biggest problem is the liklihood of picking up a cold from the grandchildren both of whom have colds.

Everybody's on the Run Noel Gallagher

Running up the Hill Kate Bush

Running Down The Saints

She's a Runaround The Undertones

How about you do you have songs with Run in the title to add to my play list? 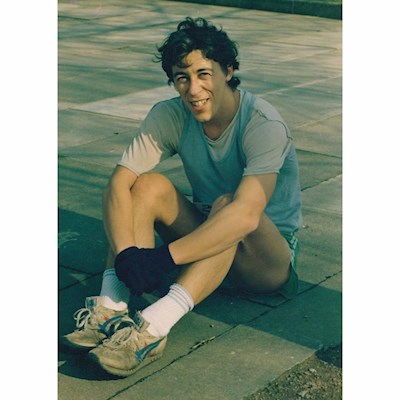 bingbongsong
To view profiles and participate in discussions please or .
17 Replies
•

Brian Adams - Run to you

Beetles - Band on the run

Runaway - The Corrs - maybe good for a cool down ?

Well done on the run btw 😁

I was putting together a playlist earlier and was thinking about a theme ... wish I had thought of this... anyway, here's a few more ideas:

Don't Run Away From Me Now (Kirsty MacColl)

On the Run (Pink Floyd - Dark Side of the Moon)

and congrats on the week 6 progress

Silent Running by Mike and the Mechanics

Running on Empty by Jackson Browne

Run the World Girls by Beyonce

Congrats on the run, we are at the same stage. No more intervals from now on!

Re music I have to use the podcast which means you keep getting the same songs recycled. A little puzzled why some of them have lines like “it’s not so easy now”, and “I have both feet on the ground” (no I don’t!).

Run Runaway by slade, makes me want to dance instead of run tho! 😂

Running Down A Dream by Tom Petty!

The Runner by Foals

No specific songs with running in the title but I love listening to Radcliffe and Maconie on Radio 6 Music whilst I'm running. Their choice of music is superb. xxxx

Run run run The Who

Describing Your Run by a Song.

Yesterday was my midweek run and unfortunately it was one of those runs :-( . Think I started off a...

suggestions for suitable Christmas running songs with traditional titles changed a little, for...

you; what is your favourite motivational running song? The song that gets you through the last...

‘can’t do this long distance thing’ Week 4 (as I’m running at night under a clear sky and admiring...

What songs do you run to?

I don’t think I could run as well if I didn’t have my music 🎧 What songs give you motivation or...
•
12 Replies