I graduated a couple of months ago but the past couple of weeks have been failing some runs. Only making 10/15 minutes. Has anyone else experienced this? 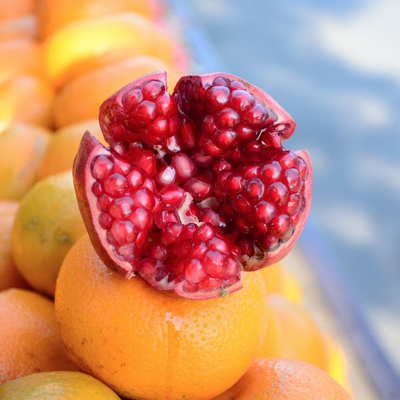 DoingthebestIcan
Graduate
To view profiles and participate in discussions please or .
12 Replies
•

You might need to stop for a breather. Nothing wrong with that 😃. Get your breathing restored and then run on. Going slower is often the answer

Don’t be downhearted. We all have to learn to run slower before we can get stronger and faster 💪👍🙂

I am still running at a snail's pace. My breathing is ok but I just feel I can't go on.

Have a mini break then, it can save your run Honestly, try it. Are you adequately fuelled before hand by the way ? If you run on empty you can run out of gas and your legs refuse to budge

So, two things adequate grub and the stop/s for a breather. If you take a drink the stop can be the chance for a few sips, maybe have a sweet and/or a stretch out, breathing restored to normal and then off you go

Have fun, don’t worry about stuff. You’re doing it💪😃👍

Don't eat beforehand just a few sips. Going on holiday first week in September so will have a break then.

I meant a break in your run! Just to stop long enough to get your breathing back under control. If your breathing is ragged then you're deffo going too fast

Do you do any strength or flexibility exercises?

No. I walk a lot though.

Maybe try the 5 week NHS Strength & Flexibility podcasts. They will help build some strength in your core and legs. Laura will guide you through.

Are you properly hydrated all the time and well rested? Going out fasted should be fine if that’s what you usually do. I suppose it could be the Toxic 10 (usually 20 for me) putting in random appearances. As MissW says, just take a breather or walking break and carry on, it’s allowed when you’re a graduate 😀.

If you don’t do any core or strengthening work now, as Hidden suggests, might be a good time. It certainly can’t hurt, well it might, but it will help the running 😆. Thinking various types of planks and squats, bridges, maybe a bit of yoga.

Running for 15 minutes is not failing, it's succeeding for a shorter time. How often does it happen? Lots of people plan to have one shorter run per week anyway. If there's a pattern to it (eg same run every week, or when you run at a certain time of day) there may be a case for saying OK, that time of day or that day of the week will be for my shorter run. But if you're feeling a bit jaded on your complete runs too then that may indeed be a sign that you need a wee rest. Apparently even elite runners take a week off running a couple of times a year.

Hi there, sorry I missed your post before, but like misswobble said below, please don't be downhearted, and try not to view them as failed runs either. Some runs are just like that, and loss of mojo is very common after graduation when suddenly you're on your own without a plan. I felt that after C25K as do many people.

For me it really helped having a plan again, so I started with the C25K+ podcasts, not sure if you've tried those. You might find the stepping stones podcast a good one, as it's interval based which you may well find helps.

You have that graduate badge, and no-one can take that away from you. If it's any help, when I got stuck in a rut after C25K, I re-did some of the landmark runs, W5R3, W6R3 (just to prove to myself I could still do those) and then W9. That gave me the confidence to get back on track.

All the best, oh, and don't struggle alone

Thanks everyone for the latest posts. Have just picked them up. Great advice that I will try. Particularly like re running landmark runs 😁

got slower, there were a couple of times when It felt like I was almost running on the spot. 😖...

I'm still here, jogging on. A couple of my post grad weeks were a bit unfocused, and I just ran 5k...

up to being able to complete week one day one on Tuesday. So went for Week 1 day 2 today, and it...

breathlessness which I had been blaming on my running not being as rigidly structured as it had...

I've gone back to running Wk3 as Wk4 has me defeated. Three times I tried to run Wk4 but I just...

Running helping anxiety, anyone else found this? I’d like t...