Well I've finally reached week 9, getting my once a week runs in slowly but surely. Managed week 8 fine and really thought the extra 2 minutes wouldn't be a problem but, exactly a week after my final third run of week 8 I went outside to the park to do the first 30 minute run. Now, my normal runs are on the treadmill which I've concluded are definitely easier than the great outdoors, but I found that I just could not run further than 25 minutes. I was devastated but kept myself going for 25 minutes when my legs and body wanted to stop at 20. I really pushed for that extra 5 minutes but that's less than I should have gone! I never normally run in the evenings either and this run was done straight after work. My question is this... shouldn't I be getting better at this and finding it easier as the weeks go by? I feel like I'm going backwards and am scared to try again in case it's even worse. Any words of wisdom to make me feel better would be hugely appreciated. Thanks. 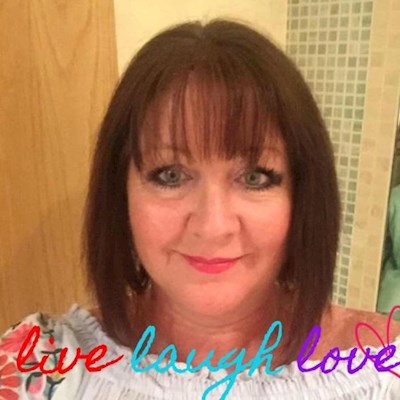 Jigglemooce
Graduate
To view profiles and participate in discussions please or .
15 Replies
•

You had a bad run. It happens. It doesn't mean you have lost all your Gainz. Shrug it off and press on.

When that happens I just think, oh, got a 20 minute run in, got 3 pullups. I write it in my journal and get on with the day.

You've said the reason yourself: your normal runs are on the treadmill and this was outside. Outside is harder and very different. I bet if you went on the treadmill you could do it. So don't worry about it, just repeat and carry on as usual! As Rignold said we all have bad runs.

Thanks both of you. I just assumed that you get better each time you run so earn prepared for a setback. I will try again tomorrow morning on the treadmill and hope it's better.

Ah, a very dangerous assumption. Everyone has made great points about good runs and less good runs, so be prepared that setbacks are a common occurrence in running as in the rest of life... but actually us runners often don't get better every run because we end up increasing the challenge. That's something to be very careful about once you graduate!

If you think about it, and are working on the basis of long term lifestyle rather than 'athletic career', performance is going to drop off eventually if you live long enough. So we need to have other reasons, other markers of success.

I'd say the majority of us have a 'wobbly' run in the last few weeks of the programme and it is a worthwhile learning experience.

I found this with Week 8, not on treadmill as always outside. I found it really knocked my confidence, but you can do it & you've done it before so put it just down to a bad day. I felt exactly like this the other day. Keep on keeping on 🏃‍♀️🏃‍♀️🏃‍♀️good luck

When I went from 28 to 30 minutes I ran the extra two minutes first then focused on the 28 minutes I had done the run before. My head really needed that trick as I was so nervous and convinced I wouldn't do it.

Best of luck for your next run, you'll be fine

I did one on Tuesday morning... talk about hard work!!! Then this morning... sheer joy!

Just put it behind you, and go out fresh and positive ...you have come this far.. why should it go wrong?

Go for it.. and succeed

people 'round here are smart. All I can add is "listen to them!"

It has got better with each run! You've got to 25mins! Well done! That's a feat in itself yes? We all have the odd duff run, just move on..😊

Running outside is apparently quite different - I've never run on a treadmill. Many seem to find the adjustment a bit tricky and the main problem seems to be having to set your own pace. It's quite likely that you just went too fast at the beginning and couldn't sustain it for longer than 25 minutes, but 25 minutes is still an impressive time to run for (think back to where you have come from).

I'd actually suggest trying again outside. Perhaps even go back to W7 for a run so you deliberately "just" run for 25 minutes and finish knowing that you achieved what you set out to. Then do a W8 run (or just start with a W8 run), then go for W9.

Enjoy the great outdoors, it's most liberating!

That is it exactly.. different! When I was using my cross trainer, not for my rest days strength and stamina exercise, but because I could not go outside ( broken rib incident...)... it was so useful, but, getting outside again, although I had kept fitness levels up and my legs were strong, it was so much harder!!!

I love this idea, thank you. And I think you're right about trying again outside as I don't want it to be a mental monster as my whole sim in learning to run was so that I could run at the weekends with my partner. Outside! Your positivity has cheered me up.

I'm dreading out side. My shins hurt enough on the treadmill and thats going to be the hardest adjustment when running on harder surfaces. The pace thing I feel I can adjust to but also because the treadmill is almost giving you a little push with every stride. Still.. It all counts. I'm on w6d3 on Sunday. Contemplating doing it outside.

say is fitter than me, tried day 1 of c25k yesterday and he couldn't run for a minute; and on the...

revisit week 5 and get a feeling of success back. I did w5 run 1 easily with extra running in the...

issue, but I've not been able to complete 3 consecutive 30 minute runs in nearly 3 weeks of......

get past this week and don’t manage to do continuous running but have to walk then run throughout...

Da TRUFFE ABOUT RUNNING Part One .....THE IMPORTANCE OF COMM...

Grab your baked in the sun JUNE graduation badge here