I'm just wondering what apps everyone's using for measuring distance. I don't need anything fancy, and I don't have a Fitbit or anything like that. Just curious to see how far I'm going currently (W8) so that I can work up to the 5k in future. I downloaded Runtastic, but finding it a bit of a pain to use. Are there any that just do the job without having to link up to social media and all that malarkey? 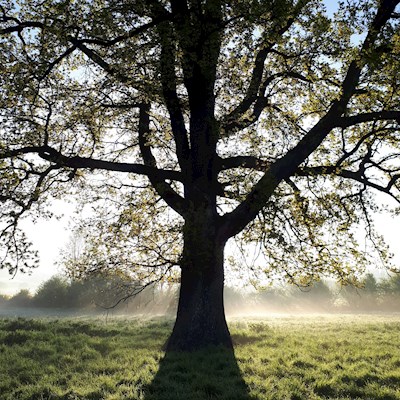 Zutter
Graduate
To view profiles and participate in discussions please or .
11 Replies
•

i asked the same question a week ago, and found out my samsung phone had an app called samsung health. works a treat. i was recommended strava and mapmyrun but both wanted personal details and your PIN number! (i exaggerate mildly but you know what i mean). good luck.

Didn't realise the Samsung app tracked distance, so I'll give that a go for now, cheers.

I also asked the same question a little while ago, and Strava and MapMyRun were mentioned, along with the phone’s built in app.

I tried MapMyRun yesterday just to test it out (not up to 30 mins yet), and got a bit discombobulated trying to sync all the apps together. It kind of worked .....

I use basic Runkeeper. Nothing social to it for me (unless you count the option to have audio cues for distance etc that include "Think of all the pain au chocolat now you can eat" in an outrageous French accent or the deep American accent bellowing "You run like a hippopotamus... actually they're quite fast")

Hi there, I’ve tried Runtastic, MapMyRun, Strava and Runkeeper. All have a free functionality but you can pay to upgrade to premium features. I like Runkeeper for a variety of reasons- the look of it, the functionality and the fact that you can set the voice prompts to km and time. I wanted to like Strava (lots here seem to use it) but I couldn’t see how to set the prompts based on time which is important to me at the moment.

I’ve used Strava from the beginning and has been pretty reliable and it’s free. I now have a Garmin watch which auto uploads to Strava and have to say the Garmin stats is more accurate.

They are all pretty much the same reliability wise (as a phone app) as long as you have a good GPS signal.

I find Strava works for me, and it records my bike rides too. I use a Fitbit charge 2 but Strava will work with the health app on your phone. The apps do need to access your health data but Strava asks for less and doesn’t share it as much as map my run, which is from the under armour brand.

I started using an app on W1R2. Initially used RunKeeper and was happy with it. I switched to Strava when I was reading about Parkruns and they mentioned something about integration with it .. I thought well if they are using it! So switched. The good thing is that for most systems you can switch around and keep your data if you have a computer. You can download the files normal either a GPX or TCX file which contains all the important information about your runs and import it into the other system.

I'm still in W1 but would like to know how far I'm hauling my puffing body on each run. Can anyone...

interested to know what apps people are using to measure how far you are running - the one I'm...

Hi everyone, does anyone have any advice on apps that track your run distance or run planning to...

advice on Apps, thinking of putting a running Watch on my xmas list but would like the best app...

I was wondering if there is an app out there than I can put on my phone (android) to measure the...