Second consolidation run: Went on my second... - Couch to 5K

Went on my second consolidation run last night. It was one of those tougher runs, where my legs were protesting, and it was hard to keep going - plus my left knee started kicking up a bit of a fuss (wtf left knee?!). I focussed on Oldfloss' words, trying to run slowly and gently, soaking up my surroundings (sadly not as picturesque as a Welsh beach) and thinking of all the people who had posted having made it out there for their run and pushed through despite feeling tired or reluctant. You all kept me going. All that mattered was just keeping on going to the end, one foot in front of the other, and when I got to the end of the 30 mins I was surprised to see I wasn't that far adrift of 5k after all so persuaded myself to keep going till I got there. So overall outcome much better than expected when I set off.

Looking at my 'stats' afterwards it was so obvious I was struggling with that run - my pace graph looked like a mountain range, all jagged peaks and troughs, despite at the time feeling like I was being all steady and consistent. Inexperienced fledgling that I am. I actually laughed it looked so ridiculous. I might take a few more rest days before the next run, will see how I'm feeling.

Good luck, wherever you are on the programme 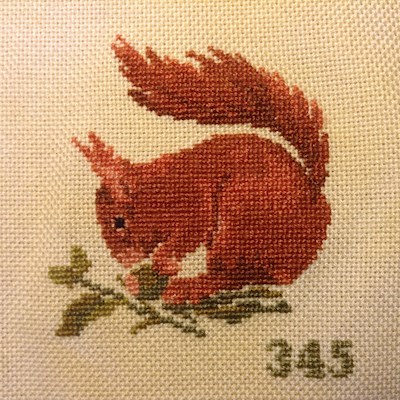 Eiralas
Graduate
To view profiles and participate in discussions please or .
21 Replies
•

Well done for toughing it out 👍👍👏

Well done Eiralas! That’s the spirit that keeps us all going!! ❤️

EiralasGraduate in reply to Fabulous450

Thanks Fabulous - I was thinking of you going out for your run when you felt tired and achy, and that helped to spur me on

Great stuff! Posts lots less this will help me be determined tonight! 😀

EiralasGraduate in reply to _SimonT_

Determination can get you through, and then it feels so satisfying

Well done, especially for pushing through. Dead jealous of your distance (but I’m going to get there eventually).

Cheers Jay! You will get there, and it doesn't matter how long it takes. We're all different and starting from a different baseline - I walk super fast anyway (I walk everywhere and I'm always late!) so probably had a reasonable base level of fitness before starting this, plus my route is totally flat. My distance will change drastically once I start tackling the hills

Superb. You made it through and laughed at it in the end. Double bonus 👍😉😀

That sounds pretty darned awesome to me, hon xx

Thanks Sallenson! You're a one-man cheerleading squad - or do you secretly have the EJBs writing posts and replies for you? *suspicious*

Well done! I've got my first consolidation run in the morning and I have no idea how it will go! Running on my own for the first time not with my sister... !

EiralasGraduate in reply to Ang33333

Thanks Ang - I hope your run went well, and you coped being sister-less.

Cheers! It does indeed...

Very well done! Runs like this make me more determined to nail the next run. I’ve had a couple of these runs of late - I blame the heat!

You're right, they do! Can't use heat as an excuse at the moment, up here in the frozen north.... Well done you for keeping on going in the heat!

Too cold maybe??😉 Roll on some cool days! Good luck with your next run sure you’ll kill it! 👊🏼

Cool days FTW - it's been quite a nice temperature for running. I'll try and send some over. Thanks for the kind wishes too

Thanks! Pls send to Bournemouth. 😎

blue sky but beautifully cool for an early morning run.. so after a lazy last few days, today we...

I Even found running through all the mud distracted me from the fact that I was running up hill.

windy but it felt so good to be out running and was so pretty with all the leaves blowing around!!...

zigging and zagging to keep in the shade and on the flat as I’d to do the school run with the...

It was the most comfortable relaxed run I’ve had. I managed to run 5k, took longer than the 30...