Where do we go from here?

I don't think I want to leave just now as I'm waiting for a few of my favourites to graduate first at least.

Any of us feeling sad as we've completed and a bit lost now? Or am I just being silly? Unsure 😐 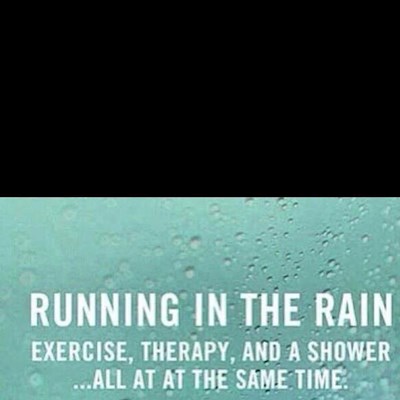 Kar43
To view profiles and participate in discussions please or .
63 Replies
•

I've finished the programme but am not at 5k so am going to continue consolidating and slowly increasing distance. Slowly! Maybe a park run next month? Not really looking to move to 10k in the near future. But who knows!

I'd be happy to stay here for now too

Kar43 in reply to davelinks

Thanks will sneak a peek

You'll be on the podium before me, but I've been mulling over this. In a way it's going to feel a bit like bereavement; all these odd friendships that have sprung up and none of knows who'll still be around. Unsettling but exciting at the same time.

There's no app going forward. There are a bunch of others on the market (a lot of which look pretty dubious). I'm planning on changing schools into ju-ju- 's Bridge to 10K class. If she'll have me. See what happens there.

There are the 5K+ podcasts too, but by the sound of it they're pretty tricky. I'd like to align them with Ju-Ju's plan, but don't know how to do that. Someone will have worked it out tho.

We'll be with the bigger children then. I hope they're nice to us all and don't laugh because our parents bought uniforms that were too big.

Whatever happens, we won't be bored and hopefully some of old chums will come along too.

Ah this is why I can't seem to find any then, shocked there isn't any follow on programme though 🤔

I was at the podium yesterday graduation 👨‍🎓 😉 all done ✅

Feeling deflated today though don't understand, is it because it's over? Isn't this what I wanted oh my how sad ay 😐

Link to the "starting gate":

I think there's a "new intake" due in a couple of weeks' time but ju-ju- will let you know.

In the meantime you could just do a couple of weeks' consolidation (repeat W9 until you can't stand it any more).

Find a few recent grads in the same position as yourself; they'll be more than happy to help out.

I'll just stay here in the Nursery and cry for a bit....

I think I will just stay here for now then, I'm pretty much scared to leave 😐😉 I've been going over it past few days and I'm not happy to venture just yet maybe not for a long time 😊

We still get milk at break time (with a straw) and fruit. I think they have to make do with quinoa and coconut water in Big School....

Definitely stay here for now then 😂 I do like the milk

See I'd miss you all too much (hence the post)

Ripcurlrana71 in reply to Kar43

Hey Kar! I graduated 2 weeks ago and still part of this group. Can’t leave my loved fellow c25kers! But I have joined middle school and signed up for Ju-ju’s 10K programme which I can’t wait to start middle of June! Looking forward to my fellow C25kers to join me in my new class of Bridge to 10K! 👋🏼

Kar43 in reply to Ripcurlrana71

As long as we get to play Bridge, that works for me. Playing Bridge and running at the same time might screw up my bidding tho

Don’t know how to play bridge so you’ll have to teach me!

Was just about to suggest keeping one foot in each boat by following the Bridge to 10K forum and this one. Ripcurl beat me to it. I'm already following despite not having graduated - all my friends were there, so I keek in to see how they're doing. Wouldn't be right not to! I'm not sure I'll train for the 10K yet, but will probably borrow some of the advice and guidance on increasing from 5K, even if it's not to 10K.

That said, never say never. I may be unduly influenced by the big girls and boys.

I am, however, planning to start the Zombies, Run app very soon. If you turn on chases then it's pretty much interval training I believe.

Don't worry, we'll come up with some fun post-grad nonsense.

Kar43 in reply to

You know you’ll be tempted to join us! 😬

Kar43 in reply to Ripcurlrana71

ju-ju-Graduate in reply to Kar43

Come find us when you are ready... we also still have the milk ( and naughty sweets!!)!!!

Thanks ju ju will find you soon

BerksroverGraduate in reply to ju-ju-

Where do I look? Currently consolidating but looking for the next structured programme

Awwww yaaaaaaay!! Well done Kar - I’m planning to complete on Thursday so see you on the podium! Definitely not ready for Big School yet 😂😂😂

Kar43 in reply to BethMay

Good luck on Thursday Beth. Speaking has someone who has just moved up to the big school (first postgrad run this morning - 5k!!!), you’ll be fine, they don’t bite. I’ll keep an eye out for you on your first day

Ooo I haven’t thought past graduation. I’m scared now too. I’ve only 2 weeks and a day left.

Is it against the rules to have our own graduation post where we can all post (almost miss-spelt that with pist! Appropriate? 😂) and keep in touch? I don’t wanna leave my fwends whaaaa 😭 *rubs eyes with fists*

Kar43 in reply to SandieF

Sadie they sounds like a good idea, can we do this?

It's perfectly natural. I felt exactly the same. I have no intention of leaving here. I still have the app but I don't need it now.

Decide where you want running to take you but mainly don't worry, it will be OK. Honest 👍😁

Kar43 in reply to GoGo_JoJo

Gogo_jojo ah great nice to hear others on same boat 🚣

My love of running 🏃‍♀️🏃as with lots of us will just get more and more and I wouldn't want to lose my running fun buddies....you've all got me to graduation I can't leave 😉😊

There's so much to do after graduating you're spoilt for choice 😄. The link posted by davelinks gives you some idea.

When I started here (knee high to a grasshopper and not much more now) there was no follow on as the NHS just wanted to get people active and then you were on your own. It was down to sheer persistence by peeps that the 10k bridge and the Marathon forums came about. This is why there are no NHS 10k apps. Juju's plan is a good one with lots of graduates.

But you don't have to leave here. You can join the other forums and still come back here, no reason why not.

Glad you have been convinced you can stay in this forum - look at the number of people with their graduate badge still posting and replying regularly! And of course the bridge to 10K forum is there when you are ready.

As for the C25K+ podcasts and ju-ju-'s 10K plan, @sallenson basically I have seen people suggest:

Consolidation (couple of weeks as preferred),

Then C25K+ podcasts, then start ju-ju-'s plan, then podcasts by Sami Murphy.

But also you can keep the C25K app - I see plenty of grads say "I didn't have much time so I put on week 5 run 3 and went out" - use it as you wish! Though I suspect* that some of them are quite loath to leave Mr Smooth's dulcet tones behind. Lots of people say they use the C25K+ podcasts over and over, too. Good for form, apparently.

*suspect meaning... they've admitted to it

I'm sure someone posted that they just did the whole programme again, but substituted "jogging" for "walking" and "sprinting" for "running". But that may just have been a very bad dream...

ickleguiGraduate in reply to Kar43

i think it gets tough pretty quickly after week 1 - there's no way you can sprint that long nor, I imagine, would it be advisable to try especially as a new runner! I think there are more suitable interval suggestions and paces

ickleguiGraduate in reply to Kar43

yep! I just checked to see if you posted on the grad badge thread before I point you at it, and you have, but maybe the badge fairies need a reminder

Ooh my badge is on on my profile 😊

Kar43 in reply to IannodaTruffe

There we go then I'm staying put too 😉

BaddieThePirateGraduate in reply to Kar43

Well done on graduating! You all have to stay to keep the rest of us believing we can do this thing called running!

Kar43 in reply to Saartjie

And you can do this running 🏃🏃‍♀️thing 😉😊

Where's your graduate badge?! ask Oldfloss to sort you out!

I'll be here for a bit and then off join ju-ju on the bridge.

I thought I got my badge 😲oh lol.

I did write on the post oldfloss put up via the link someone gave me) but she never replied to me, maybe she missed my reply maybe

OldflossAdministrator in reply to Kar43

Is my graduation badge on now Matt?

Marvo69Graduate in reply to Kar43

Hey Oldfloss , can you sort a badge for my mate Kar! xXxX. She's really very deserving

OldflossAdministrator in reply to Marvo69

She is sorted now...

Getting all the graduate badges out for C25K and Bridge, means we do sometimes miss folk.. thank you for the nudge...

Thanks my friend. You must have hundreds to keep track of!

OldflossAdministrator in reply to Marvo69

There are a lot.. over 200 in the last three days... and because I have small runner in training on two days..( three, this week) I have play catch up...

Thats a lot of badge polishing Floss, you are doing a grand job 😃

Eeek, being an admin or mentor volunteer brings some pressure at times.... good job we can deal with pressure 😳

It’s there; I see it. Looks like Floss gave it an extra polish......very nice!

What next after C25K?

Just wondering what most people have tried once they have finished the programme. I am quite happy...

C25k Complete. What Next Opinion

picture which I could turn into a timed app similar to the c25k program which works on a fixed pace...

Next Run and what after?

What next after graduation (a review of 1 month post C25k)

a minute faster than I thought I would do. Now I can't wait until I can have a go again to see if I...