Hi folks,well I think its almost been a month,after numerous calls,and left voice mails messages I have had the response I expected,Nothing no call !!!,phoned gp !! And after a discussion about things he said just keep taking the medication, just wondering should I be ill with stage 4 cirrhosis,and gall stones, and should I have any pain,or won't he just admit after 17 years of aspirin done me,well I feel fine,I'm planning moving to Spain,set my goal,stopped all my meds in April this year,been jogging walking, lost near 2 stone, feel pretty good,not recommended !! But the meds I found our I shouldn't have been having with my underlying heart condition,just the fags to pack up,it been bloody hard work,why don't they just listen,rather than condemn us all as useless alcoholics,love to you all , 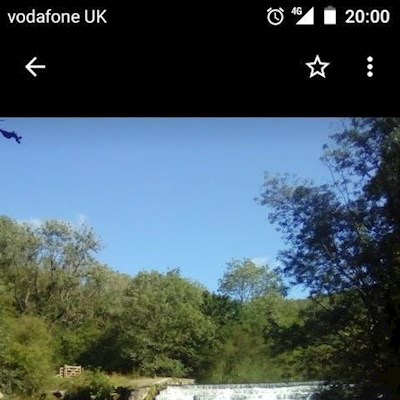 Charloy
To view profiles and participate in discussions please or .
Read more about...
10 Replies
•

Hello Charloy, the Covid backlog has knocked everyone for six and it's going to be a long time before the NHS recovers (if it ever does). I've just taken a look at our local hospital's A&E wait times and we are looking at over 130 people waiting to be seen with an over 4-hour wait time.

Many of the local GP's are still only doing telephone consultations, so people are going straight to A&E, this in turn is putting so much additional pressure on the hospital and staff.

My local area has also seen a massive increase in the amount of admissions due to alcohol abuse as more and more people have been drinking a lot more at home.

I personally would think seriously about moving to Spain. You maybe in need of urgent medical care further down the line, and being an expat, you'd not be entitled to free treatment on the NHS. Also, if you were to be treated over there in Spain, they won't have access to your medical history: expatnetwork.com/expats-hav...

If you do decided to go to Spain, then good luck and I hope everything all works out fine for you.

Its soul destroying,I suppose covid made my consultant read someone else's notes to treat me,in a panic,according to him I'd been suffering with cirrhosis since 2014,never seen a gp since 2003.its been hard !!!!!,my trust has gone completely,

Is it alcohol related your illness

Positive001 in reply to wilmawemyss

Hi.Oh without doubt when my husband was drinking to such a degree he developed cirrhosis, it certainly did hurt myself and our children. Not physically but it was mentally and physically exhausting for us. He was completely oblivious to how his addiction and illness was destroying the wonderful life we had before alcohol took over his mind, body and soul. His priority was himself, all that became important to him was where his next drinks were coming from. I am by no means alone. I can't say l have spoken to any members on here, who have partners who are seriously ill from alcohol, who aren't close to breaking point while trying to care for and save their loved ones from their addiction.

When you say stage four are you talking about fibrosis, so stage one cirrhosis?

With stage four cirrhosis (i.e end stage), you would be seriously ill and moving to Spain simply wouldn’t be an option. You would most likely be under the care of a transplant hospital.

That's great news for you, doctors don't listen and put everything down to the drink. Other people that don't drink have health problems too. I wish they would just listen rather than blaming everything on the alcohol,,

My last clinic meeting I had gathered enough documentation to prove a lot of my issues was aspirin related,17 years I'd been taking them,he dismissed a professional opinion of which I had sourced,and suggested that my behaviour was out of order and wanted a GGT test to see if I'd been drinking,I could bloody not believe it,from near death last march,with internal bleeds,he said it was all alcohol damage and I wouldn't get on list because of alcohol abuse,his diagnosis was cirrhosis, with varices,portel hypertension,severe liver disease, decompensated liver etc,now fully compensated normal bloods, feel fine,he has suggested numerous times of it been cancer,3rd scan nothing,my last scan showed gall stones,course echotexture,he has refused me a second opinion,saying its all alcohol 100% but yet he won't give me a letter to that effect,its with my barrister,I still haven't had any news in last two month regards my gall stone treatment,if there is any,which he said was seen last year,but only just found out,its a joke,I have left 6 voice mails ,endless calls,Gp won't get involved,think he maybe upset that the trust or investigating as they are Gp,all the best ,its just sad,even if I'm correct they will still continue to work,

Exhausted all the time!

really struggling. I just about manage to look after my puppy. I feel like I just need a break as I...

Just in the nick of time

school and called my GP. Get to hospital now, no time for an ambulance. I swiftly packed an...

long you have been waiting for your transplant . Or how long before u had it done . Just been nosey...

stopped till now, some people just want to be pandemic about dates, all Is I've counted 11 days my...